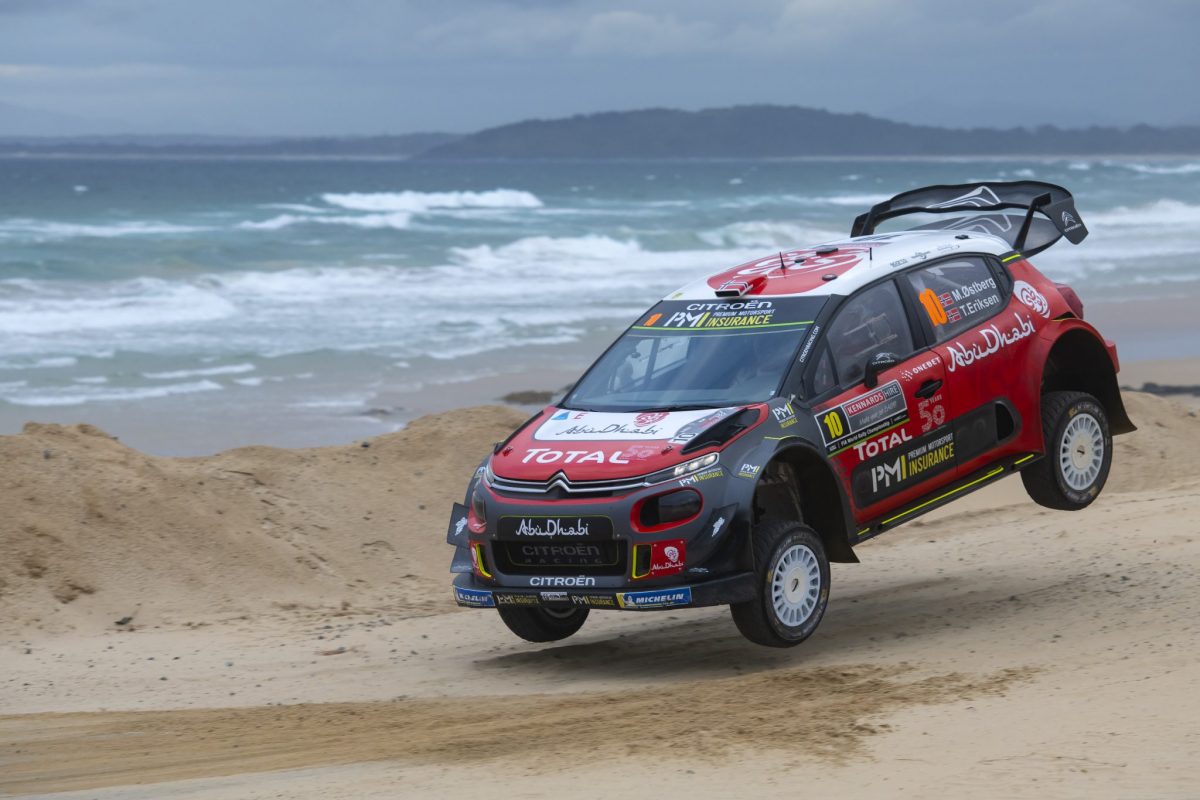 Mads Ostberg on the super special

The Citroen driver holds a 6.8s advantage over team-mate Craig Breen who climbed to second after two runs through the 1.27km super special held on the Coffs Harbour Jetty.

Toyota’s Jari-Matti Latvala has dropped to third with the Finn 8.7s adrift of Ostberg.

Rally Australia continues tomorrow with the crews set to tackle 10 stages including another two runs through the Destination New South Wales Super Special.