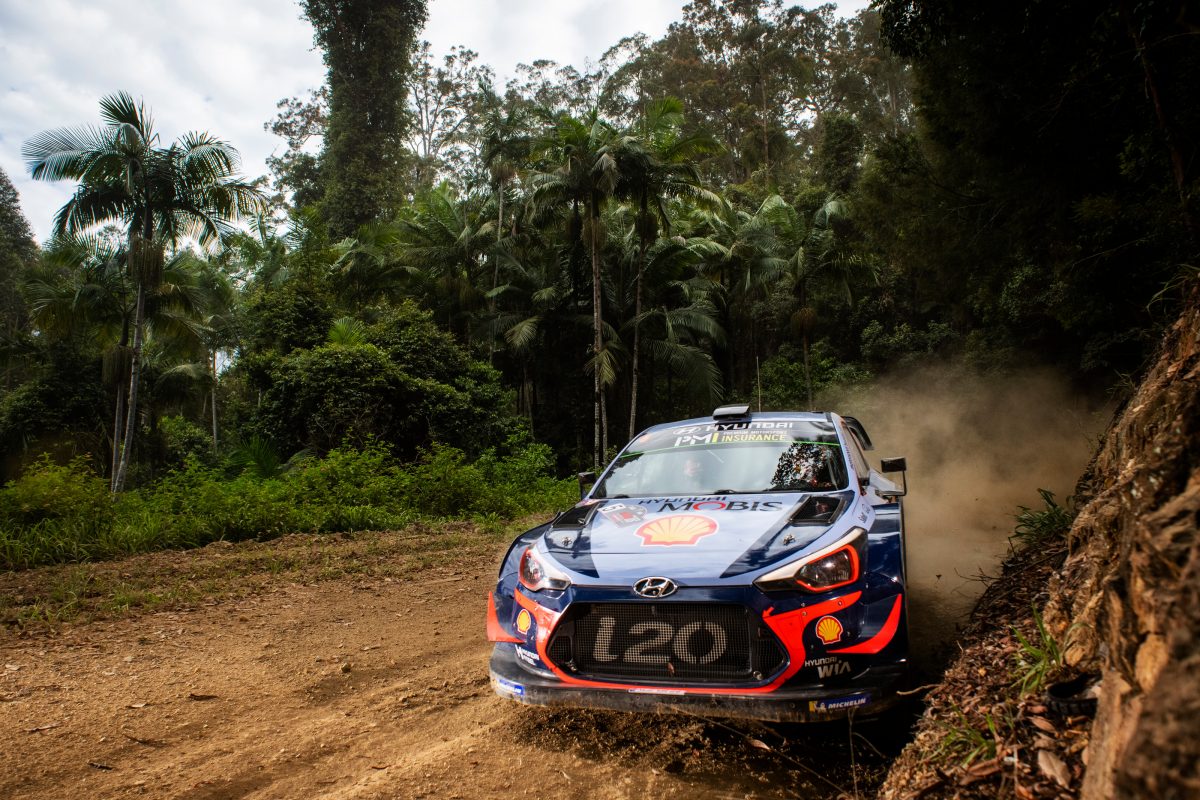 The Citroen driver has moved into 6.2s advantage over Toyota’s Jari-Matti Latvala with Citroen’s Craig Breen in third after Stage 6.

It proved to be an eventful loop of afternoon stages with championship hopeful Neuville losing time on the final test when he ran into a hay bale, which marked out a chicane on the second run through Sherwood.

The impact was only slight on the i20 but caused the Belgian to lose 21 seconds.

However, worse was to follow as Neuville, who is three points behind Sebastien Ogier in the standings, suffered a left rear puncture.

The tyre came off the rim upon landing from a jump.

As a result, Neuville has dropped to 10th with the Hyundai driver 1:12.8s adrift of the rally leader Ostberg.

“I push like crazy, this was worse than this morning – I was on the limit, including on the jump,” said Neuville.

“On the landing of a jump the tyre came off the rim.”

Championship leader Ogier has moved to seventh in the M-Sport Ford while fellow title contender Ott Tanak (Toyota) has climbed to fifth which was helped by a victory on Stage 4.

Tanak’s run was not without drama though as he tore the front from his Yaris after going through a water splash on Stage 5 (Coldwater II).

Meanwhile, New Zealand’s Hayden Paddon has jumped to fourth overall in the only other remaining Hyundai after Andreas Mikkelsen suffered a crash having lost concentration when an event tractor appeared on the live stage.

In the Australian Rally Championship, Harry Bates continues to hold a commanding lead over Steve Glenney.