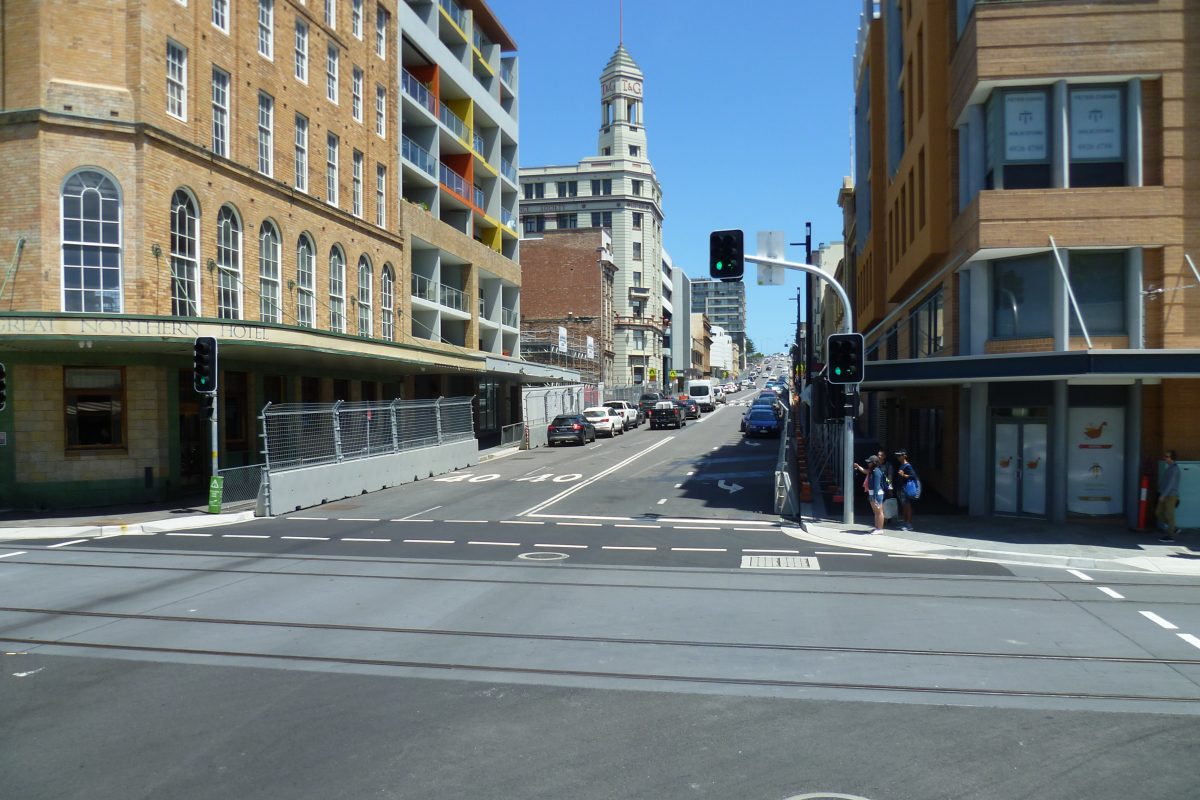 The light rail tracks which cross the circuit on Watt Street

The Newcastle East Street Circuit, which will see Supercars potentially cross tram rails for the first time, is taking shape ahead of the season finale next weekend.

The second running of the Coates Hire Newcastle 500 will see minor revisions to the circuit, as well as the quirky addition of a rail crossing just before the climb to Turn 2 begins.

As previously reported by Speedcafe.com, the newly constructed Newcastle Light Rail line will cross the circuit at Watt Street, just over a hundred metres from Turn 1.

While a straight on this year’s Zurich ePrix circuit ran along tram tracks, and the former San Jose Champ Car circuit featured a particularly wild crossing of rails, such an element is unusual in Australia.

Warwick Farm Raceway ran over the horse racing course with which it coexisted, requiring timber boards to be laid down for motor racing, but it is believed that the 2018 Newcastle 500 will likely represent the first time in half a century that cars have raced across rails in Australia.

The Longford Circuit, which hosted the Australian Grand Prix and Tasman Series in the 1950s and 1960s, ran under a railway viaduct and back over a level crossing, but bridges which formed the original circuit have since been demolished.

Newcastle, unlike Longford, features a relatively flat crossing, including a surface change to concrete and back to asphalt again.

The line runs along Scott Street, which forms the short straight between Turns 8 and 9, but terminates in the infield and therefore does not impact any other part of the track.

It is understood that Supercars is looking into the possibility of implementing measures around the rails, but no such measures have been confirmed.

The race line is perpendicular to the rails, where cars are accelerating.

“The tram rails are not envisaged to cause any concerns,” Event Manager Kurt Sakzewski told Speedcafe.com.

“Street circuits generally have a range of similar items such as manhole covers, drain covers, line marking, uneven surfaces and the like. That is what makes them so unique and in most cases great for racing.”

The intersection in question gained infamy last year as the location of the contact between Scott McLaughlin and Craig Lowndes which saw the former penalised and lose the championship.

While a gate will be installed this year to allow streets to be opened quicker, Sakzewski says that the perimeter of the circuit itself remains unchanged, despite the appearance that a wall jutted out last year.

“The angle from the chopper cam gave the impression that the barrier wasn’t straight, however this was not the case,” explained Sakzewski.

“Neither barrier is any further on the inside of the track than the other.”

Walls will, however, be moved back from the inside of Turn 1 to open up the tight pit exit lane, as well as at Turns 6 and 11 to improve sight lines.

Concrete strips at Turns 8, 9, and 12 which came to be after overnight surface works at last year’s event will remain.

The concert has moved to No 1 Sportsground, around 2.5km away, due to some support category paddocks shifting into the infield as a result of city revitalisation.

Spectators will, however, periodically be able to cross the circuit, including between sessions, which Sakzewski believes will be a boon for local traders.

“There will be ground level track crossings at the Hunter St Bridge, Nobbys Beach and pit entry,” he noted.

“This will make access to the CBD and Nobbys Beach easier for patrons and locals while opening up the CBD each day to foot traffic, hence funnelling people into local businesses.”

The Newcastle 500 starts next Friday (November 23). 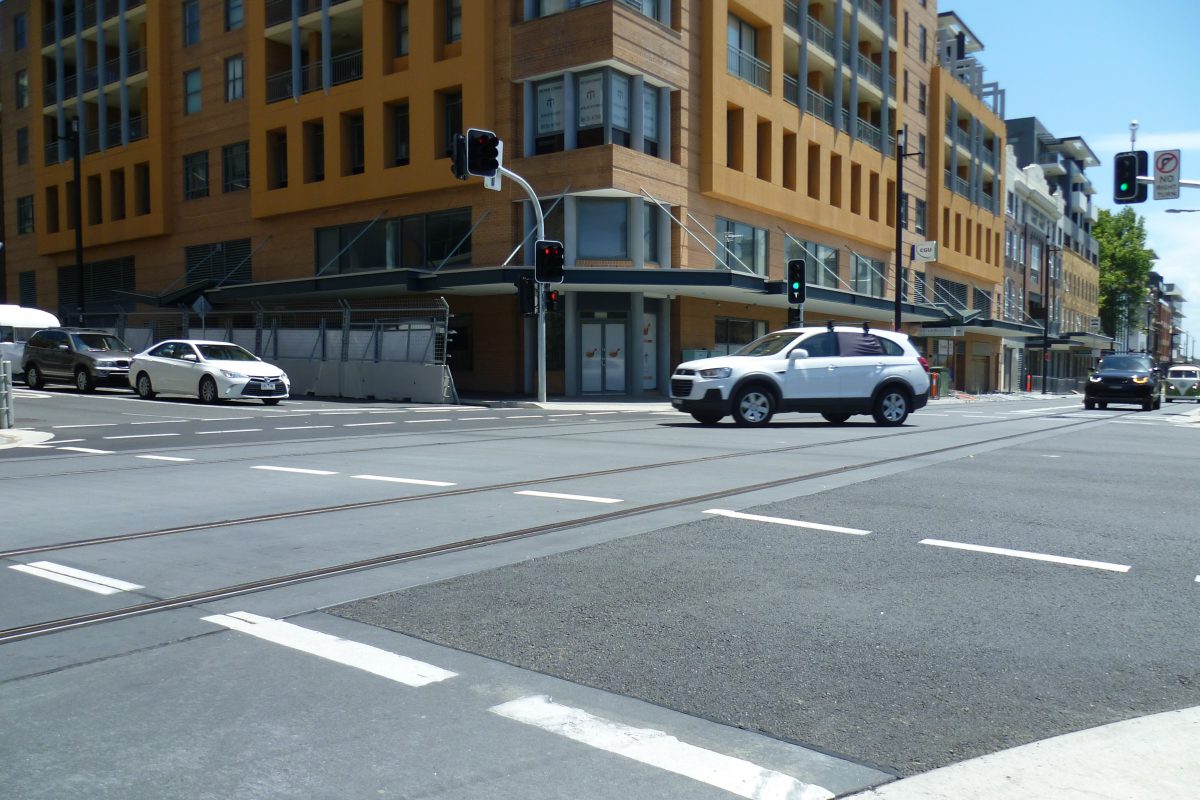 Another angle of the rail crossing 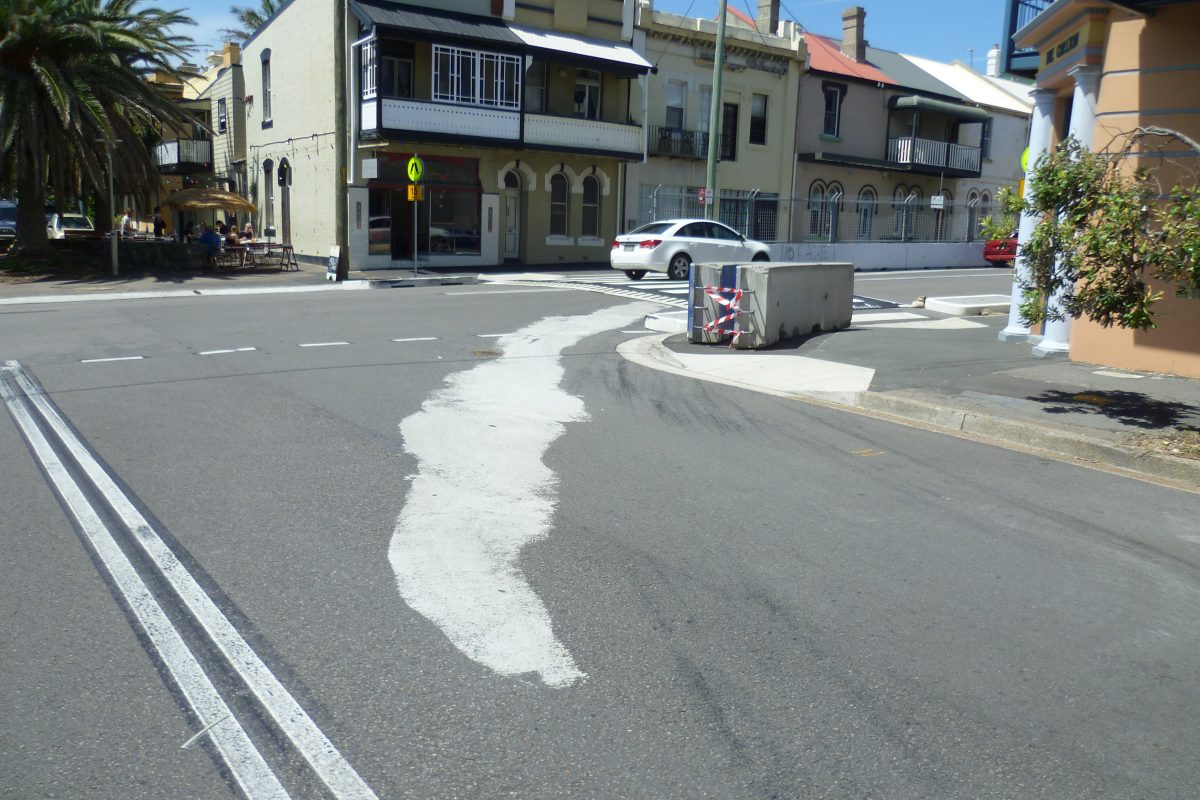 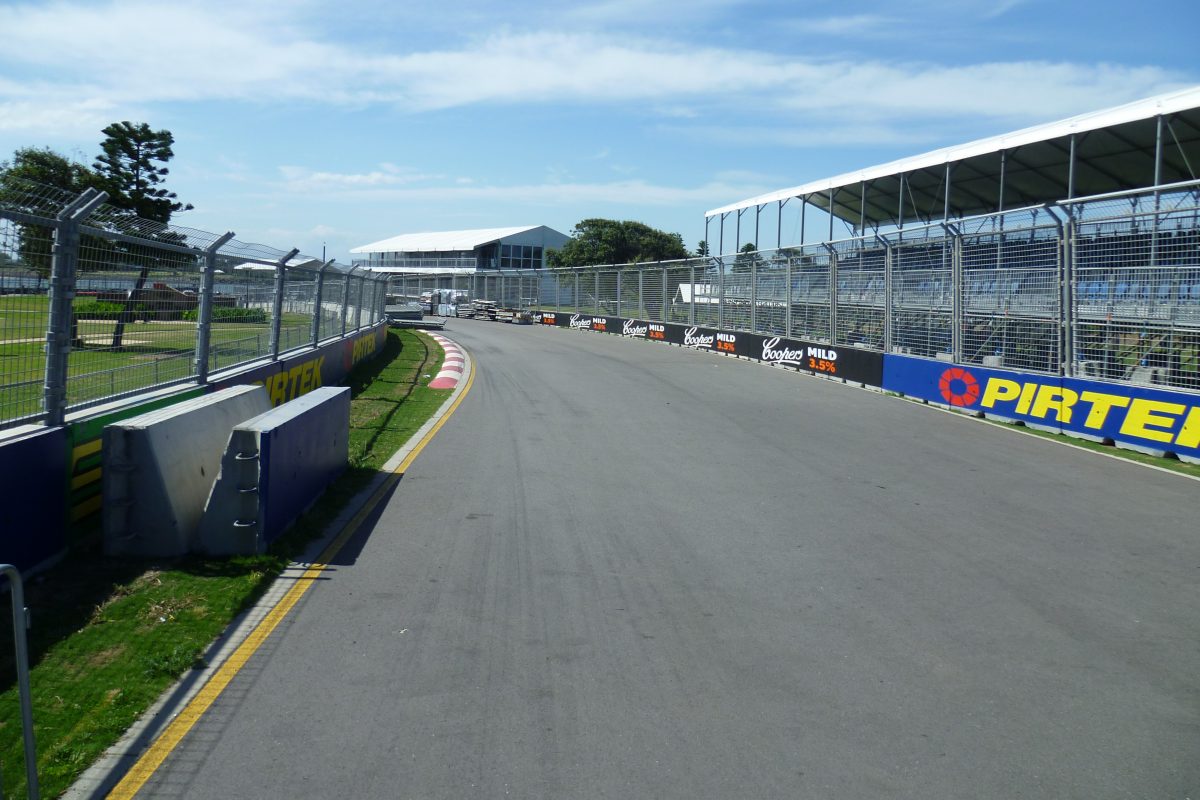 Grandstands and corporate facilities being erected; the Turn 11 hairpin is in the distance