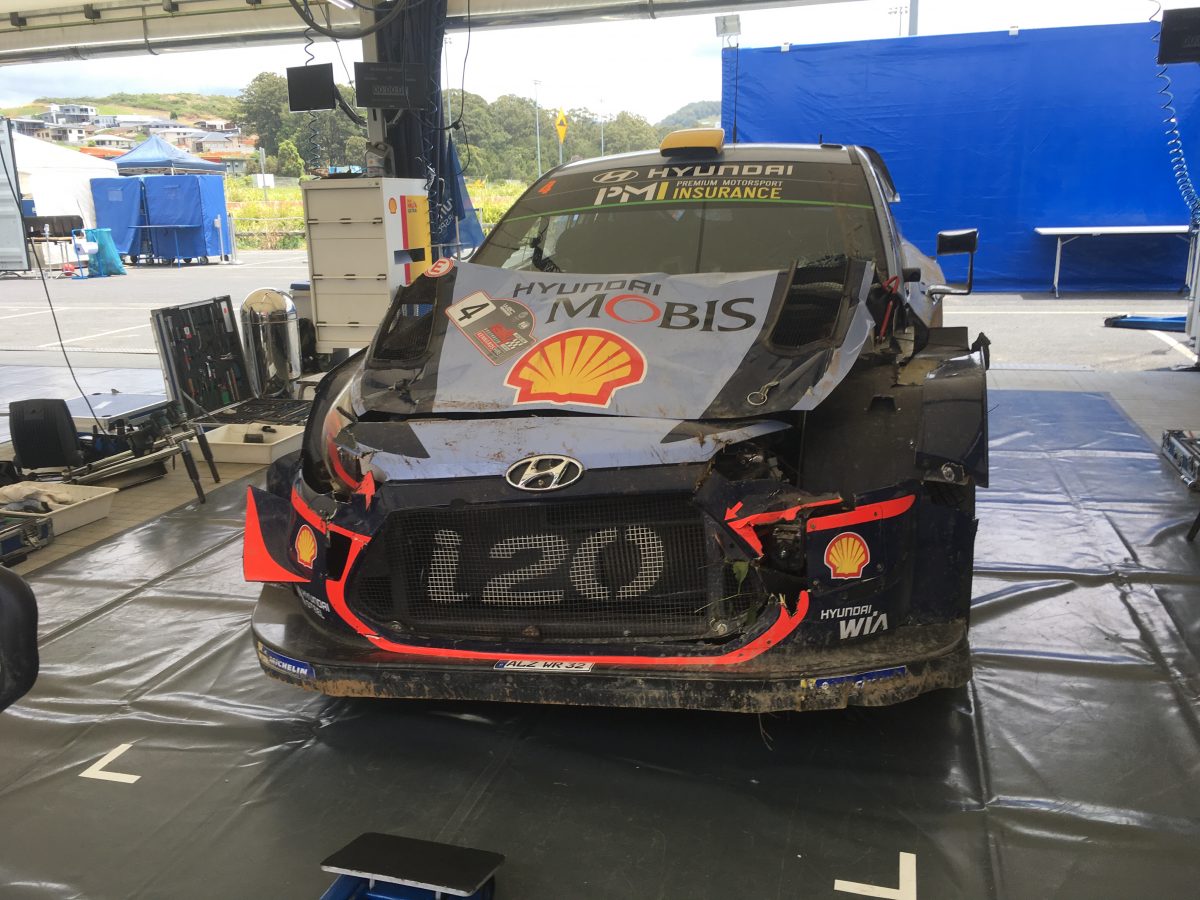 Andreas Mikkelsen has called for an investigation into a bizarre tractor incident that he believes caused him to crash and roll his Hyundai, destroying his Kennards Hire Rally Australia bid.

The Norwegian came across an errant tractor driven by event organisers on Stage 3 which had been used to position a hay bale chicane marker back in place after it had been dislodged by Jari-Matti Latvala (Toyota).

Mikkelsen passed the tractor without contact but the shock of seeing the vehicle on the stage caused him to lose concentration, resulting in him sliding into a ditch.

His Hyundai i20 rolled but was able to continue briefly before coming to a halt later in the test.

Mikkelsen described the situation as dangerous and thought the incident was serious enough to cancel the stage.

“We just have to make sure that this never happens again because it is a dangerous situation,” said Mikkelsen. 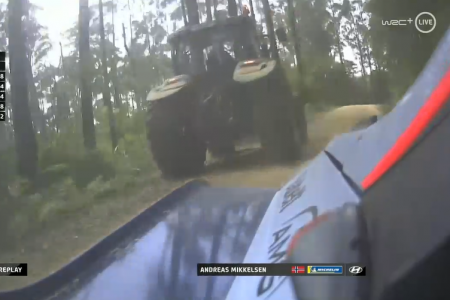 Mikkelsen comes across a tractor on stage pic: WRC All Live

“I’m disappointed and of course I’m angry as well because I think the situation has destroyed a very important rally for us.

“It just sums up our year pretty good.

“Yeah of course (there should be an investigation), not only for here but all other events and we learn from it.

“Animals you can’t control, that is fine, it is part of rallying, but these things you can (control).

“(Co-driver) Anders (Jæger-Synnevaag) told me to keep going but  just after that there is a left over a crest which I don’t really get (the instruction in my head) and then we are too fast and then we roll.

“Wildlife you can experience but a tractor is very surprising so I had my head in a different place.”

Rally Australia organisers have issued a statement on the matter confirming that the tractor had not been cleared to move onto the stage.

“In SS3, at 15.70 km, a chicane constructed with hay bales was struck by Car 7, resulting in the stage being partially blocked by the hay bales,” read a statement from event sporting director Adrian Stafford.

“A tractor was parked nearby – off the stage – and without authority from the organisers, the driver moved onto the stage and repositioned the hay bales.

“After the tractor driver repaired the chicane he started to move on the side of the track after the chicane just as Car 4 drove through the chicane. The tractor was partially on the road as Car 4 went past. There was no contact between Car 4 and the tractor.

“Car 4 travelled approximately 1.20km further along the stage then struck a culvert on the inside of a fast left hand bend, before stopping a short distance later with damage to the car.

“The organisers have taken control of the tractor to ensure no further intervention.”

Mikkelsen’s car suffered significant damage but it is hoped he will return to the rally tomorrow although his early exit from the opening day could have an effect on Hyundai’s bid to claim the manufacturers title.

The Korean brand is 12 points adrift of leaders Toyota.