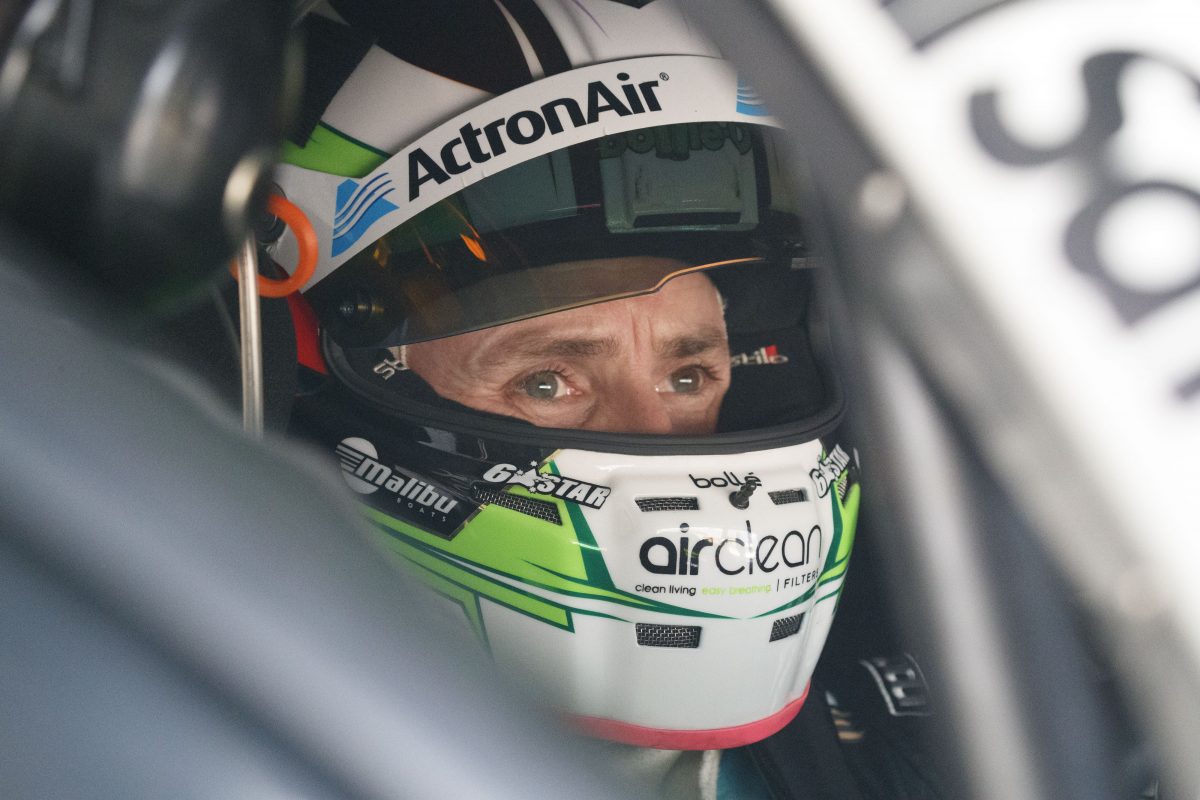 Mark Winterbottom says the excitement surrounding his plans for 2019 is overriding some of the emotion ahead of his final round for Tickford Racing.

Next week will see the 2015 series champion bring down the curtain on a 13 year stint with the Campbellfield Ford squad at the Coates Hire Newcastle 500.

Winterbottom confirmed his departure from the team at the ITM Auckland SuperSprint as he appears set for a move away from the Blue Oval with the Preston Hire Racing Holden concern believed to be his destination for next year.

While his 2019 plans are yet to be confirmed, the 37-year-old admits the prospects of next season will mask some of the emotion around his Tickford exit.

Although, he is nervous about any pranks the team may play on him following his final race at Newcastle.

“I’m nervous about what they’re (the team) going to do to me after the race, to be honest,” Winterbottom told Speedcafe.com.

“It’s emotional, but I’m so excited about next year, that it’s kind of overriding the emotion at the moment.

“I’m going to be really bad when it finishes and stuff like that, but I’m so excited about what’s happening next year that, it’s taken away a little bit from the ending because it’s a new beginning.

“It feels like Day 1 starting next year. There are a few emotions going on, but I try not get them when I’m on the grid, or when I come in and all the boys come and shake your hand.

“And that’s when it hits home that you’re leaving the team.

“We’ll announce it soon what is happening (for next year), but I’m really really excited. My expectation of next year is to be quite strong.”

Winterbottom joined Tickford in 2006 after two years with Larkham Motorsport.

During his tenure at the team he has scored 38 race wins, 144 podiums and 33 pole positions while taking out the 2013 Supercheap Auto Bathurst 1000 and the 2015 Supercars title.

However, his final two years have produced a lean spell with his last victory arriving in 2016.

Having forged relationships with staff over the period he admits it will be hard to leave.

“They (the team) put their absolute backside into it and go above and beyond what a job description is and everyone in most sports does,” he added.

“Every department, even if it’s the new guys and everything, you go above and beyond what the job description is and that’s… you feel bonds and stuff with each other that is far more than work colleagues.

“That’s the emotional part, you’re walking away from good mates and stuff like that, but the good part is that you’re still going to see them around (next year).”