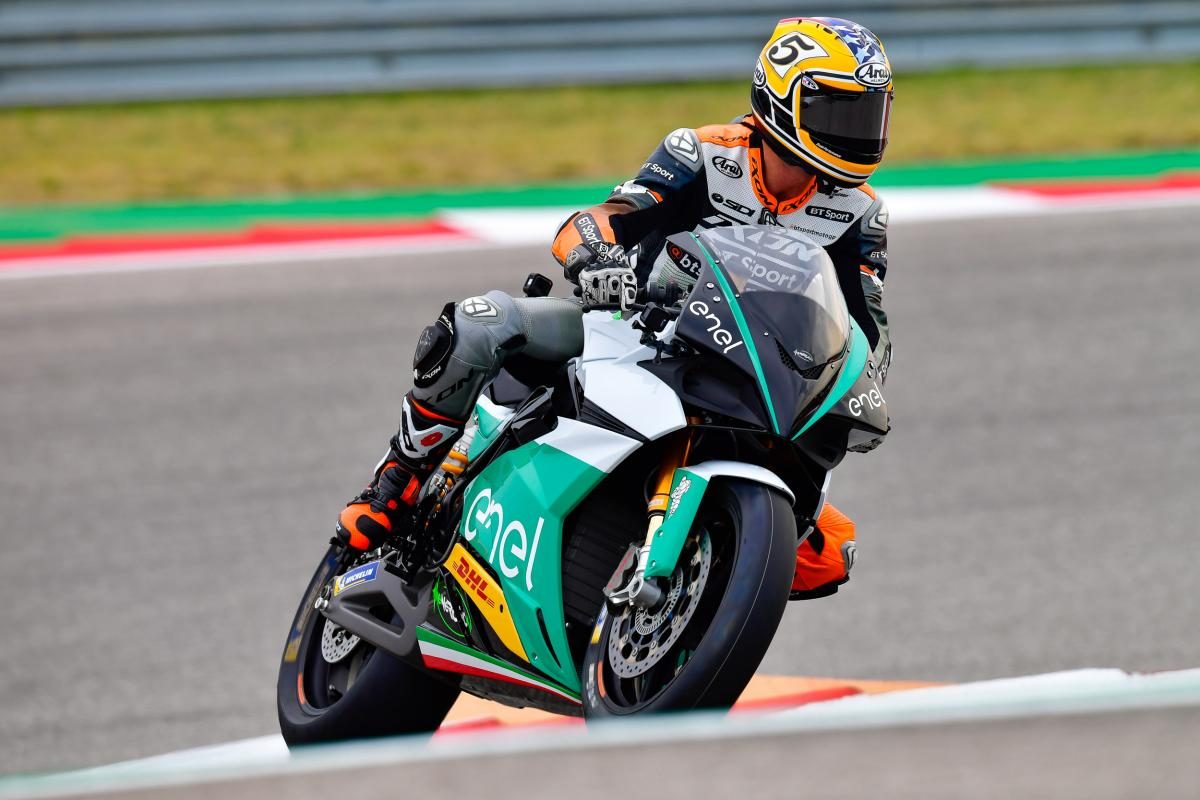 The first season of MotoE starts next May pic: MotoGP.com

Dorna has released the full 18-rider entry list for next year’s first season of the FIM MotoE World Cup.

Australia’s Endurance World Champion Josh Hook is among the field, as previously reported, and will saddle up alongside MotoGP podium finisher Alex De Angelis at Pramac Racing.

There is also current MotoGP talent in the form of Bradley Smith and Xavier Simeon.

The former will combine his Aprilia testing role in 2019 with a MotoE ride at SIC-run One Energy Racing, while Simeon will be joined at Avintia Esponsorama Racing by former Moto2 rider Eric Granado.

Two-time MotoGP championship runner-up Sete Gibernau has ended his retirement at 45 years of age to ride for Pons Racing, while the release of the entry list reveals that 2008 125cc world champion Mike Di Meglio has signed for Marc VDS.

Randy De Puniet returns again to LCR to ride for its E-Team and will have 2016/17 Endurance World Champion Niccolo Canepa as team-mate.

Dorna has also announced that the fifth round of the season at Misano will be a double-header with a race on each of the Saturday and Sunday.

The regular schedule is two free practice sessions on Friday, qualifying on Saturday, and a race before the Moto3 race on Sunday.

Testing begins with three days at Jerez from Friday next week, while the first round is back at Jerez on May 3-5.