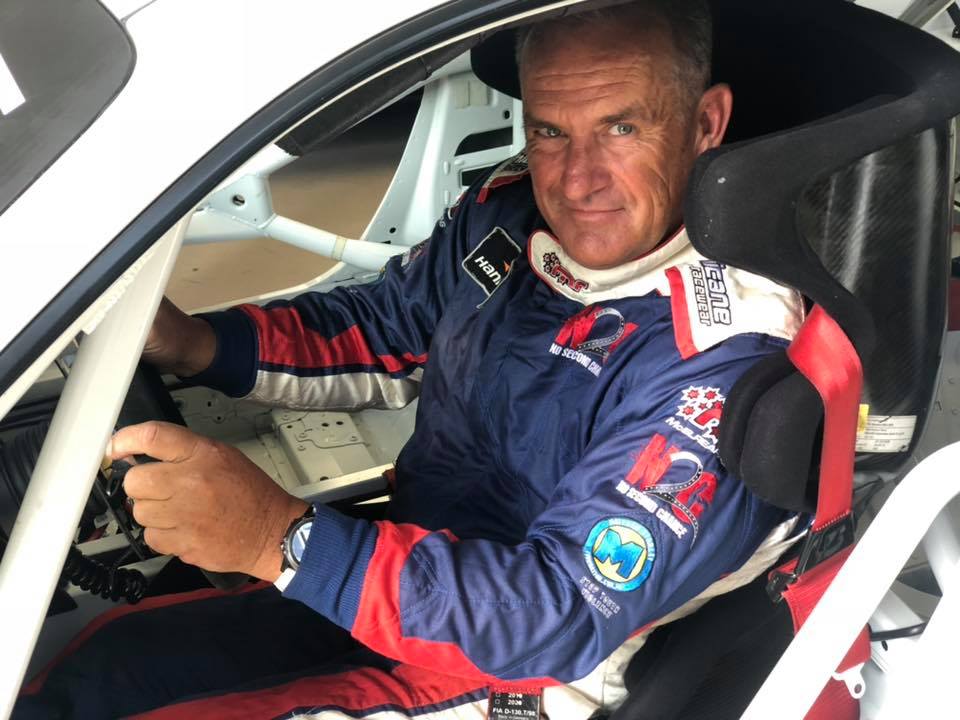 Speakman raced in the GT3 Cup Challenge competition in 2013, and in Europe in 2015, but has spent the last two years on the sidelines after a medical procedure went wrong.

Now looking to return, he recently visited the McElrea Racing factory where the team mocked up a Porsche 991 with the hand operated throttle he’ll use.

It’s a step forward from a heavy steering column based system he was using previously. 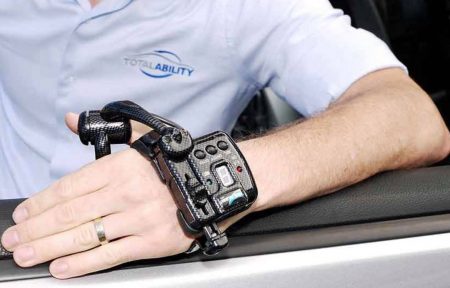 “It literally took them two hours to fit the whole system into the car, and it works so much better than the system we had before,” Speakman told Speedcafe.com.

“In the past I was using quite a cumbersome and very heavy metal slide to slice up and down the steering column to use the accelerator, so it didn’t really have the feel or the accuracy that you really need for one of those cars.

“These newer ones they’re basically operated by your thumb.

“It’s highly sensitive and it’s also programmable so we can ramp it up and down if you want it a little bit doughier in the initial part of the throttle application and have it ramp up heavier towards the tail end.

“So (I’m) really excited about the new system and because there’s nothing connected to the steering wheel.

Speakman’s aim is to compete in the Porsche Wilson Security Carrera Cup Australia series, but without any recent seat time he’s looking to ease his way back into the sport.

“I’ll probably be looking at starting my campaign in GT3 Cup Challenge, going back to where I left off in 2013 and working very hard and doing lots of testing, and as soon as we’re comfortable that the times are up there then we’ll jump up into the TAG Heuer Pro-Am.”

Speakman was hit by a drunk driver while riding his motorcycle more than two decades ago which left him with in a serious spinal injury resulting in paraplegia.

In recent years he’s gained a new perspective after spending time in hospital for what should have been an overnight procedure but left him sidelined for the last two years.

“Things were going really well and pushing forward,” he explained.

“I had a lot of media attention and a few sponsors lined up and went in for a very simple overnight medical procedure that went horribly awry and then basically spent the next nearly two and a half years laid up in bed recovering from these horrendous wounds that I’d suffered.

“It’s only in the last six or eight months that I’ve been back up to full health and training and getting fit and healthy again.

“When I was tied up in hospital I actually got put back into the spinal unit for a little while,” he added.

“I was fortunate enough to have the opportunity to work with a couple of the guys who’d just had their accidents and were borderline suicidal, angry, confused, frustrated and very, very depressed.

“There was a couple of other guys that I tried to talk to but it seemed like it was already too late.

“After thinking about the whole program of what went on and trying to motivate people once they’re in a wheelchair, it’s a very hard thing to do because they end up in a wheelchair with a preconceived idea that it’s only one step away from being dead, or in a lot of cases they would rather be dead than in a wheelchair, and I think that’s one thing that in society we carry with us.

“Although it is a horrible and horrific thing to happen, life does go on and a wheelchair is not the end of the road. And that’s the campaign we’re going to be pushing, and pushing really hard and see if we can change the mindset of people.”

Still chasing a major backer to complete his program, Speakman hopes to raise awareness of what wheelchair users are capable of.

He is heavily involved in the No Second Chance road safety campaign, and that will form a major part should his program come to fruition.

“So that is a big part of what I’m trying to achieve with the program,” he said.

“We’ll also be running the No Second Chance livery which has been going strong now since 2013, we’re in the fifth year now.

“So we’ll also be sticking that with message of trying to promote and be advocates for Road Safety.”

Earlier this week it was announced the 2019 GT3 Cup Challenge campaign will begin at Symmons Plains in support of the Virgin Australia Supercars Championship.