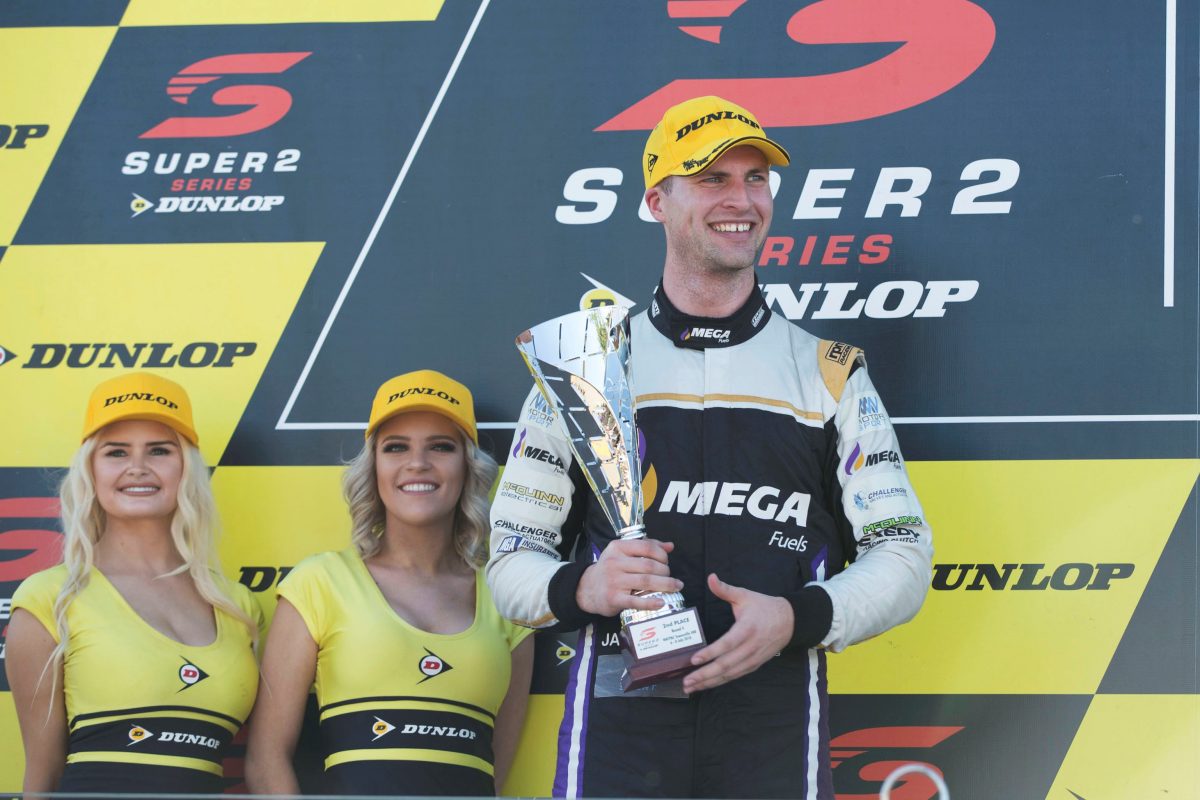 Garry Jacobson’s MW Motorsport Nissan Altima will carry the #100 plate to mark his century of Super2 races in Newcastle.

Jacobson won the Dunlop Super2 Series in 2016 and heads to the final round of 2018 as one of four in with a shot at this year’s title.

He moved into Super2 from Formula Ford in 2013, staying with Sonic Motor Racing for the transition, before two years at Eggleston Motorsport.

It was at Tickford Racing, then known as Prodrive, that he bagged his first race wins and the series crown in 2016.

After a tough attempt at a title defence, he became a regular front-runner again at MWM this year.

Jacobson also joined the Pirtek Enduro Cup line-up of Nissan Motorsport, with which MWM has an alliance, as co-driver to Rick Kelly.

“100 races is a huge achievement, particularly in a category as strong as Dunlop Super2,” said the 26-year-old.

“We’ve been fortunate to establish plenty of pole positions, lap records, stand on top of the podium on many occasions and take the championship in 2016.

“This year has been sensational with Nissan and MW Motorsport along with the support that I’ve received from MEGA Fuels and all my sponsors that make it possible.

“We’re not done with yet though – heading to Newcastle, we’re still in with the chance to get the Pole Position award and also the Championship – and I’ll be doing everything in my power to get both of those.

“To change the number over to 100 to recognise the 100th start on Sunday is something that is really quite cool and I can’t thank Supercars, MEGA Fuels and MW Motorsport for allowing us to do that.”

Newcastle may be Jacobson’s last round in Super2 given that he has been strongly linked to a promotion to a full-time Virgin Australia Supercars Championship ride with the team which will become Kelly Racing in 2019.

Chris Pither leads the Super2 series from Paul Dumbrell, Garry Jacobson is 111 points behind the Kiwi in third, and team-mate Alex Rullo another 14 behind with 300 still on offer.

The deciding round will be run over two races at the Coates Hire Newcastle 500, with a pair of 40-minute practice sessions to kick things off on Friday November 23.