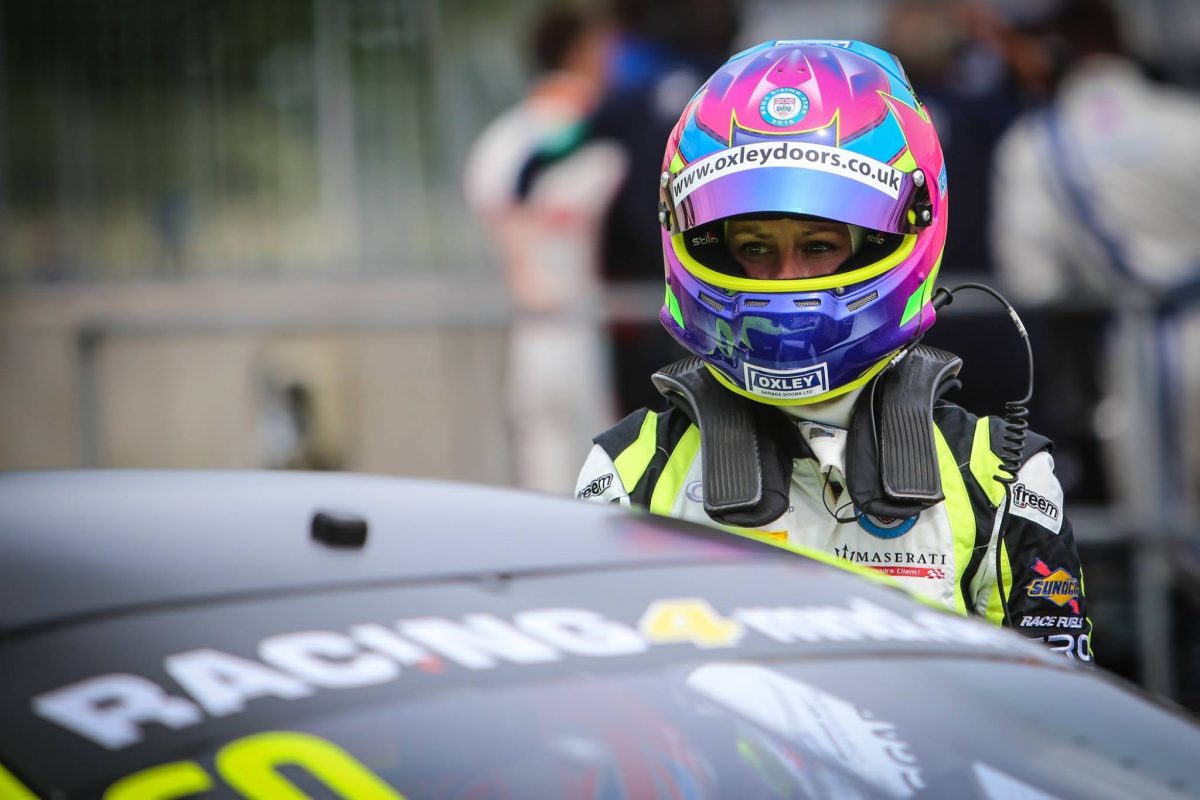 Abbie Eaton will conduct a Supercars test with Matt Stone Racing at Queensland Raceway next month.

As previously reported the British racing driver is heading to Australia later this month for a series of Supercars tests in a bid to secure a full-time drive in Super2 in 2019.

Eaton has shot to prominence following her role on Amazon Prime’s The Grand Tour, where she test drives hypercars for the show hosted by former Top Gear presenters Jeremy Clarkson, Richard Hammond and James May.

Aside from her television work the 26-year-old FIA silver ranked professional has enjoyed success in club and national motorsport in the UK, winning the 2014 Mazda MX5 Super Cup title alongside outings in British GT and the Blancpain Endurance Series.

Eaton, who wishes to expand her career into Australia, is now set to test an MSR Super2 chassis at the Ipswich circuit.

The team is yet to confirm which car will be used for the test.

“Abbie has a fine racing pedigree, highlighted by her recent Blancpain GT Endurance Series (race) win (racing as a pro in the Amateur class at Monza in 2017),” said MSR boss Matt Stone in a statement issued to Speedcafe.com.

“We believe she has the commitment to succeed at Super2 level and work her way into the main game.

“Apparently driving a Supercar has always been on her bucket list and she’s been working the simulator hard back in England.

“But there’s nothing like the real thing and we can’t wait to see how she goes.

“In a perfect world, we’d love to offer her a full-time drive next year in Super2 and we are currently talking to many parties about how we might make that happen.

“The prospect of having a driver of this quality, and international profile is a very exciting one for MSR.”

Eaton, who is managed by Peter Doulman and Jo Gardner in Australia, is also expected to attend next weekend’s Coates Hire Newcastle 500 Supercars season finale.