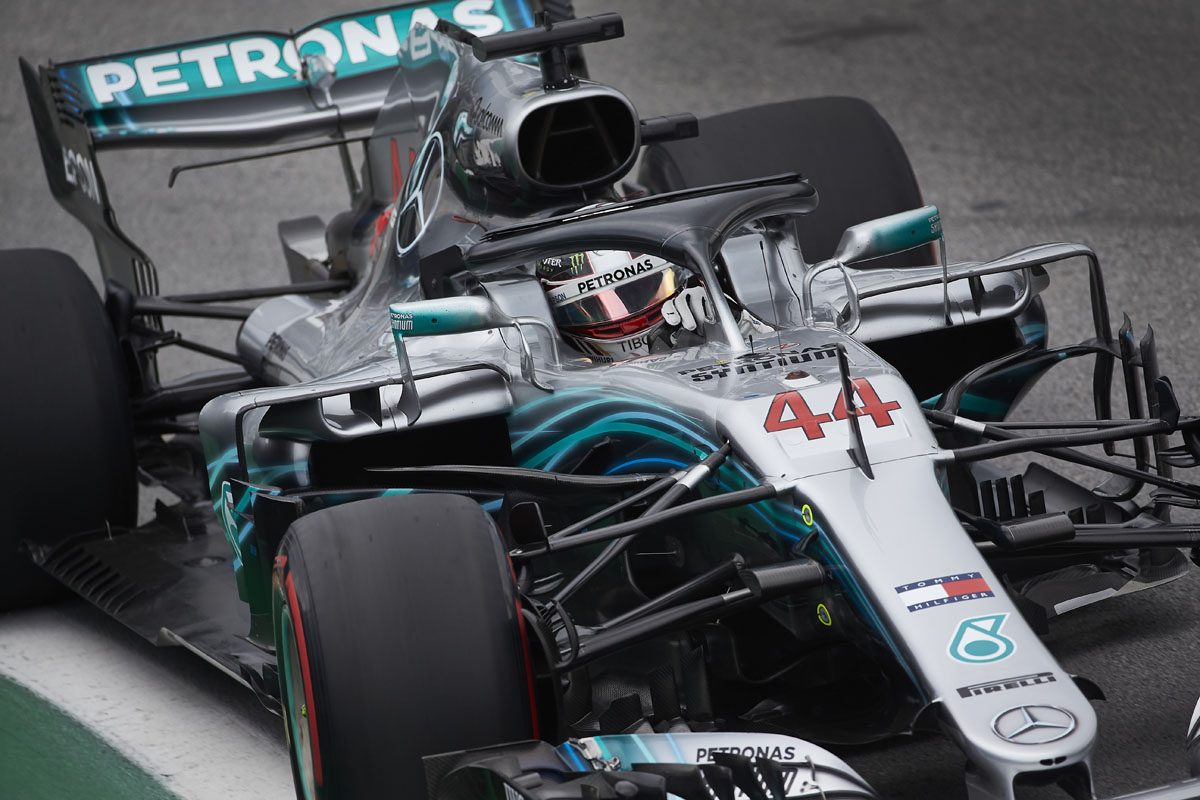 Mercedes has revealed it didn’t expect Lewis Hamilton to reach the flag in the Brazilian Grand Prix as he nursed a failing engine.

Hamilton won the race from Max Verstappen but spent much of the 71 lap encounter managing a power unit the team’s engineers expected to fail at any moment.

Team boss Toto Wolff admitted the team first picked up the issue on Lap 28 and predicted Hamilton would be a retirement the next time around.

“We have the engine guys here in the back (of the garage), and then we have them back at base,” Wolff explained.

“I have about 10 channels open, and what I could hear on the meeting channel was ‘Lewis Hamilton, power unit failure imminent. It’s going to fail within the next lap’.

“And I put the volume up and said, ‘Excuse me, what?’ And they said, ‘Yeah, we have a massive problem on the power unit, it’s going to fail on the next lap’.

“But it didn’t fail the next lap, and I said, ‘when you guys have a minute, tell me what’s happening’.

“‘Well, our exhaust is just about to fail, and we’re overshooting all the temperature limits’.

“I said, ‘So what’s the fix?’ They started to fix it by turning the whole thing down. The temperatures went down to below 1,000, to 980 degrees but it’s still too high! That was truly horrible.”

In the car Hamilton admitted he could feel a change in the power unit and began doing what he could to take the stress off the engine while maintaining a solid pace.

“It was okay at the beginning, but when I started to feel it not operating in its usual harmony, I mean I can’t allow any worrying or negative thought to get in my mind, so I just stayed focussed on trying to do a little bit more lift and coasting, a little bit less full throttle load, even part throttle load, to make sure I go as easy as I can on the engine whilst doing the job.

“Those last 10 laps I was flat chat trying to hold on to the car that was already struggling with the tyres, to keep the Red Bull which was much quicker behind, and plus not letting him get into the DRS for example.”

Hamilton crossed the line 1.4 seconds ahead of Verstappen at the finish, clinging on for his 10th win of the season and the first time he’s won a race in a season after being crowned world champion.

“God only knows how you can fix hardware that’s just about to break and make the car finish,” added Wolff.

“That race was just a nightmare until the chequered flag came down, and everything broke loose.”

One race remains in the 2018 F1 season with the final event in Abu Dhabi on November 25.