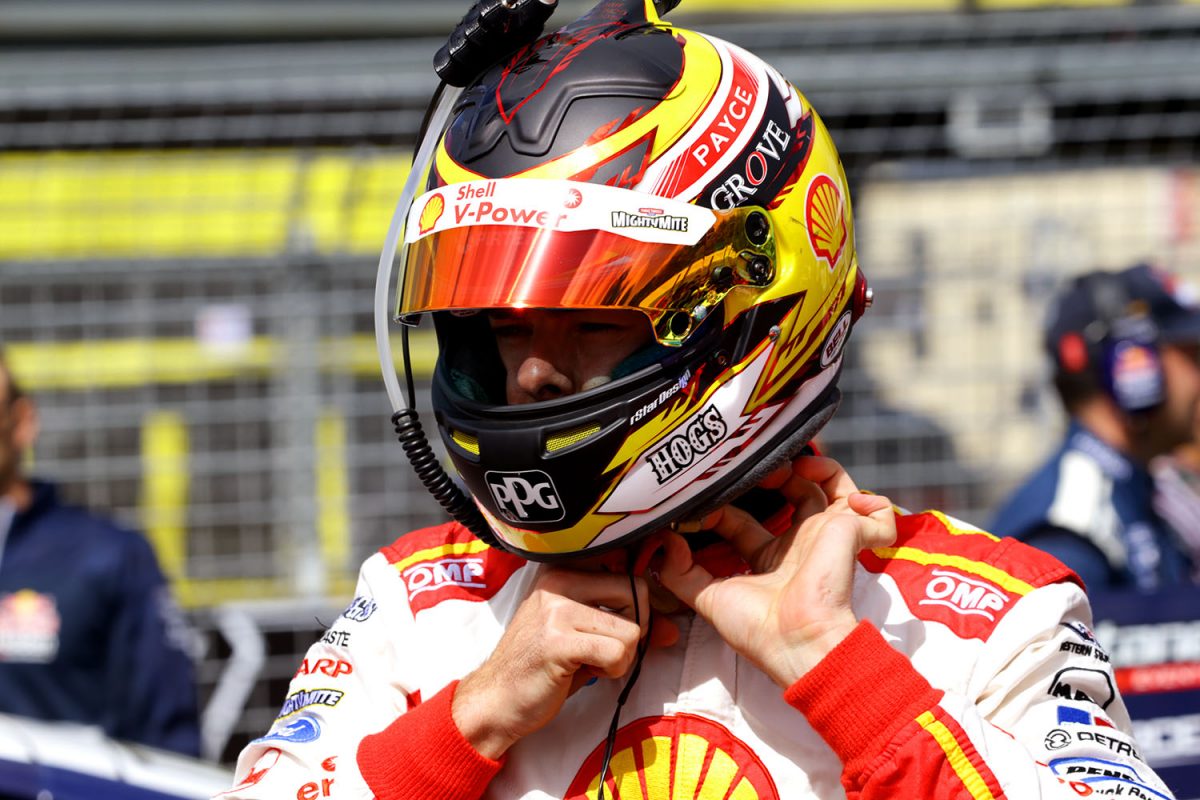 Scott McLaughlin will aim to learn from last year’s title showdown but admits the Supercars season finale in Newcastle will remain a nerve-wracking affair.

For the second consecutive year the Shell V-Power Racing driver will contend for a maiden Supercars crown although this time he will go head-to-head with countryman Shane van Gisbergen.

McLaughlin holds a slender 14 point lead over the Red Bull Holden Racing Team driver after the pair shared the spoils at a drama-filled ITM Auckland SuperSprint.

Last year’s championship finale at Newcastle was the Kiwi’s first experience of the pressures of a title decider.

While the year ultimately ended in a controversial final lap penalty and title heartbreak as McLaughlin fell 21 points shy of eventual winner Jamie Whincup, the former says he now knows what to expect in regards to event build-up and action.

“I’m (feeling) a bit of everything obviously. It’s a nerve wracking time for both of us,” said McLaughlin.

“But at the end of the day I just try and use the experience I learned last year and the media commitments obviously are going to be high. We’ll try and work that around.

“I sort of know what to expect, last year I went in a little bit shy and didn’t know what was going to happen.

“Off track I understand. On track it’s just going to be the same.

“I just need to stick to the process and get on with it. I’m sure Shane’s going to be right there, it’s going to be like this weekend (Pukekohe).

“So if we finish kind of where we are, at the end of the day we’ve got two races, I’ve just got to beat him twice.”

After taking victory in the final race at Pukekohe, McLaughlin heads to Newcastle with the momentum.

While the tricky Newcastle East Street Circuit harbours memories of a title defeat, the 25-year-old did win the inaugural race at the venue last year.

He believes his car has improved since then which has the Ford driver pumped for the racing to begin.

“I know that I’ve got a fast car there but that was last year,” McLaughlin added.

“This year’s another year. I feel like we’re going to go there with a pretty strong car.

“We went to Gold Coast and I felt like we were stronger so I’m looking forward to going back on the super soft (tyres) and having a crack at Newcastle which is another street circuit.

“Our car again is so much better over the kerbs and the bumps and whatever. I’m really pumped for it.”

In the lead up to the finale McLaughlin has jumped behind the wheel of the new Ford Mustang prototype Supercar which is undergoing development for its race debut next year.