Erebus Motorsport mechanic Bonnie Beard has been named as an ambassador for the Dare to be Different (D2BD) program.

D2BD is the brainchild of former Formula 1 test driver and current Venturi Formula E team principal Susie Wolff which aims to encourage female participation in all facets of motorsport. 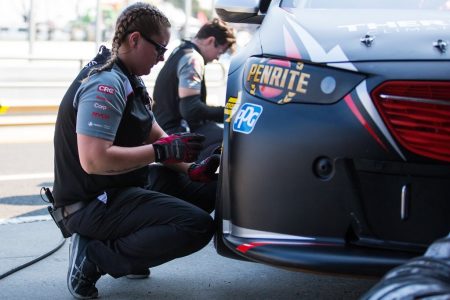 Beard is a full-time member of Erebus, having started with its V8 Utes team in 2015 before moving to Australian GT and now Supercars.

“It is an absolute pleasure to be a part of the Dare to be Different campaign,” she said.

“I hope that the hard work of all the current females in this industry paves the way for the future and inspires young females from all around.

“Everyone is capable, they just need to be allowed to show their potential and that is what this campaign is doing.”

The local chapter of D2BD was established earlier this year, with Erebus owner Betty Klimenko among the inaugural crop of ambassadors.