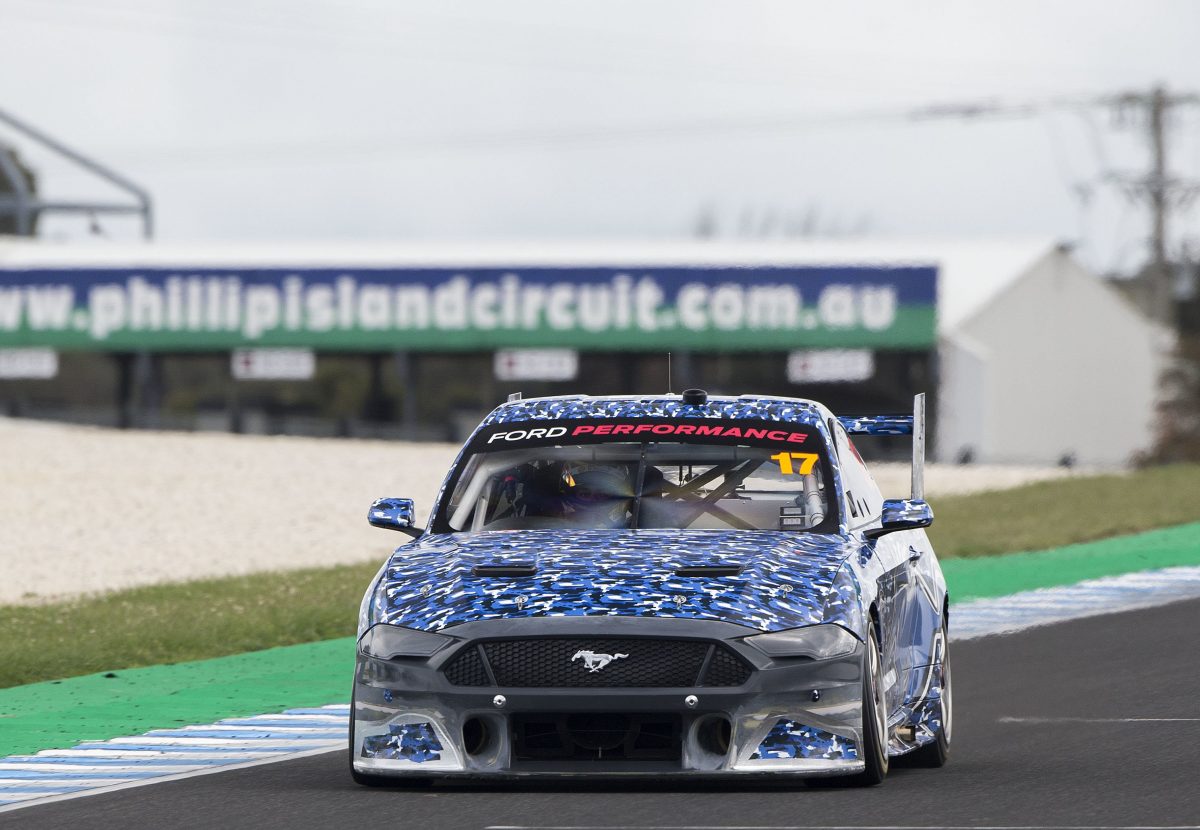 The highly anticipated Ford Mustang Supercar has been showcased to the world having conducted its first tests ahead of a planned 2019 race debut.

Ford’s latest Supercar, which will replace the outgoing Falcon, has attracted plenty of attention following DJR Team Penske’s reveal of the prototype car in a blue camouflage livery at Queensland Raceway last week.

The first images released of the Mustang sparked a torrent of commentary both positive and negative on social media regarding the look of the car.

Its bulging roofline, created to ensure the body fits over the control chassis and meet Supercars’ requirements, along with its huge rear wing endplates headlined the negative comments.

However, in contrast to those remarks the car has also picked up fans already.

Teams and drivers have since defended the criticism, stating that fans should reserve their judgement until the car is released in its final aerodynamic specification and livery.

DJRTP has provided further images and video footage of the Mustang in action at Phillip Island to provide more angles of its new racer which have been met more positively.

The car is set to undertake a series of straight-line aero tests this week ahead of Supercars’ official homologation tests next month.

Now that the dust has somewhat settled following the release, we want to know in this week’s Pirtek Poll if you are a fan of the Mustang?

Do you like the look of Ford’s latest Supercars challenger?