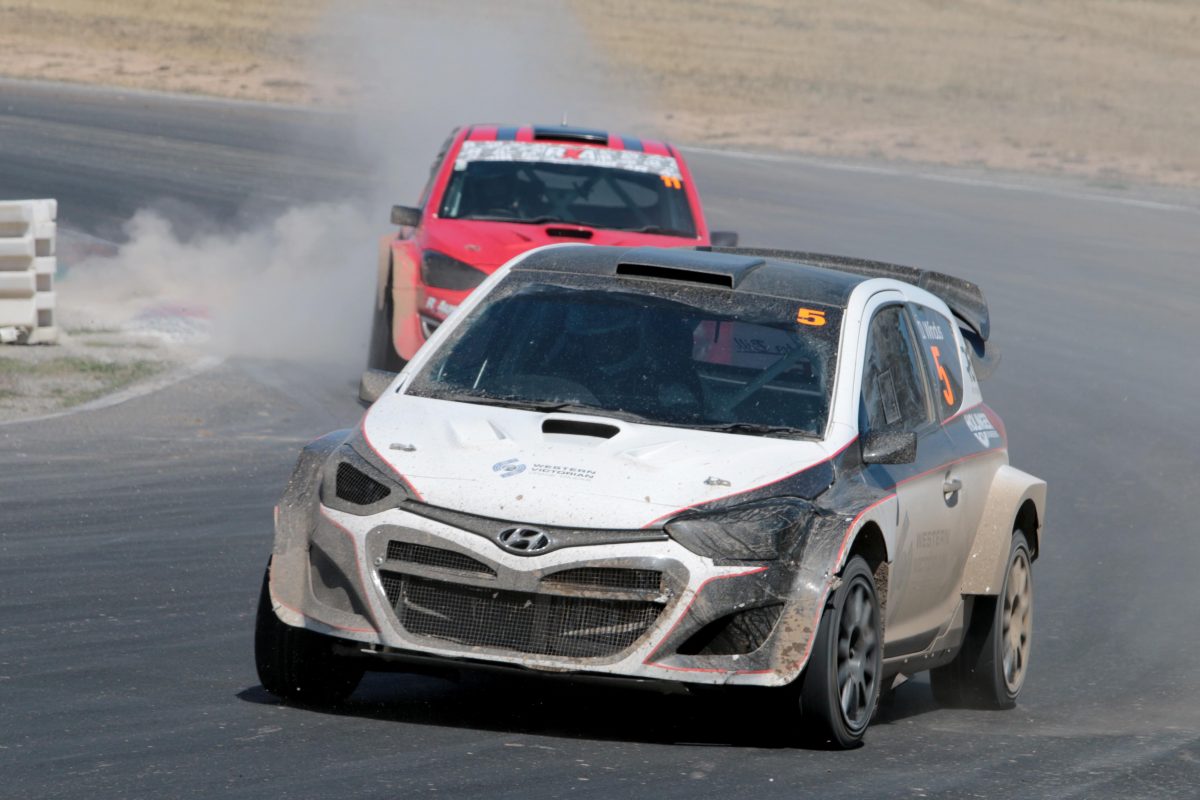 Darren Windus has taken a first event win in the RXAus Australian Rallycross Championship after son Arron suffered a mechanical failure in the final race of 2018 at Winton.

Aaron Windus had enjoyed a perfect run to the Open Class final as he qualified fastest, won all three heats, then won the semi-final.

However, he incurred a broken driveshaft on the first lap and spun, which handed the ascendancy to Darren Windus.

Justin Dowel finished second after his crew repaired steering damage picked up when he hit a tyre bundle in the semi-final, while Marcus Walkem took third on debut in an AP4 rally-spec Peugeot 208.

The All-Wheel-Drive Production final and series went the way of Steve Glenney after a strategic battle with Cahal Carey.

Carey took his joker early in the semi-final and gained track position over Glenney, who responded in kind in the final.

Richie Dalton pressured Carey in the latter stages but could not find a way past and finished third, behind the two Evos.

Will Orders continued his dominant, championship-winning form in Two-Wheel-Drive as he swept the three heats, semi-final, and final.

Jason Fitzmaurice was best of the rest in the final after a battle with Conner McLeod.

In Under 1.6-litre, Excel driver Fionnan McCallan looked set to take out the final but suffered a mechanical issue late in the six-lapper which gave the win to Zac Edwards.

McCallen nevertheless won the round.

Jarrod Keyte cleaned up in the first Side-by-Side RXAus round, winning each race despite briefly being headed by Andrew Daniell in the final as a result of the latter’s earlier joker lap.

In the first running of RXAus Sprint Series competition, in which drivers race the clock two at a time, Sean Hudgson took victory.