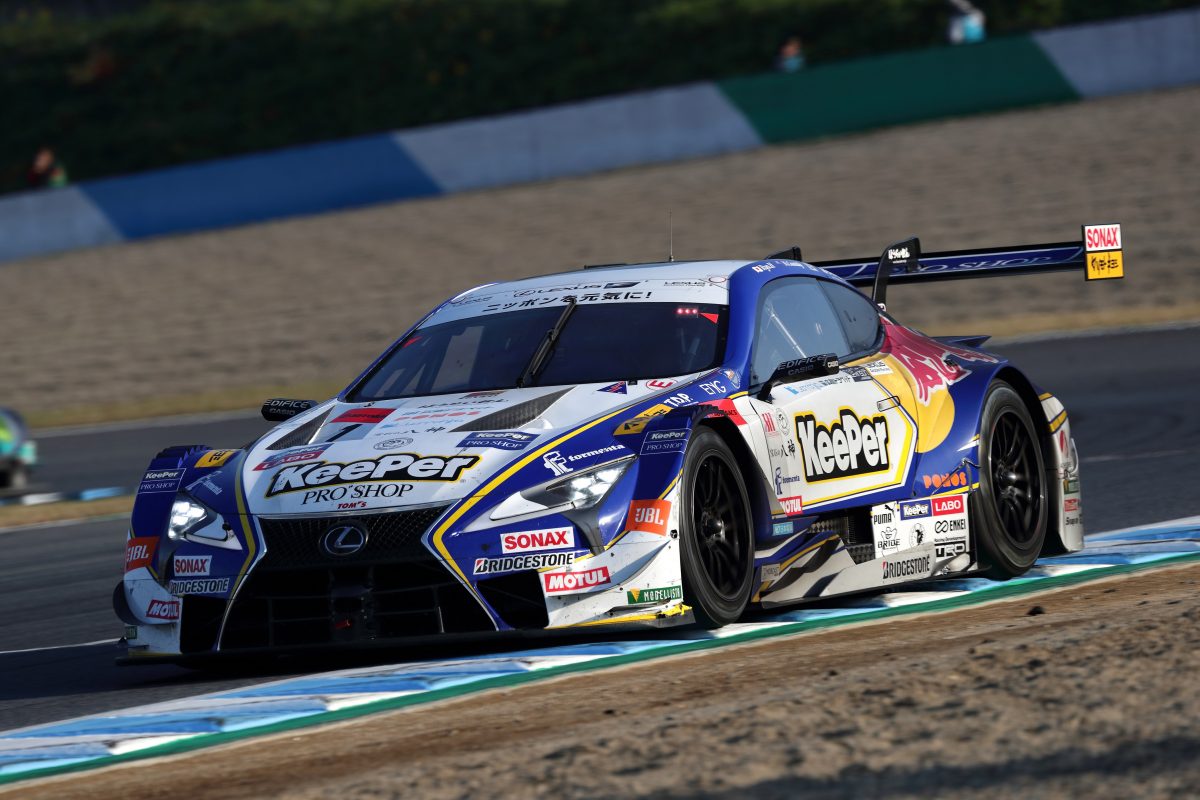 Having won last time out at Autopolis, Cassidy/Hirakawa arrived at the final round level on points with Button/Yamamoto, and they stayed that way when Yamamoto put the #100 Honda NSX-GT second on the grid as Hirakawa qualified the #1 Lexus LC500 sixth. 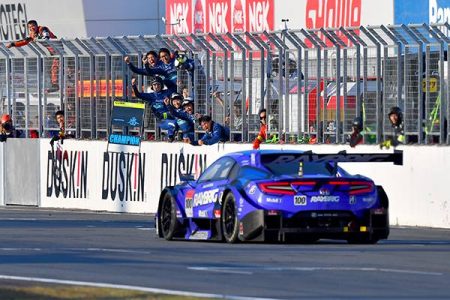 Yamamoto held position on Lap 1 as Cassidy gained one spot, with the succession of pit stops seeing them rise to first and second by the time they took to the lane together on Lap 29 of 53.

While Button rejoined in fourth, Hirakawa was back in eighth, before the 2009 Formula 1 champion quickly passed Kosuke Matsuura (#64 Honda NSX-GT).

However, he met far greater resistance from Hiroaki Ishiura in the #38 Lexus LC500, as Hirakawa moved up to fourth.

Hirakawa was still seven seconds adrift of Button at the time but had caught him with five laps to run, with the gap fluctuating as they made their way past GT300 traffic.

Button grabbed a 1.5s advantage over Hirakawa for the start of the final lap and brought Car #100 home in third position, behind the pole-sitting #8 Honda NSX-GT of Tomoki Nojiri/Takuya Izawa and runners-up Yuji Tachikawa/Ishiura.

Fourth for Cassidy/Hirakawa gave them second in the series, a fortnight after the Auckland native had also missed out on the Super Formula championship to Yamamota by just a point. 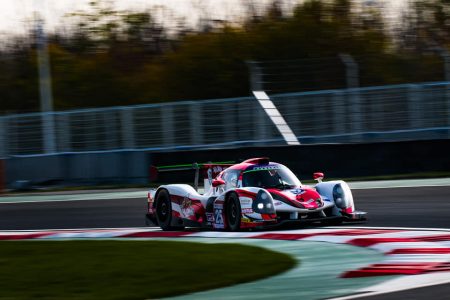 Tasmanian Josh Burdon has won the 2018 China Endurance Series after he and Nigel Moore won two of the three races which were held in the final around at Tianjin.

Their PTRS team-mate Andrew Waite carried a one-point lead into the last race of the season but he and Hongli Ye finished sixth.

Burdon/Moore took victory by almost half a minute over Eurasia’s Garnet Patterson and Constantin Schoell, who had started from fifth.

Waite/Hongli had won the first race of the weekend, which was in fact the race held over after a typhoon hit Zhuhai earlier in the season, from last on the 10-car grid.

Craft-Bamboo’s James Winslow and Jake Parsons bagged two podiums, both on the Saturday.