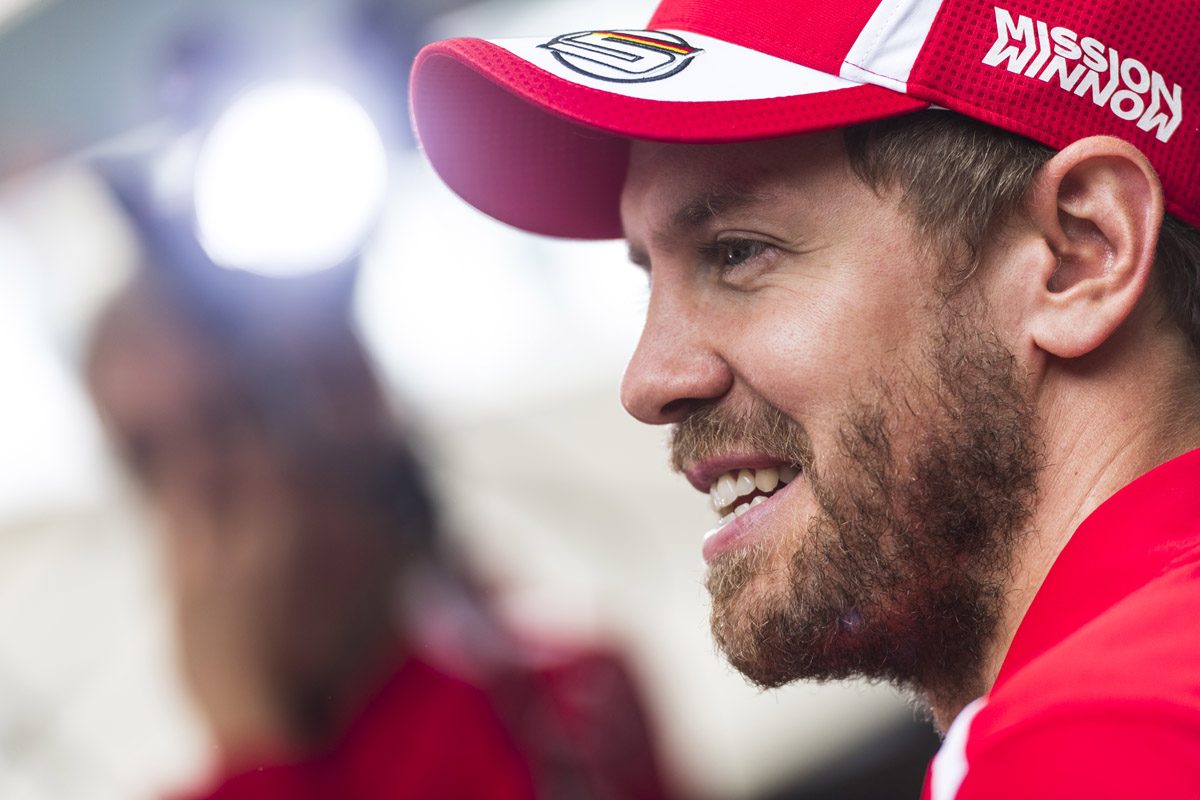 Sebastian Vettel has escaped a sporting penalty after ‘destroying’ Formula 1’s scales during qualifying for the Brazilian Grand Prix.

The German was called to the weighbridge during Qualifying 2 where he impatiently waved his hands in an effort to hurry up officials attempting to weigh his car.

Drivers are required to turn off the engine on their cars and are normally pushed off the scales before restarting it on the MGU-K hybrid system.

In Vettel’s case he didn’t shut off the engine as normal before driving off the scales, which left the FIA unable to accurately weigh the car and damaged the system.

In the hearing, stewards elected not to issue a sporting penalty to Vettel though conceded that his behaviour had been dangerous and therefore slapped him with a reprimand and a €25,000 (AUD $39,000) fine.

The threat of rain left all drivers scrambling in the opening minutes of Qualifying 2 as they tried to make the most of dry running.

Vettel had just completed his opening flying lap and was returning to the pits to have a set of Soft compound tyres bolted on for a second lap.

By setting a better time on the Soft compound tyres the German would then start the race on that tyre, providing him a strategic advantage over Mercedes for the race, hence his impatience.

“They shouldn’t call us because when the conditions are changing like that I think it’s unfair if somebody gets called in,” Vettel said following the session.

“During the second Qualifying session at 15:27hrs, the driver of car number 05, when called for weighing, refused to turn off the engine,” read the technical delegate’s report.

“The car was pushed onto the scales and weighed with running engine, which makes it difficult to get a stable result.

“After weighing the driver drove off the scales under its own power, and by doing so, he destroyed the scales.”

“While no one was hurt by the scales being thrown out from behind the car, and while the Stewards accept that the driver did not drive off the scales in a reckless manner, the procedure is established exactly to prevent damage to the scales or a potentially dangerous situation, which is exactly what was caused.”

Vettel will line up second for the Brazilian Grand Prix alongside Lewis Hamilton.