McLaren to enter Indy 500 as own team

McLaren to enter Indy 500 as own team 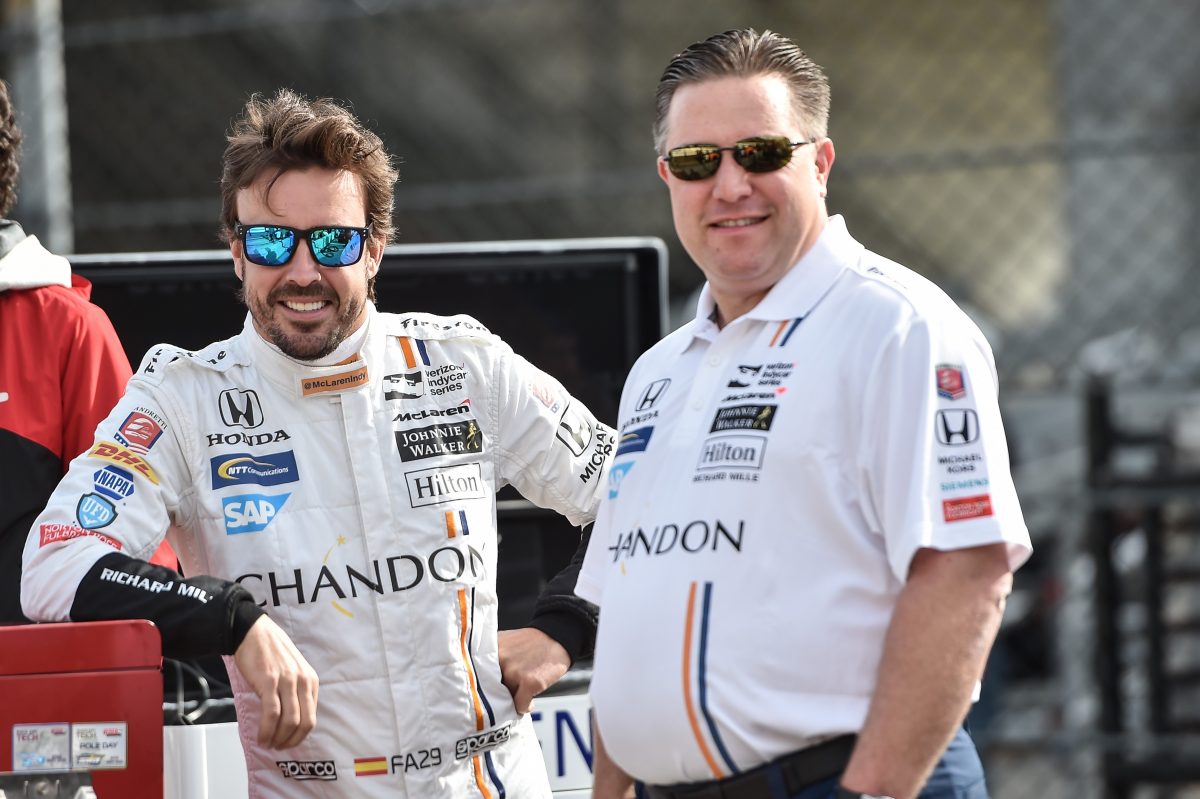 Fernando Alonso and Zak Brown at Indianapolis in 2017

Zak Brown has provided further detail on McLaren Racing’s 2019 Indianapolis 500 entry, stating that it will run as its own team at the Brickyard.

McLaren and Fernando Alonso will again take on the flagship race of the IndyCar Series next year, after the Spaniard made his debut in 2017.

On that occasion, Alonso drove an Andretti Autosport-run McLaren entry, but Brown has committed to pulling together the resources for McLaren to run its own show next year.

He also claimed that the project would not have an adverse impact on McLaren’s struggling Formula 1 operation.

“This will be done by McLaren Racing,” said Brown, the organisation’s CEO.

“It’s a whole separate racing team that will be created and we are a large racing team with a lot of resources and I am extremely confident, or we would not have entered, that we can give maximum effort in our F1 effort as well as Indy without one compromising the other.

“It is going to be people that are not currently on our Formula 1 team. It will be built up from relationships that we have. It’ll be a new McLaren entry.”

Brown said that to do so is possible this time around due to the longer lead-up to the event, which culminates on May 26.

“I don’t think we had an original plan,” he added.

“We’ve always had a desire to go as McLaren Racing. Last time we did it on such short notice I think it would have been impossible, it was six weeks between announcing and racing, and you can’t build up a race team that quickly.

“So that was one of things the shareholders and ourselves wanted to do, to go as McLaren Racing. That is why we have made the announcement today to make time to bring those resources and the people in to have our own team.”

There had been speculation that McLaren would enter IndyCar full-time in 2019, perhaps in partnership with Andretti Autosport in some form, and Scott Dixon was even linked to the team.

While that endeavour was called off for the time being, Brown said that the Indianapolis 500 campaign could be a precursor to a permanent presence in IndyCar in future years.

“Certainly we’ll be in a position where we are there with equipment, people and resources so it gives us a head start if ultimately we end up doing a full-time entry,” he explained.

McLaren won the Indianapolis 500 three times, all in the 1970s, including once as a supplier to Team Penske.