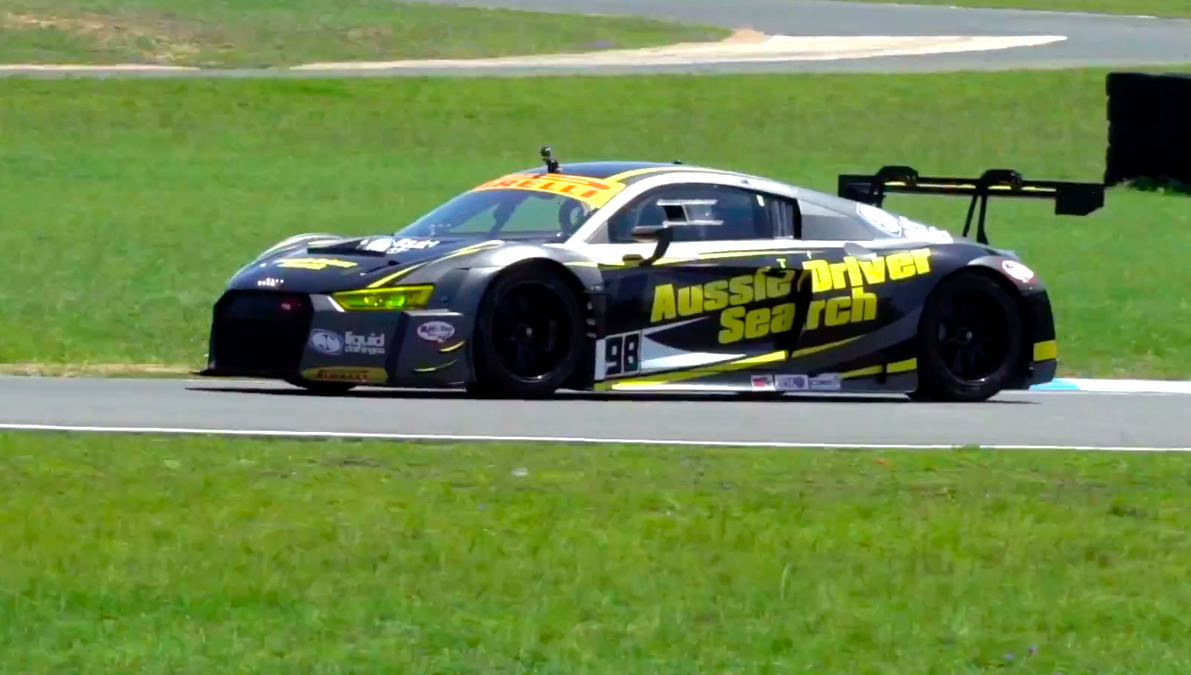 Legendary motor racing commentator Murray Walker once said, “those that can, do, and those that can’t, write or talk about it.”

Falling in the latter part of that phrase, never have those words been ringing in my ears more than when the opportunity to drive a full blown Audi R8 LMS GT3 on a race track arose.

A motorsport writer’s view of this pursuit of speed has centred around paddocks and media rooms but thanks to Aussie Driver Search (ADS) this author was given the chance to experience what it is like behind the wheel.

The weapon for the maiden race track outing at the challenging Morgan Park circuit in Queensland was a daunting one worth $600,000.

Driven by some of the world’s best GT drivers, the R8 GT3 has conquered the Liqui-Moly Bathurst 12 Hour three times and is a serious player in global motorsport. 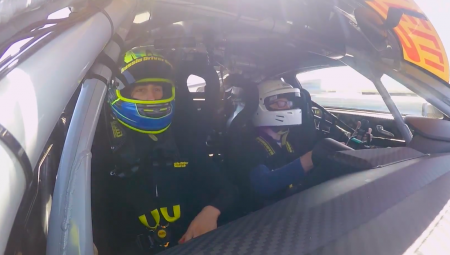 Boasting a screaming V10 engine kicking out 585 horsepower and weighing a little over a tonne, the R8 is awesome and the polar opposite of the usual daily drive.

The sight of its low slung swooping aerodynamic body is one that oozes speed.

ADS is an initiative which offers aspiring racing drivers from all walks of life the chance to prove their talent in a nationwide search for the next bright star of Australian motorsport.

The R8 GT3 is part of the GT section of the contest with winners going on to race in the Australian GT Championship.

A complete racing novice, the ADS team were on hand to ease a healthy mix of nerves, apprehension and excitement by pairing me with my tutor for the day, Supercars co-driver and Super2 ace Macauley Jones.

Ironically for both of us this would be our first ever drive in GT3 machinery but you would never have guessed after taking in a 10 lap spell as passenger alongside Jones.

The experience was simply mind blowing. The unbridled speed, the power of the brakes, the aero and of course that V10 scream is a real assault on the body. It is easy to see why motorsport is like a drug to so many drivers the world over.

Morgan Park’s shortened layout is not short of challenges with a mix of technical and high speed sweeps that allow the R8 and Jones to flex their muscles.

When you step out of the vehicle you feel the stresses and strains the speed puts on the body. 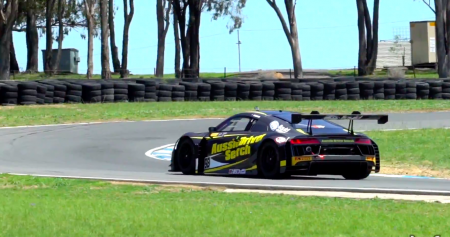 Having now seen what is capable it was time to switch positions and jump in the cockpit for the moment of truth.

A keen gamer, I’d done multiple laps in a virtual version of this car but nothing can prepare you for being strapped into the real thing. There are countless buttons on the steering wheel but crucially no reset button.

Hanging onto every word of my instructor, we head out on track and the first thing that hits you is the limited visibility that drivers face.

However, there is little time to contemplate as I’m told to apply the power and flick through the gears.

There are few more satisfying feelings in life than driving a GT3 car, pushing the throttle and hearing the engine notes as you pull up on the paddle shift six-speed gearbox. Simply brilliant.

While travelling a lot slower than my instructor, the speed and the brakes are still immensely impressive.

But what hits home is the incredible amount of information to compute and actions to complete in a short space of time.

The car can pull up fast and the next corner comes up just as quickly; couple that with other cars on track, it presents plenty to think about.

Just as I felt like I was getting into a rhythm a few laps later it’s time to pull into the pits.

It is safe to say that a career change is not on the cards.

However, the chance to see the other side of the fence was hugely valuable in understanding the skills required to be a professional racing driver.