The prototype Ford Mustang Supercar has been put through its paces at Phillip Island as DJR Team Penske and Ford Performance continue to gather crucial data from the 2019 challenger.

Scott McLaughlin and Fabian Coulthard shared the car during its second and final homologation test day behind closed doors following a maiden hit out at Queensland Raceway on Wednesday.

CLICK HERE to watch the video from today’s test.

The high speed Phillip Island circuit saw the car tackle high aero conditions, trialling different components in the process, which will be critical before the car participates in Supercars’ official homologation testing next month.

“After the initial work we undertook at Queensland Raceway on Wednesday, it was beneficial to be able to continue that validation process under the high aerodynamic loads we saw at Phillip Island today,” said Pakkam.

“It’s valuable to have the ability to spend a day getting a better understanding of real world performance under these types of conditions. Both Scott and Fabian’s feedback is vital to how we approach the set-up of this car, and they have been fantastic throughout the process.”

McLaughlin, who is the current Supercars lap record holder at Phillip Island and won both races here earlier this year, said that testing the new car today was a career highlight.

“Being a part of this program is very special, but testing the new car here at Phillip Island only adds to that feeling,” said McLaughlin.

“This circuit is one of my favourites, and I always enjoy the challenge of driving here. It was fantastic to be able to put the Mustang through its paces on the Island.”

Coulthard, who got behind the wheel for the afternoon session of the day, added, “Working through this process with the support of Ford has been fantastic, and it’s great for the sport to have Mustang on the grid next year.

The Mustang is now expected to conduct a series of straight-line aero tests at an undisclosed location in New South Wales next week. 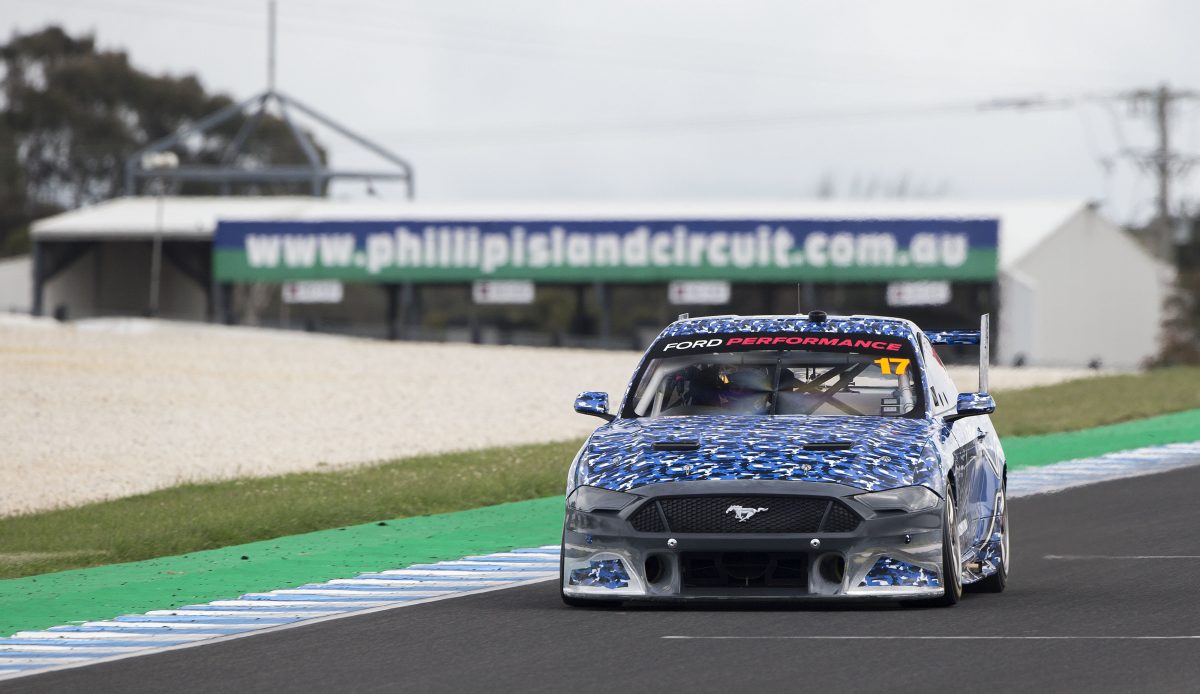