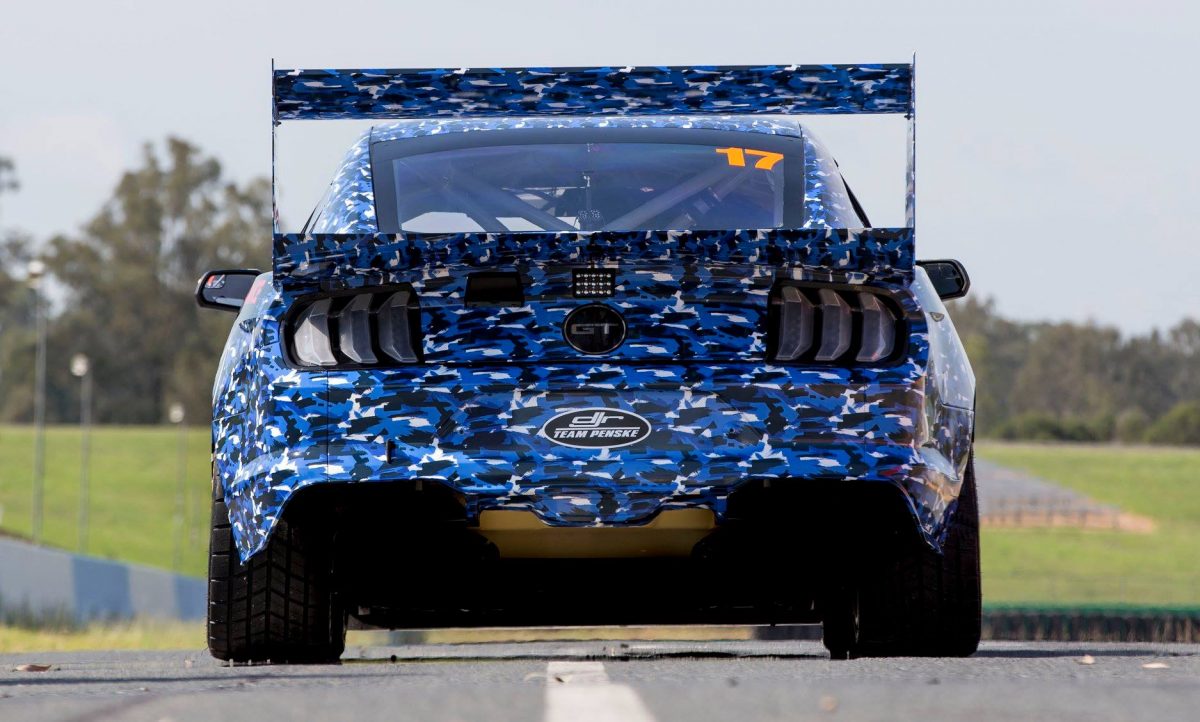 Preparations for the Ford Mustang’s Supercars race debut are stepping up with panel production in full swing as a prototype car undertakes its first tests this week.

The Blue Oval’s latest Supercar was unveiled this week by homologation team DJR Team Penske which has developed the Mustang alongside Ford Performance in the US and Tickford Racing.

Next season the Supercars grid will be populated by six Mustangs with DJR Team Penske fielding two, Tickford entering three, while 23Red Racing will complete the fleet.

The latter, which is set to link up with Tickford next season, will be a key supplier of panels to both Mustang teams given its expanding composites department at its Melbourne base.

Team owner Phil Munday has a background in the composite panel business and is using his expertise in the field to assist the production of key parts for the Mustang.

The process began six weeks ago but is now in full swing as it aims to create a bulk of spares for next season.

“We are in full production at the moment making bits and pieces,” Munday told Speedcafe.com.

“There are a lot of parts to make for these cars starting from scratch. There is a couple of us doing it so it is not just us, but there is a lot to do.

“I think this will be ongoing for us as we will continue to make parts and spares for these cars.

“We have got nearly all of the moulds made now and we will continue to make what we need to keep the other cars going as well.

“My background is panels so this is natural for us and is a big part of our business going forward.”

The Mustang will complete its final homologation test day at Phillip Island on Saturday which will be held behind closed doors at the Victorian circuit.

Munday is set to make the trip to oversee the test along with representatives from DJR Team Penske and Tickford Racing.

Having now seen the car officially unveiled, the team owner says excitement levels for its race debut have heightened.

“Even though we are making some bits and pieces for the car, it becomes a bit more real now you see it out on the track. The guys are very excited,” he added.

“It is massive and it is a great honour to be doing what we are doing in the sport after such a short time. To roll a car out at Adelaide is going to be pretty exciting.”

The Mustang is due to begin Supercars’ official aero homologation tests next month, which will see the car matched up against the current Holden ZB Commodore and Nissan Altima Supercars.