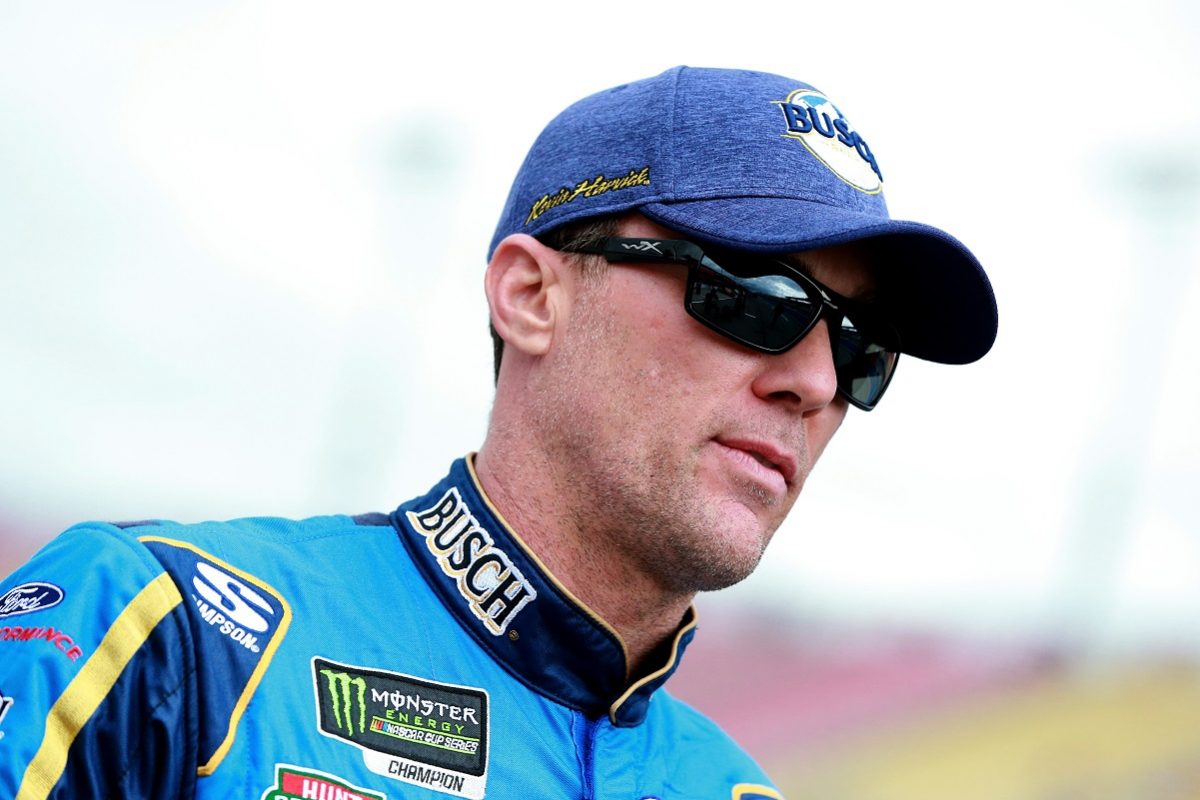 Kevin Harvick has lost his automatic berth in NASCAR’s series decider and been docked 40 points for a technical infringement detected after his win last time out at Texas.

Harvick won the second race of the Playoff Round of 8 at Texas Motor Speedway, which locked him in as a series contender at the Homestead-Miami finale in just over a week’s time.

However, he now drops to fourth in the revised Playoff standings and is only three points above the cutline ahead of this weekend’s final race in the Round of 8 at Phoenix.

The infringement was an illegal modification of the rear spoiler, a control part supplied from a single source to all teams, which was detected during tear-down at NASCAR’s R&D Centre.

Stewart-Haas Racing was found to have moved the spoiler to the right of the centreline, which would have led to more air flowing over the spoiler given the anti-clockwise direction of NASCAR’s oval tracks.

Cars are regularly inspected in such a fashion in the days following races and, according to NASCAR, the breach could not have been detected during at-track inspections.

NASCAR senior vice president of competition, Scott Miller, said that the variation to specification was not discernible to the naked eye but large enough to be obvious once checked at the R&D Centre.

“Getting the spoiler further to the right actually, when the car goes into the corner and sees yaw, puts more air on the spoiler, and that’s definitely aerodynamic performance,” explained Miller.

“We found this back at the R&D Center when we matched up the spoiler to the CAD file, and it didn’t match up.”

On the chance of a random manufacturing issue, he added, “No, absolutely zero.

SHR will not appeal the penalty.

“We work tirelessly across every inch of our race cars to create speed and, unfortunately, NASCAR determined we ventured into an area not accommodated by its rule book,” said team Vice President of competition, Greg Zipadelli.

“We will not appeal the penalty. Instead, we will direct our immediate focus to this weekend’s event in Phoenix and control our destiny on the race track.”

NASCAR employs a Playoff system whereby drivers are progressively eliminated from series contention until four remain for the final race, in which the highest finisher of those four is declared the champion.

Harvick loses the guarantee of a Championship 4 spot although he is still officially the race winner, and sits just inside the top four on points.

His crew chief and car chief are also suspended for the final two races of the season.

Similar punishments, albeit of lesser magnitudes in terms of points and fines, were levied against non-Playoff contenders Ryan Blaney (Team Penske), the Texas runner-up, and Erik Jones (Joe Gibbs Racing) for other technical infringements.