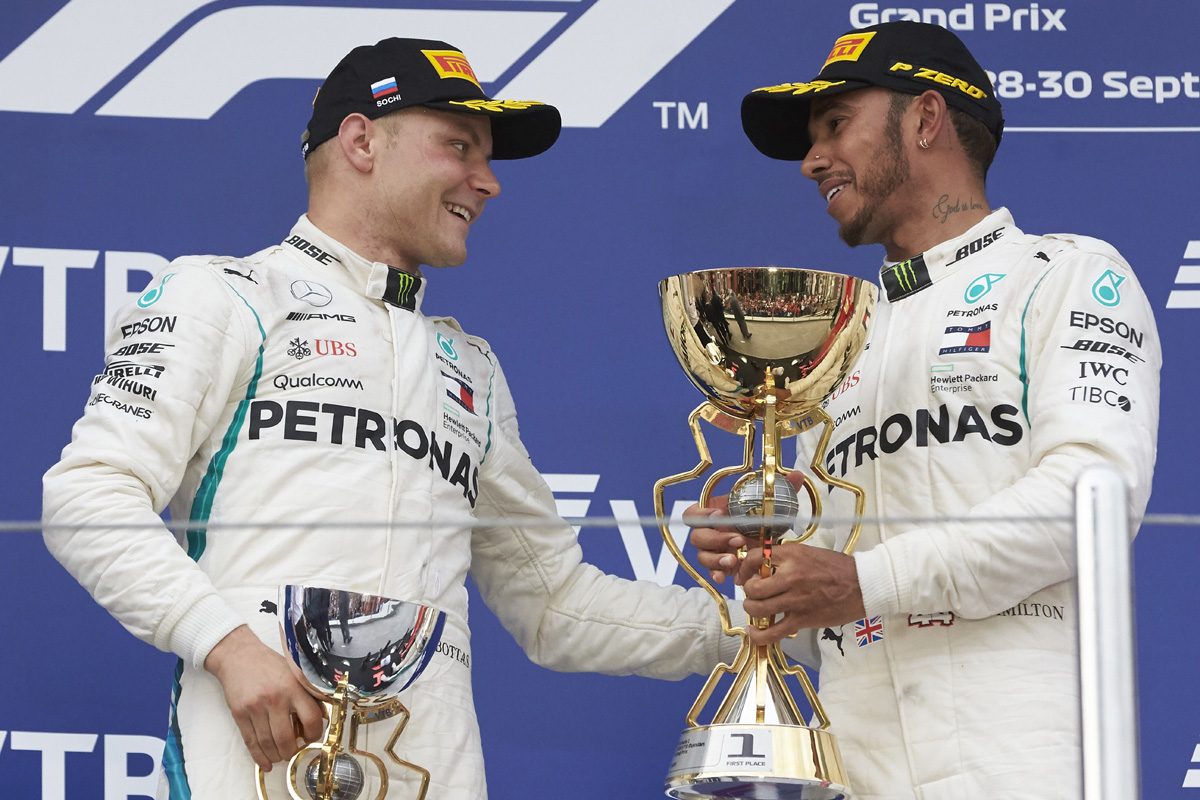 Hamilton benefited from Bottas ceding the race lead in Russia during the height of the Englishman’s world championship battle with Sebastian Vettel.

Having since sealed his fifth world title Hamilton has admitted that he’s not likely to wave Bottas through for a win in lieu of his services earlier in the campaign.

“The team are not going to make that call,” Hamilton said.

“So I don’t know if I’d be doing him many favours in the sense of giving him a win, I don’t think he needs that anyways, I think he can do it himself.

“All I can do is try to make sure I’m supportive throughout the process, throughout the weekend. I’m always really open with my set-up, so I’ll continue to be so.”

His Finnish team-mate admitted he agrees, stating he’d prefer to win the race rather than have it handed to him.

Released from his role supporting Hamilton’s championship quest, Bottas is looking forward to a weekend when he can go out and compete for himself.

“Coming here, knowing that for me there is a possibility to win the race, that’s obviously a good feeling,” he added.

“I guess you all know what my goal will be for this weekend, but that’s going to be up to me and I need to perform to be able to fight for the win.”

Bottas currently sits fourth in the Drivers’ Championship, nine points from Kimi Raikkonen in third, while Mercedes could seal the Constructors’ title if it outscores Ferrari by 20 points at Interlagos this weekend.