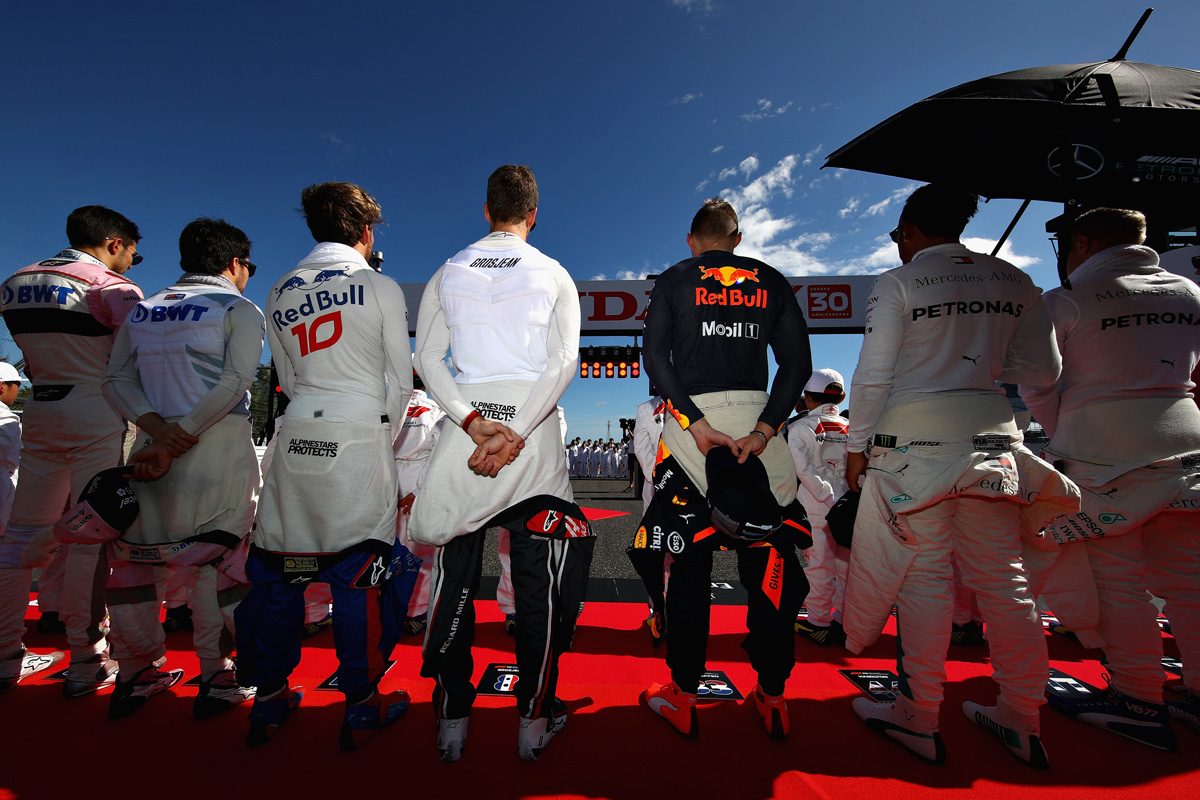 The GPDA will meet in Brazil on Saturday

A meeting of the Grand Prix Drivers Association is set to be held in the paddock of Interlagos in Brazil as the drivers gather to share their concerns surrounding the sport.

Key among the discussions will be tyres which many drivers feel need too much management and don’t allow them to push as they’d like during races.

“It is a topic we are going to bring up. I think ideally the less pit stops you can do in a race normally the better your strategy is going to be, or the quicker your race time is going to be.

“If we feel we can get by on one stop we will drive to the pace of a one stop, and that is normally better than pushing for a two stop.

“This year for whatever reason that has been the way the compounds have been set up at the races. It is just managing a one stop and that is a quicker race.

“I don’t think anyone ever seems to be satisfied. They wanted a tyre we could race on harder for longer, and now we are nearly getting that.

“I don’t know how to have a tyre we can push hard on, that is going to degrade so we can still do a two or three stop, we will just drive slower like we are doing now.

“If we push hard on this tyre from the start, we’d do a two-stop instead of a one, but the drivers see that cruising on a one stop is going to be quicker, so we are doing what is best for the strategy.”

According to GPDA Director Romain Grosjean a range of other topics will be discussed with a view to providing input to the sport, media, and fans should they reach a consensus.

“I don’t want to speak for everybody else but I feel we need to give our feedback and then maybe try to do a bit more because the race is not fun,” the Frenchman said.

“P6 in Mexico is two laps down. How do you want to see a midfield car getting on the podium once or twice if they are already one or two laps down?

“The delta between the big and small teams is too big. The tyres being so complicated to understand and drive, if you don’t have the downforce you just destroy them, meaning you open the gap more.

“The enjoyment is when you go out there and push and try to be able to follow the guy and overtake him, pushing hard or at least making him make a mistake so you get a chance.

“At the minute as soon as you get close you lose the downforce and overwork the tyres. Singapore, Russia the first stint, Mexico, they were really not fun.

“It’s something we need to discuss with all the drivers and get all the feedback. We all may have a different point of view but then if we discuss it we will get to somewhere.

“In the end we are here to race, we know what we want and what we need to get good racing, so I think our feedback could be very helpful.

“If we get to somewhere where everybody is happy with what we’ve discussed and we’ve got bullet points then we should move them forward, to you guys (the media), to Liberty or whoever.

“We don’t sit back and not do anything for the sport we love.”