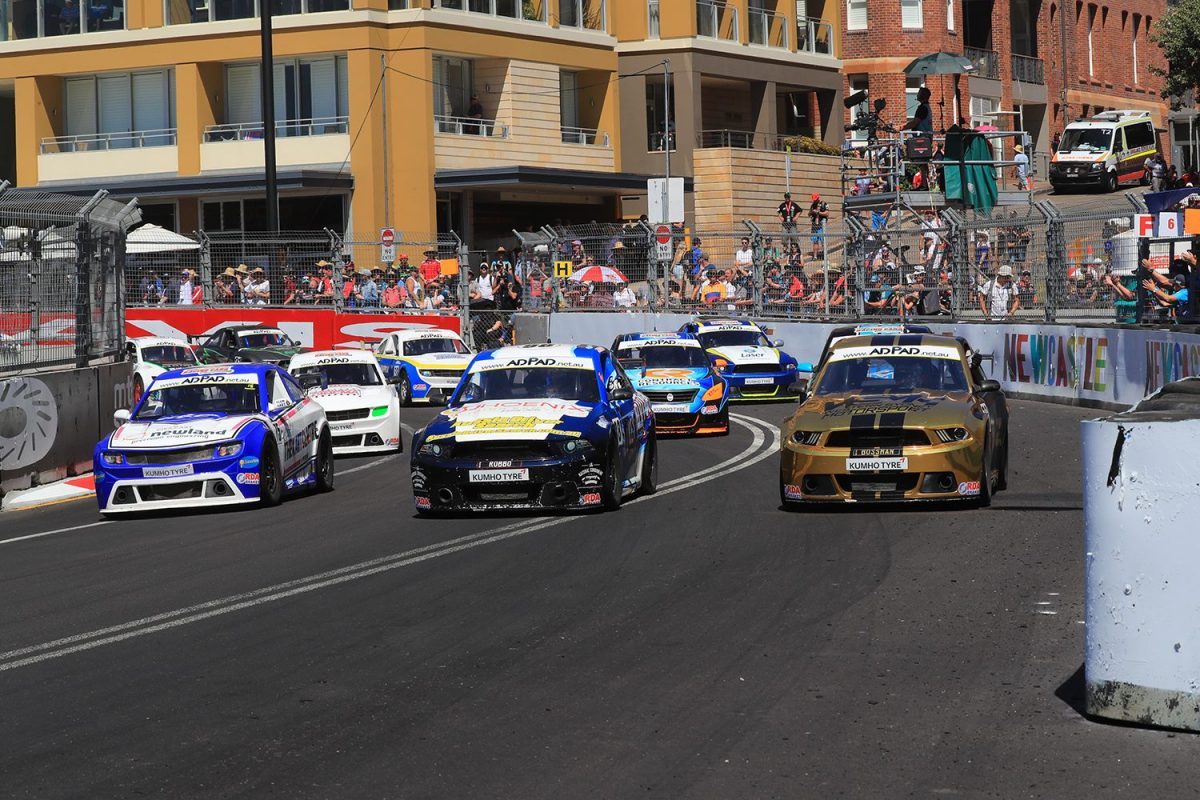 Aussie Racing Cars will be back at Newcastle in 2019 pic: Digital Realism

Aussie Racing Cars has released the calendar for its 20th season, featuring a return to some of Supercars’ marquee events.

The seven-round season runs entirely on the Virgin Australia Supercars Championship support card and is bookended by Adelaide and Newcastle, both of which are back on the calendar after one-year absences.

Round 2 takes the Aussie Racing Cars to Symmons Plains, before a points-paying round at Hidden Valley after an exhibition event in the Top End in 2018.

The next three rounds take on a similar look and feel to this year with Queensland Raceway, The Bend, and the Gold Coast all remaining on the calendar.

Newcastle’s status as the season finale, in late November, is then restored.

“We’re thrilled to have the Aussie Racing Cars celebrating their 20th anniversary with us next year,” said Seamer.

“For 20 years they’ve been entertaining motorsport fans around the country and we know the fans attending and tuning in to Supercars events next year will enjoy them just as much as they did 20 years ago.”

“Operating as a major series for 20 years and as an official Supercars support category for this length of time is unheard of.

“This achievement is something to be proud of and is testament to the quality of the product and entertainment value of the category.

“We are excited to be running seven rounds exclusively with Supercars in 2019 taking in many of Australia’s premier events.”

Joel Heinrich won this year’s series, which wrapped up on the Gold Coast last month.