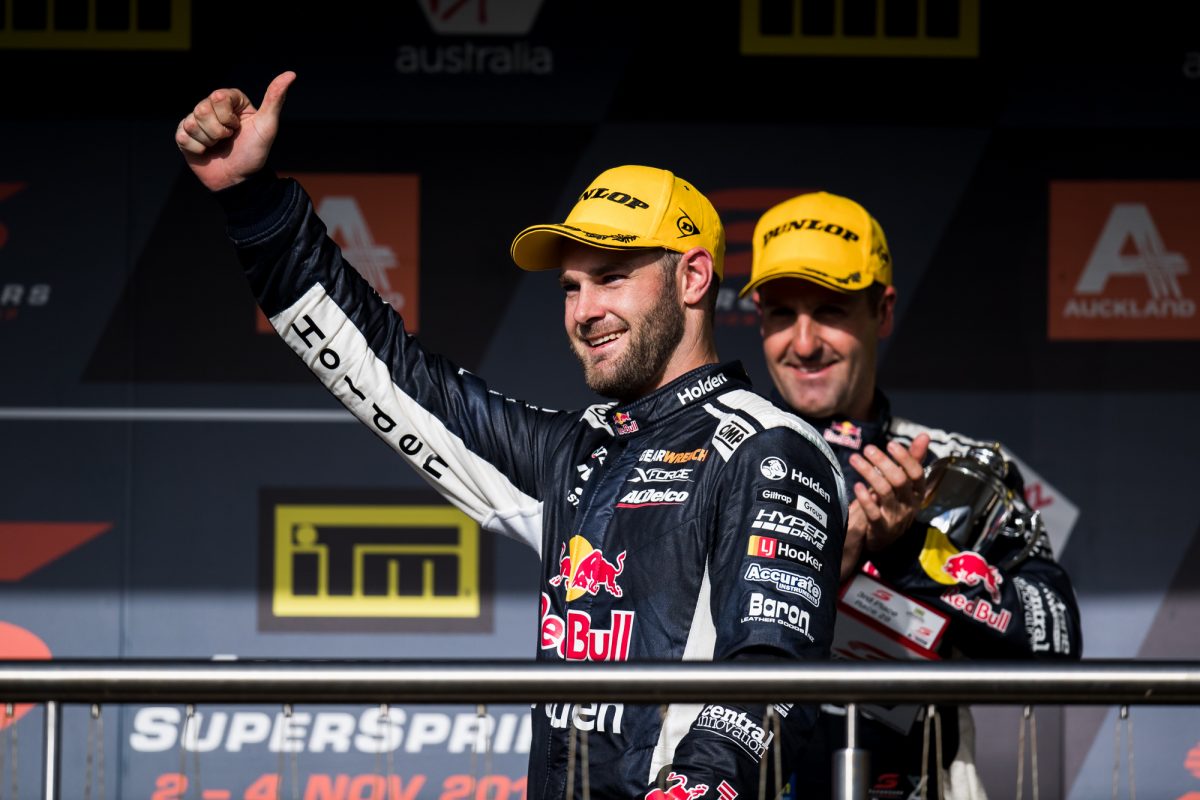 Jamie Whincup and Shane van Gisbergen were unconcerned by the negative fan reaction after boos rang out from the crowd following the controversial end to Race 29 at the ITM Auckland SuperSprint.

The Triple Eight drivers switched positions on the final lap in what appeared to be a case of team orders, although the outfit has stated that it feared Whincup would not have made the finish on fuel had he not backed off.

Whincup, who dramatically slowed to hand van Gisbergen second spot, copped the most of the boos when post-race television interviews commenced on the start/finish straight.

The seven-time champion was unfazed about the reaction when asked in the press conference and instead said the sport needs to embrace the passion that was on show in Pukekohe.

“There’s massive passion over here (in New Zealand), which is awesome,” said Whincup when asked about the reaction.

“What transpired on the weekend, I think we need to embrace and be thankful for it.

“All the shenanigans going on off the track and the on track stuff is just as good as all of that, which is fantastic.

“So for me (I’m) disappointed we didn’t win, we were in a good place, but I’m just as much of a fan as anyone watching what’s going to transpire in the next three weeks.

“I think this weekend has been fantastic for the sport.

“What better than come down to the last round of the year with only a handful of points? There’s high stress for the drivers, the teams and all their families associated with everyone involved.”

However, Whincup has called for fans to control themselves on social media which lit up over the weekend following a series of controversial incidents.

“I think we’ve all got to just embrace it, (but) there’s no need to be negative or getting on your keyboard and having a crack at someone,” he added.

“This is a fantastic sport and I think we embrace the drama that’s gone on this weekend and no doubt it will continue in the weeks to come.”

Van Gisbergen revealed it was the first time he had been booed at race track following Race 29.

The Kiwi was the centre of drama at Pukekohe having won Race 28 despite receiving a five-second penalty for contact with title rival Scott McLaughlin.

He went to win the race before an accidental park in incident in parc ferme that saw McLaughlin briefly unable to clamber from his car.

Van Gisbergen and the team then survived a post-race investigation and protest from Shell V-Power Racing regarding a spinning wheels incident during a pit stop to keep the victory.

The 2016 Supercars champion admitted he stayed off social media during the weekend but praised the passion from the fans.

“It was interesting. It was the first time I’ve been booed, as the guys were saying,” he said.

“It was just cool, this weekend has been one of the coolest experiences.

“Everyone was saying how bad the social media storm was overnight but I didn’t read any of it, I went to bed and then came in and everyone was friendly and cheering for both Scotty and I.

“We had five kiwis in the Top 10 Shootout as well, I watched the first two of them and saw Andre [Heimgartner] go through and the crowd went nuts, then I even did a little fist bump when Richie (Stanaway) went to the top of the board.

“The passion here is second to none, it almost rivals Bathurst, it’s so awesome.”

Van Gisbergen is just 14 points adrift of McLaughlin in the title race ahead of the Coates Hire Newcastle 500 season finale from November 23-25.