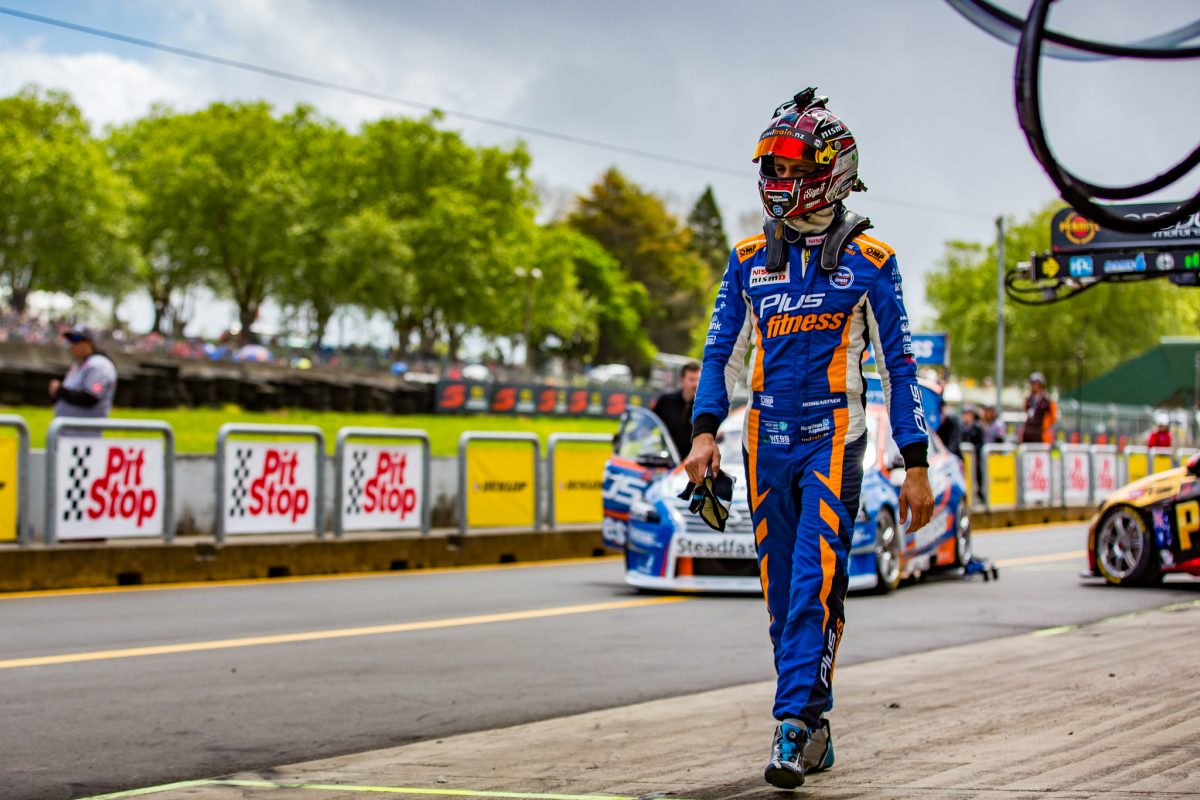 Andre Heimgartner hopes his timely impressive showing on home soil at Pukekohe proves he deserves a place on the Supercars grid next year.

The Nissan Motorsport driver faces an uncertain future in the category having yet to secure a drive for 2019.

However, the Kiwi helped his cause on Sunday by claiming a spot in the Armor All Top 10 Shootout before going on to finish eighth, equalling his best result of the campaign to date.

Heimgartner’s drive at Nissan Motorsport, which will become Kelly Racing next year, is one of two seats, including the drive currently occupied by Michael Caruso, to be confirmed at the Braeside operation.

Nissan Motorsport co-drivers Garry Jacobson and Alex Rullo have been linked to drives.

While his plans for 2019 are yet to be resolved, Heimgartner hopes Sunday’s performance will convince the right people to offer him a seat next year.

“It (the result) is timely, I suppose; in a way it is good to be able to put these things together and show that I do deserve to be in the championship,” Heimgartner told Speedcafe.com.

“The race was solid and we were able to pass some cars and have decent speed.

“I think that pace has been there all along, the last few rounds double stacking has affected us so to not have that issue go out there and push on has helped.

“It never can hurt doing well. It is very timely but we will have to wait and see what happens but I hope my results persuade the powers that be.

“I have taken a blind eye to it all and not getting too wrapped up in it all.

“I have just concentrated on doing the best I can and what happens, happens. I’m not stressed about the outcome as hopefully my driving will do the talking.”

While New Zealanders took out both races courtesy of Shane van Gisbergen and Scott McLaughlin, all five of the Kiwi contingent made the Top 10 Shootout on Sunday.

For Heimgartner the opportunity to have the track to himself in front of a bumper home crowd was special.

“It was pretty cool. It is something you dream of doing,” he added.

“I used to be there in the grandstands with my mum, dad and sister watching people like Greg Murphy, Rick Kelly and Marcos Ambrose doing the Shootouts here, so to be other the side of that was very special and something enjoyed.”

Heimgartner is 18th in the championship standings heading into the Coates Hire Newcastle 500 season finale from November 23-25.