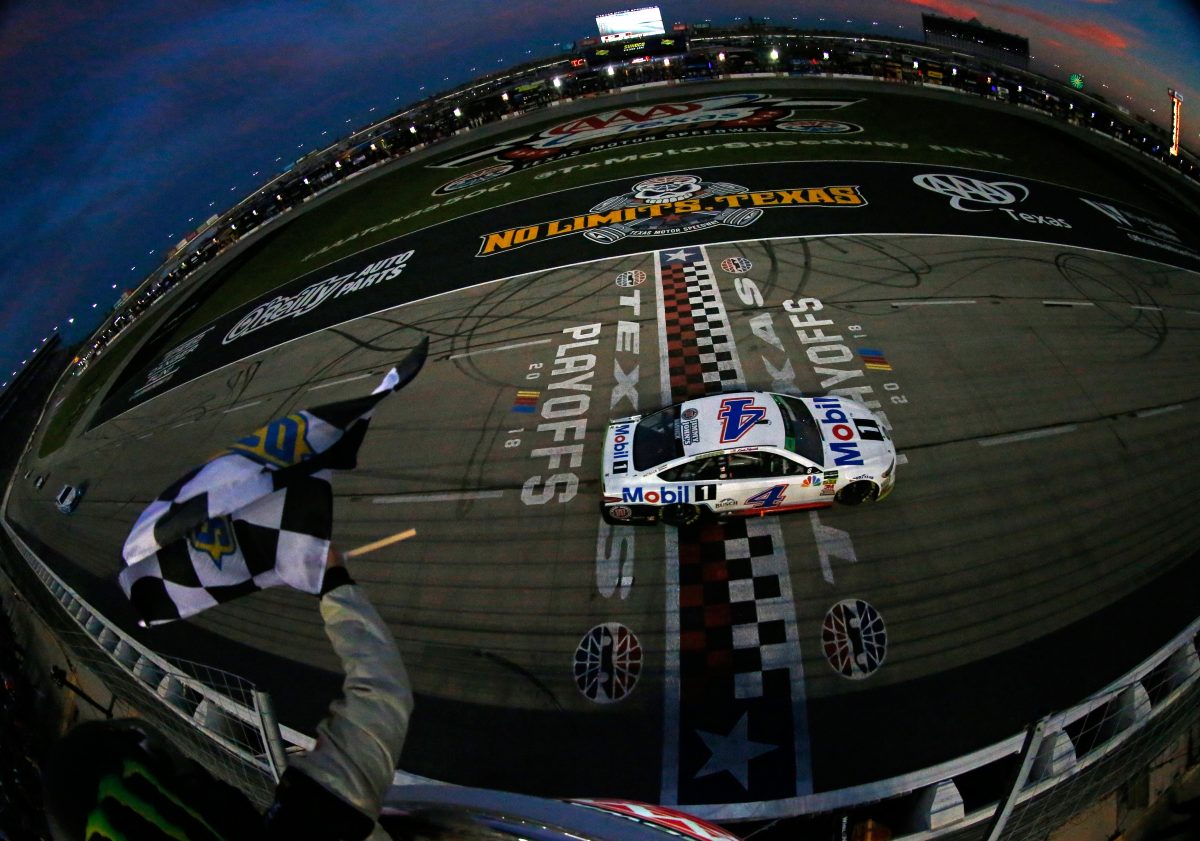 Kevin Harvick has punched his ticket to the NASCAR Cup Series championship four after beating Ryan Blaney to victory in overtime at Texas Motor Speedway.

Harvick was commanding all race long, winning the first two 85-lap stages comfortably in his #4 Stewart-Haas Racing Ford and leading a total 177 of 337 laps completed.

Blaney, who is already eliminated from the Playoffs, got ahead of Harvick on the outside on a Lap 311 restart but was not able to drive away from the #4, who re-passed the #12 with 17 to go.

An overtime restart following a late incident gave Blaney another opportunity to snatch the lead, but Harvick picked the outside lane and drove hard into Turn 1, easily clearing the Team Penske machine.

Harvick held on for the final two laps and took the chequered flag to guarantee himself a spot in the championship four finale at Homestead-Miami with his eighth win of the season.

Blaney remained second from Logano, who has already advanced to Miami with a win in this round, while non-Playoff drivers Erik Jones (#20 Joe Gibbs Racing Toyota) and Kyle Larson (#42 Chip Ganassi Racing Chevrolet) were fourth and fifth respectively.

It was a troubled run for Playoff heavyweights Truex Jnr and Kyle Busch (#18 Joe Gibbs Racing Toyota), who both had several issues that curtailed their races.

Truex Jnr’s ninth place salvage came after he started from the rear due to an engine change and was forced to pit under green early in the final stage with complaints of a loose wheel while in seventh.

To compound his issues, he copped a speeding penalty that dropped him off the lead lap at the time.

Kyle Busch finished 17th following a speeding penalty and a vibration that forced an unscheduled stop.

With Harvick’s and Logano’s wins, it leaves only two more spots open in the championship four.

Sitting above the cutline are Kyle Busch (+28) and Truex Jnr (+25), while everyone below lies in a must win situation heading into the final race of the Round of 8.

Aside from a handful of spins and minor contact, the most high profile incident of the race was on Lap 98 when Hendrick Motorsports Chevrolet teammates Jimmie Johnson (#48) and William Byron (#24) collided at Turn 3.