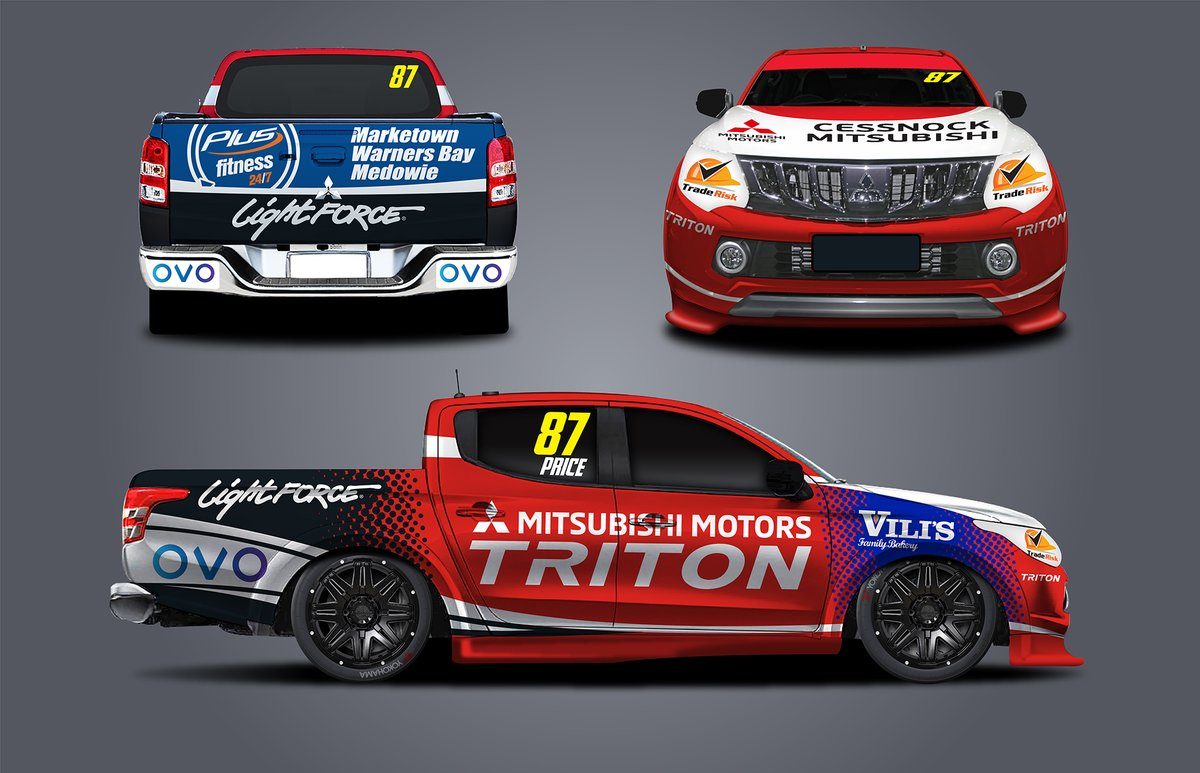 A render of the livery which Russell will carry in Newcastle

Aaren Russell will race on in the ECB SuperUtes Series when the season wraps up in his home city of Newcastle later this month.

Russell will take over the #87 Sieders Racing Team Mitsubishi Triton which has been piloted by various drivers throughout the series’ inaugural season including Dakar Rally winner Toby Price, who has been absent from SuperUtes since Round 2 due to his championship-winning offroad efforts. 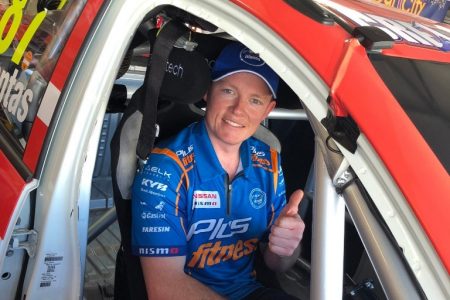 Aaren Russell in the SuperUte which he will race in Newcastle

The news comes after he had to call off a wildcard bid for the Virgin Australia Supercars Championship finale due to logistical constraints in the Newcastle East Street Circuit pit lane.

“I’m very happy to be able to lock something away at my home event and I’ll be racing one of the Mitsubishi Tritons for Team Triton Racing,” Russell told Speedcafe.com.

“I’m really excited, I’ve got some local backers to come onboard with Cessnock Mitsubishi and also the Plus Fitness franchises within Newcastle, so I’m really happy to have them all onboard and can’t wait for the weekend.”

Russell won the round in his only appearance in the V8 Ute Racing Series on the Gold Coast in 2015 and while he does not know what to expect from the SuperUte, he will have a test day at Sydney Motorsport Park beforehand.

“I’ve got none (idea of how V8 Ute compares to SuperUte), so I’m lucky I get to drive the car next Wednesday at Sydney Motorsport Park, so hopefully I will be a little more prepared than what I was last time driving the ute at the Gold Coast.

“I’m not going to go around and do a million laps but just figure out what they are and how they react, then hopefully have a strong showing in Newcastle.”

The start is currently a one-off, and Russell, who raced with Nissan Motorsport in this year’s Pirtek Enduro Cup, admits that he would entertain the idea of a full-time SuperUtes campaign if he could obtain the funding to do so.

“It’s definitely something I would look at, but I’d need to find the funding and bring sponsors onboard and I guess it really just depends on my enduro commitments; if I had to race something, what it was, and try and go from there,” he explained.

Russell is the second confirmed Novocastrian in the SuperUtes field at the Coates Hire Newcastle after Charlotte Poynting locked in a drive in a Western Sydney Motorsport Toyota Hilux, which is also run out of Sieders Racing Team.

Ryal Harris takes a 27-point lead at the top of the standings into the final round, on November 23-25.