Jayden Ojeda has been crowned CAMS Payce Australian Formula 4 champion on the final day of the season at Pukekohe.

A victory in Race 2 was enough for the AGI Sport driver to clinch the title, fighting back to the top spot after being shuffled down to third early in the race.

Thomas Smith triggered chaos after spinning on the opening lap, with Lachlan Hughes finding himself out front as a result of others taking evasive action.

Ojeda quickly picked off Ryan Suhle for second before taking Hughes for the lead a handful of laps later.

He took the chequered flag and with it the championship ahead of Suhle and Hughes.

At the start of Race 3, Ojeda and Suhle went toe-to-toe off the front row on the first lap, but it was the new champion who prevailed and cleared off in the lead.

Ojeda won by 0.9s over Suhle as Walls, Love and Hughes completed the top five. Nick Ross leads the BNT V8s series after beating Jack Smith in the final two races of the 2018/19 season opener, the latter of which was a bruising affair.

Race 1 winner Smith was finding it a tougher task to thread his #85 Commodore through the traffic and tangled with Taylor on the run to the Hairpin on Lap 4, causing Car #222 to spin and back into the side of Matt Tubbs (#42 Jumpflex Commodore).

The bingle promoted Smith to second and he wiped out the nearly four-second deficit in six laps, before driving past Ross off the Hairpin on Lap 13 after bumping the #007 Concept Motorsport Altima.

Exactly a lap later, however, he came up on backmarker Mathew Clark (Class Two #80 Commodore) and went outside when Clark tried to leave room on the inside, inadvertently escorting Smith off the road.

Earlier, Ross had held off Smith in Race 2 after the Super2 driver lost the lead with a wild run across the Turn 3 kerb on the opening lap.

Round 2 also takes place at Pukekohe, on the short circuit, on December 7-9. 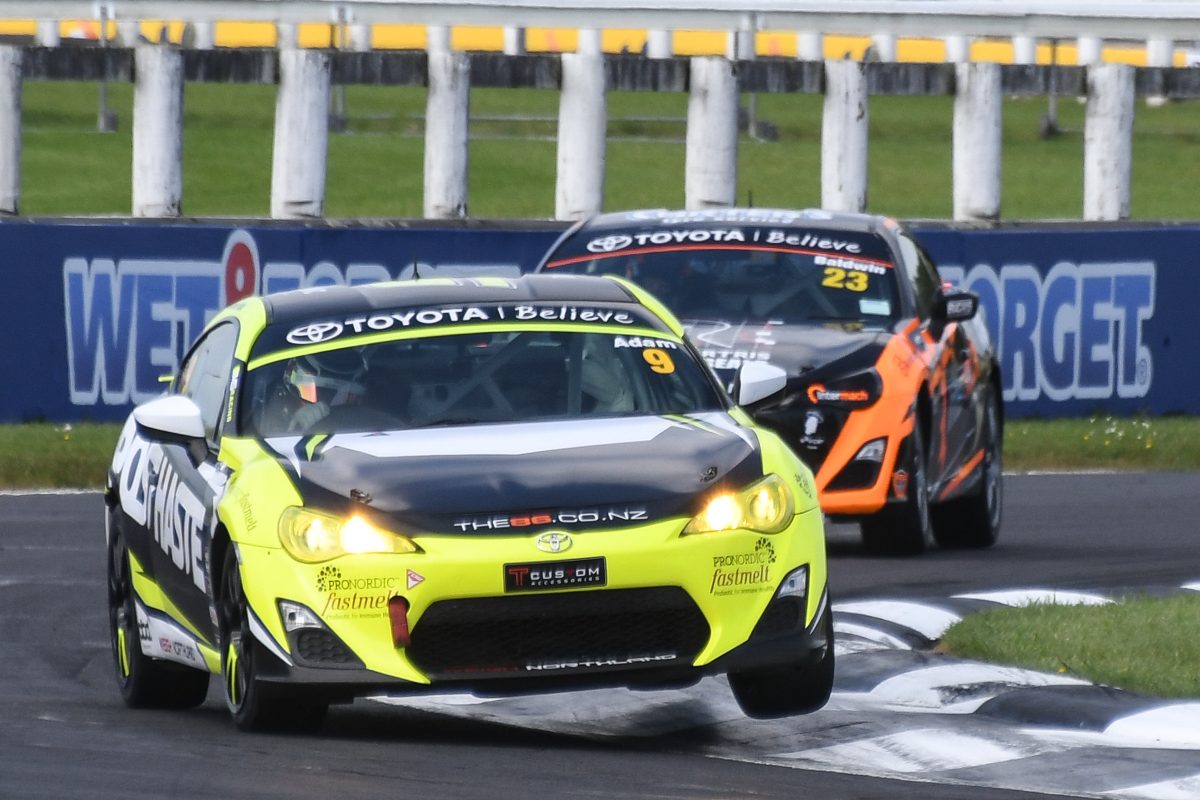 Adam converted off the front row in Race 2 and never looked back, despite a challenge from Jordan Baldwin on Lap 5.

As Adam won, Baldwin was only just able to beat Hedge to the line for second in a drag race out of the final corner by 0.1s.

In Race 3, Ransley slipped by Adam for the lead as Hedge then followed through into second a number of laps later.

Ransley crossed the line first, but was handed a five-second time penalty post-race, handing the win to Hedge with Adam second and Ransley falling back to third.

Adam leads series ahead of Round 2 back at Pukekohe on December 7-9.

Ken Smith won a shortened final Formula 500 race of the weekend at Pukekohe.

Barrier repairs from a heavy NZ Porsche crash extended over to Race 3, with the Formula 5000 field seeing the green flag with five minutes on the clock before the time certain finish.

Smith managed to drive up the road from second place man Michael Collins, who crossed the line 2.6s behind at the chequered flag.

In Race 4, Dean Perkins led away at the start but came under pressure from Fogg, who made his way through Turn 1 on Lap 7.