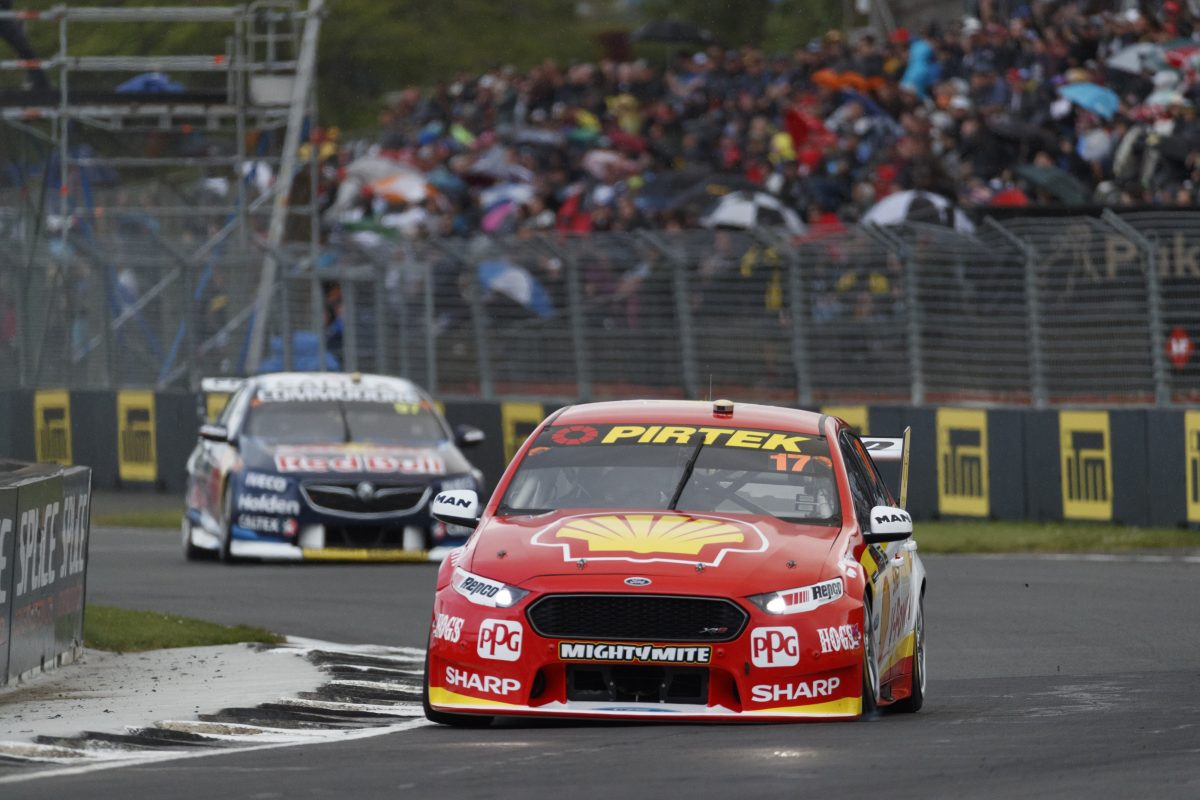 A protest from DJR Team Penske regarding a stewards’ decision not to award a penalty to race winner Shane van Gisbergen has been heard with the verdict expected later today.

A protest, lodged last night by the Ford squad, was heard at Pukekohe this morning after stewards elected not to award a penalty to race winner Shane van Gisbergen for spinning wheels during his final pit stop in Saturday’s race.

Television cameras caught the rear wheels of the #97 Red Bull Holden spinning as it was lowered to the ground, which contravenes Supercars rules with the matter referred to a post-race investigation.

Officials claimed last night that van Gisbergen, who overcame McLaughlin to win the race, did not warrant penalty given the wheels ‘had not completed in excess of one rotation’.

“The stewards have adjourned the hearing and they’re going to come back to us with a result later on.

“We’ll wait and see. We’ve presented a pretty good case. They’ve heard determinations from Michael Masi, DRD and they will make their decision in due course.”

Triple Eight team manager Mark Dutton offered his view of the situation and believes there is consistency in the call made by stewards post-race.

“So the protest wasn’t technically actually against Triple Eight, it was against Michael Masi, the deputy race director and his decision yesterday,” said Dutton.

“I was there (at the hearing) clearly because it effects our car, to have a say. Everyone had their say and now it’s up to the stewards.

“We think there’s been consistency with how the deputy race director has made his decisions.

“There’s clear precedents set at Bathurst this year, unfortunately for the car, both precedents happened on Car 9, an early one which was a breach but no penalty required, the same as Shane’s. And then they also had one that did require a penalty.

“All we ask for, everyone up and down pit lane is consistency; I believe there has been consistency in these decisions.”

As it stands, the results of Race 28 remain provisional.