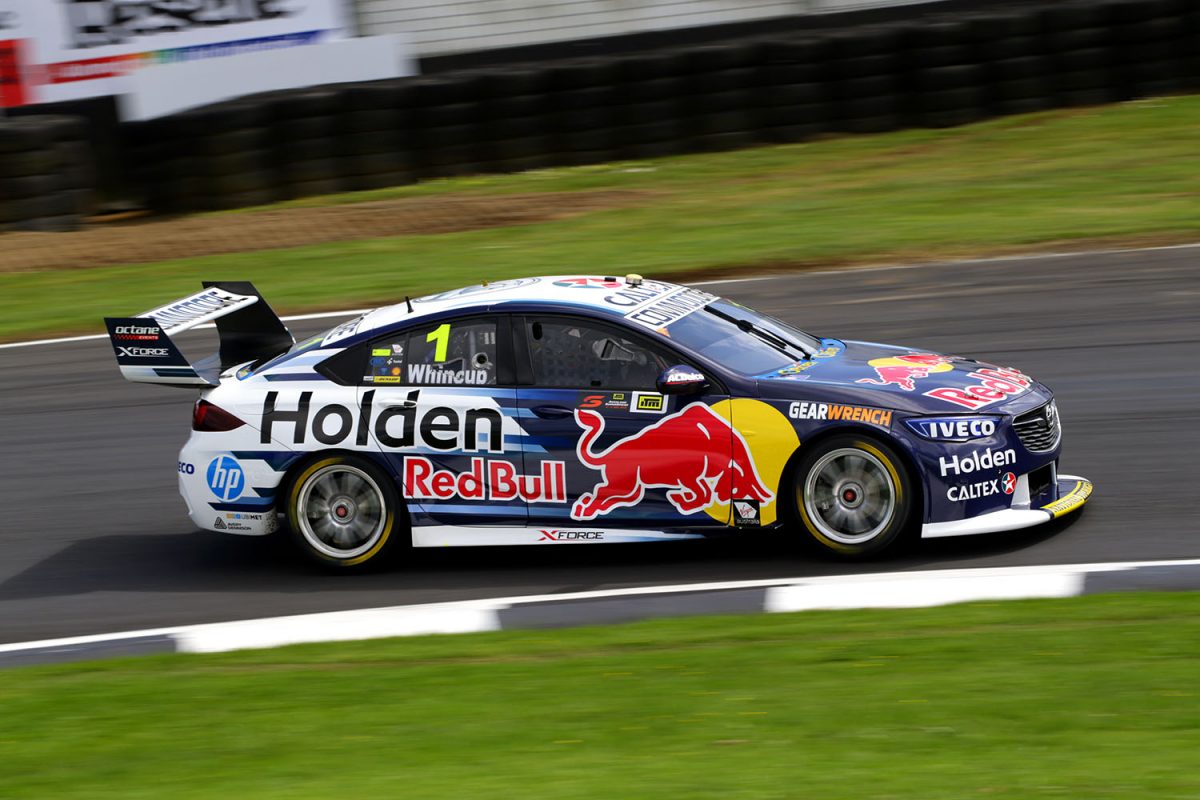 Jamie Whincup has denied Scott McLaughlin Armor All Pole Position for Race 29 by a mere 0.0158s as Shane van Gisbergen qualified just behind in third at Pukekohe.

Whincup was fourth-last on-track in the Top 10 Shootout for the second leg of the ITM Auckland SuperSprint but clocked the fastest lap of the weekend at 1:02.4719s in the #1 ZB Commodore.

His Red Bull Holden Racing Team stablemate van Gisbergen (#97 ZB Commodore) was next to set a lap but came up 0.1341s short.

McLaughlin went a little over a hundredth faster than Whincup to the second sector but the tiniest bit of oversteer into Turn 10 saw the margin reverse by the time the #17 Shell V-Power FGX Falcon got to the finish line.

David Reynolds (#9 Erebus Penrite ZB Commodore) was the only driver left to complete his lap and while he was within two tenths of Whincup, it was only good enough for fifth, behind Chaz Mostert (#55 Supercheap Auto FGX Falcon).

The pole is Whincup’s fifth of the year, having made up for dropping more than a tenth to Mostert to the first sector.

“I got nothing to lose, I had a bit of a dip there and it all paid off,” said the seven-time champion.

“Cauchi did a great job, car is better and really close; it’s so close between the top five. Glad I just pushed that little bit harder and got a few hundredths.”

McLaughlin was satisfied enough with a front row start for the second day in a row.

“At the end of the day, we’re side-by-side, equal chance at trying to get to Turn 1 first,” he observed.

“Got to stick to my procedure, our start was good yesterday so if we can do that again it would be nice.”

Fabian Coulthard drove right on the knife-edge of grip in his rebuilt #12 DJR Team Penske FGX Falcon to pick up sixth position with a 1:02.7454s, pipping then fast man Richie Stanaway by 0.0507s.

Stanaway had gone faster than he did in the earlier qualifying session, despite dropping a wheel of the #56 Rabble.Club FGX Falcon off the road entering the main straight.

Anton De Pasquale (#99 Erebus ZB Commodore) was on-track straight after Stanaway but couldn’t recover the time he lost in the first sector and dropped to eighth, one position below his provisional grid slot.

Cameron Waters (#6 Monster Energy FGX Falcon) was the second car out, just as evidence of light rain appeared on television cameras, and had a huge slide off the kerb at the final corner on his way to a 1:02.9873s.

He will share the fifth row of the grid with Andre Heimgartner (#7 Plus Fitness Nissan Altima), who opened the batting with a 1:03.4281s on used tyres that was easily beaten by those who followed.