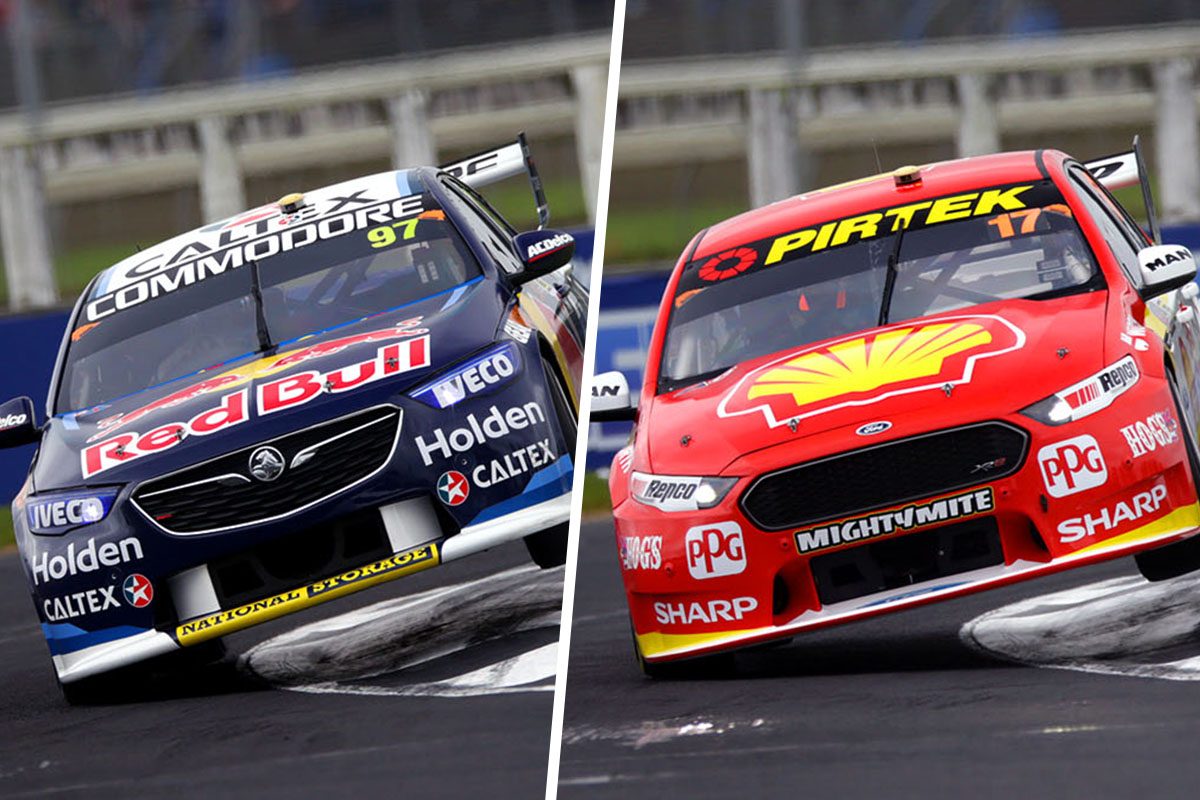 Scott McLaughlin expects the ‘hard racing’ between himself and Shane van Gisbergen to continue after the pair locked horns at the ITM Auckland SuperSprint.

The championship protagonists were involved in an enthralling head-to-head battle in Saturday’s Race 28 which included contact and controversy after the chequered flag.

Van Gisbergen was issued a five-second penalty after stewards deemed contact to the rear of McLaughlin’s car, while attempting to take the lead at Turn 8 with 10 laps remaining, breached the rules.

The Red Bull Holden driver went on to open up a 5.5s lead to take the win from McLaughlin on the road although the results remain provisional due to a separate incident.

Stewards conducted a post-race investigation into an incident where van Gisbergen appeared to spin his wheels during his final pit stop.

Officials elected not to issue a penalty, a decision which has been protested by McLaughlin’s Shell-V Power Racing team with a hearing expected today.

McLaughlin and van Gisbergen have been involved in a number of heated battles this season although this latest clash appears to be the most crucial with only three races left to decide the Supercars title.

Looking ahead to today’s race, McLaughlin, who now holds a two point series lead, expects the hard fought battle with his rival to continue.

“I don’t think it’s changed from the start of the year, I think it’s been flat out and hard racing and it’s always going to be that way between us,” said McLaughlin.

“Whether it’s this year, next year, the year after, or whenever, we’re racing for two big teams and we want the same stuff.

“At the end of the day we’ll have a beer after and get on with it.”

The rivalry appeared to go up notch following the end of yesterday’s race when van Gisbergen parked so close to McLaughlin in Parc Ferme that the latter was initially unable to clamber out of his car until he rolled back.

Supercars commentator Mark Skaife labelled the move an act of intimidation and gamesmanship.

Van Gisbergen described the incident as awkward before apologising to McLaughlin in the post-race press conference.

“I didn’t even realise I did it until after, it was pretty awkward,” said van Gisbergen.

“I apologised for that, I was just excited to jump out, get on the roof and start cheering. That was a bit of an awkward one, sorry about that.”

McLaughlin issued a curt response when asked for his view: “It is what it is. Obviously it was a mistake.”

The championship battle will continue today with Armor All Qualifying for Race 29 scheduled for 1105 local time (0905 AEDT).