Stanaway lashes out at ‘stupid’ penalty

Stanaway lashes out at ‘stupid’ penalty 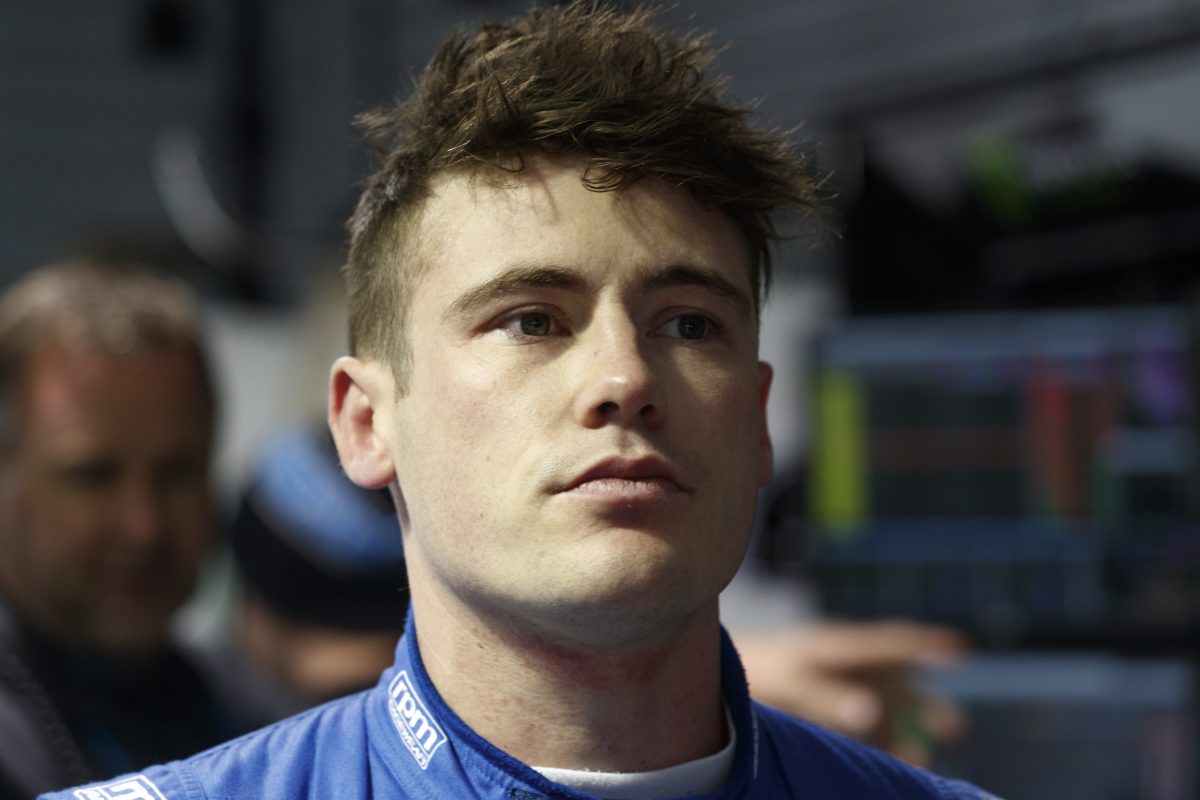 Richie Stanaway has lashed at what he termed a ‘stupid’ penalty for his involvement in Fabian Coulthard’s crash during Race 28 at the ITM Auckland SuperSprint.

The Tickford Racing driver was handed a drive-through-penalty by officials who deemed him responsible when Coulthard was pitched into the wall at the final turn after contact from Lee Holdsworth.

It left Stanaway frustrated after the race, the New Zealander believing he played no part in the crash.

“All I know is I got bumped out of the way at the hairpin by Holdsworth and then they’ve (Holdsworth and Coulthard) tried to go two-wide through the kink there,” Stanaway explained.

“He’s (Holdsworth) jumped on the brakes right in front of me and obviously I bumped into the rear of him and obviously the rest is history.

“I don’t know why I got a penalty for it. I don’t know how I was considered to be involved.

“It’s just stupid that it ruined my race and I wasn’t even involved in it.”

Adding to Stanaway’s ire was a clash with Andre Heimgartner earlier in the race which went unpunished by officials, leaving the 26-year-old to question the consistency of the officials.

“I got punted out of the way by Heimgartner two laps before which is the only reason I was back down there,” he said.

“I was asking on the radio for a redress and he just drove off. We sent in a submission to race control and nothing got done about it. Just no consistency whatsoever.

“There’s also no parity either,” he continued.

“Guys are pulling four, five car lengths on the straights, so you can’t really race when it doesn’t even feel you’re in the same category.

“Just seems to be no parity and no consistency with the stewards. Just feels like a bit of a joke at the moment.”

Coulthard, confirmed he was not injured, was unsure as to what had happened when speaking on television upon his return to pit lane during the race.

“I went around the outside of Lee and got tapped,” he recalled.

“I don’t know if there was any other contact or what happened.

“But Saturday’s at Pukekohe aren’t my thing. We had that drama here last year, same series of corners,” he added in regard to a rollover in the corresponding race of 2017.

“Hopefully the boys don’t have too much work and they can get it back out there. We’ve got the best crew in pit lane so hopefully we’ll be out there tomorrow.”

Stanaway ended the race in 23rd, having been running 11th prior to Coulthard’s crash.

He then fell down the order after having to double stack behind Cam Waters in the resulting Safety Car.

Serving his drive through on Lap 17, Stanaway fell to 24th, and remained towards the foot of the timesheets for the duration of the race. 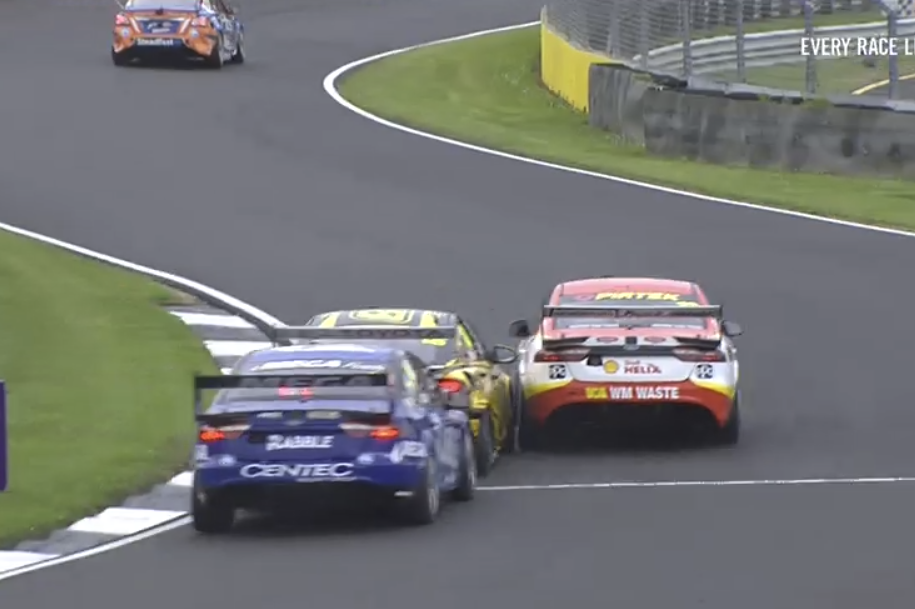 The moment of contact between the trio pic: Fox Sports 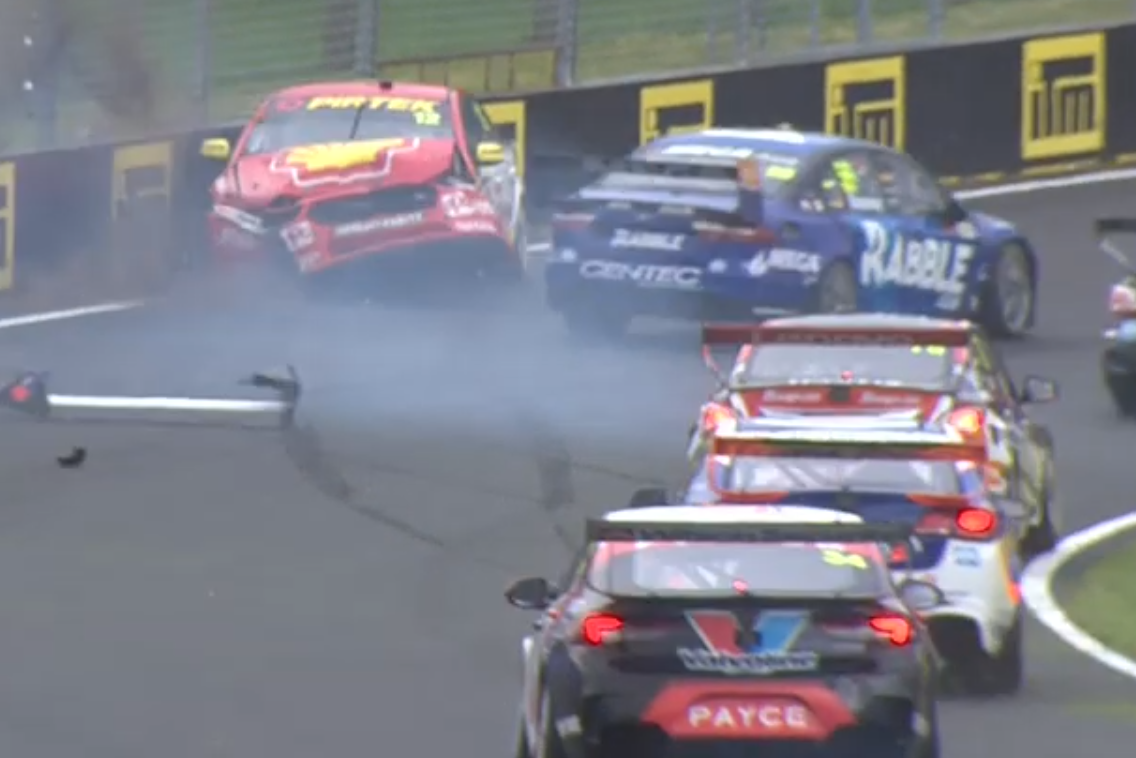