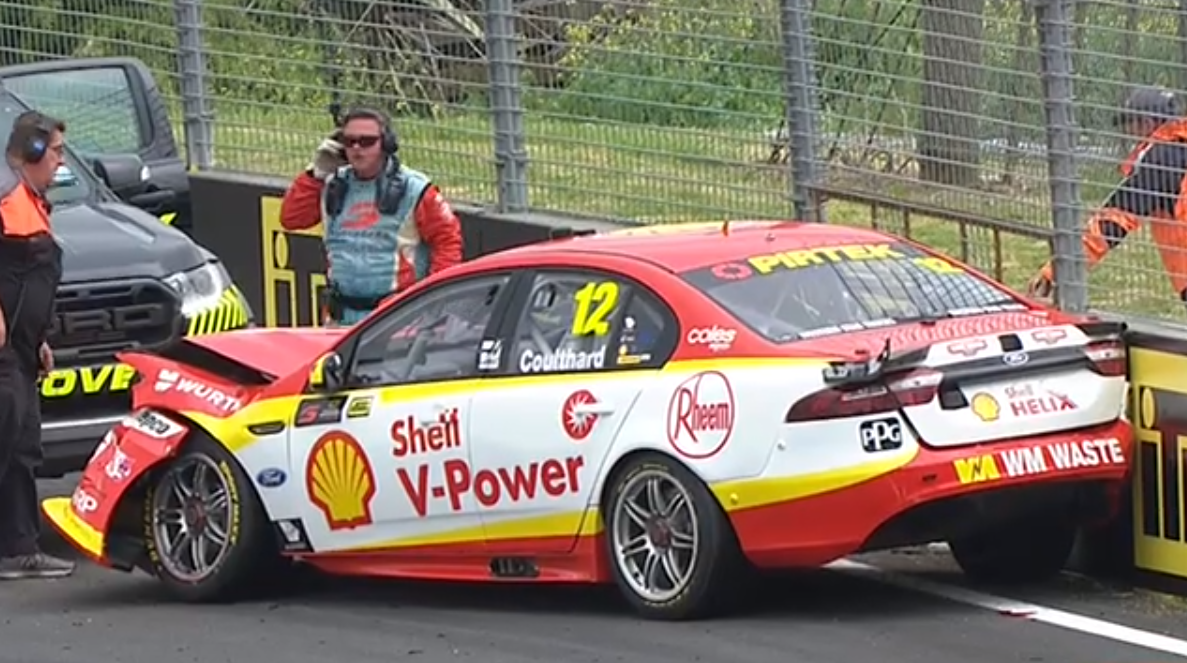 The Ford squad is expected to work long into the night after Coulthard’s #12 chassis suffered a hard impact to the front and rear at the final corner having been involved in a multi-car incident in Race 28.

Holdsworth touched the rear of the Ford after receiving nudge from Stanaway which resulted in Coulthard hitting the tyre wall on the driver’s side before sliding across the track and into the concrete barrier.

The incident saw Stanaway hit with a drive-through penalty although it is subject to a further post-race investigation.

A DJR Team Penske spokesman confirmed to Speedcafe.com that some welding is required on the front of the car although the squad is aiming to have the car repaired for tomorrow.

“The guys are reasonably confident,” said the team spokesman.

“There’s obviously plenty of work ahead to be done by the guys but there lots of panels coming off and going back on.

“There will be a bit of welding and the like required as well but it all looks like it can be fixed at least unless something else rears its head, but we should be back tomorrow.

“We’ve got all the bits and pieces we need.”

This is the second year in succession that has seen the team forced to work late into the night rebuilding Coulthard’s car.

Coulthard suffered a dramatic roll over at the same corner in last year’s Saturday race after contact with David Reynolds.

On that occasion the car was fixed in time for the Sunday race where the Kiwi finished fifth.