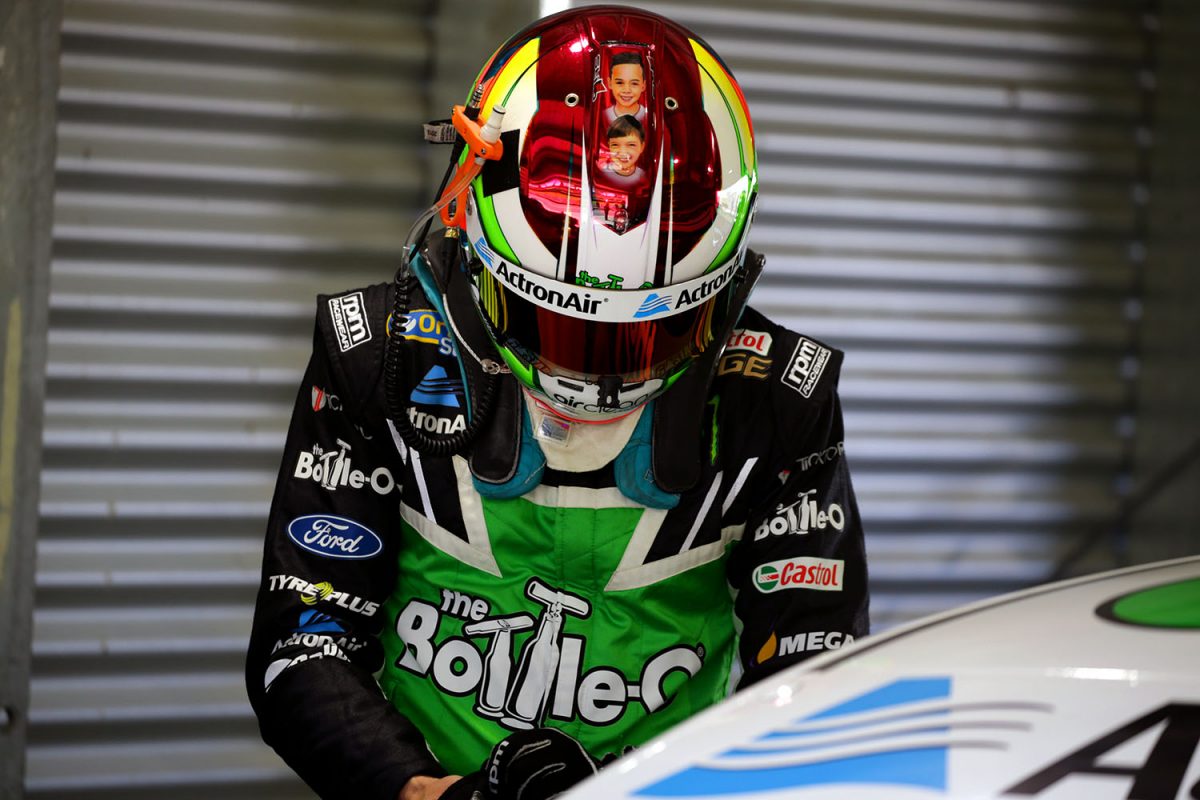 Jamie Whincup has praised Mark Winterbottom for making a ‘big call’ after the announcement that the Tickford Racing driver would be leaving his team of almost 13 years.

Tickford confirmed rumours of the exit on the eve of this weekend’s ITM Auckland SuperSprint, although Winterbottom says he has not yet locked in a new home 2019.

It has been speculated, however, that the 37-year-old will land at single-car Holden outfit Team 18, from which Lee Holdsworth has already confirmed that he is leaving.

Should that deal come to pass, it would mark the first time that Winterbottom has driven any Supercar other than a Ford Falcon, having started his touring car career by winning the 2003 Super2 Series in an AU with Stone Brothers Racing.

After also debuting in the Virgin Australia Supercars Championship that year as an enduro driver for SBR, he spent two years at Larkham Motorsport and the rest of his career to date at Tickford.

Whincup joined Triple Eight Race Engineering at the same time as Winterbottom’s move to what was then known as Ford Performance Racing, but that move took him from Holden team Tasman Motorsport to a Ford squad.

Triple Eight brought him and Craig Lowndes back to the General which it swapped manufacturers in 2010, before becoming Holden’s factory team in 2017.

Winterbottom maintains that his decision was not financially motivated, rather it was made in the hope of recapturing the form which took him to wins in the 2013 Supercheap Auto Bathurst 1000 and 2015 Virgin Australia Supercars Championship, stating “The last thing I want is to fade away and just turn up for a paycheque.”

Whincup, who recently purchased a 15 percent stake in Triple Eight and whose personal sacrifices for his motorsport career are a matter of public record, praised his long-time adversary for making a ‘big call’ to try and rejuvenate his career.

“I respect anyone that makes the big calls; it’s hard,” said the seven-time champion.

“It’s easy just to stay where you are and keep doing what you’re doing but people that are recognised when they change and make the big call, more often than not, make one step back and two steps forward.

“We’ve made the change, there is a passionate fanbase as Mark speaks about, but we’re here first and foremost to go racing and to win races and we make the decisions to ensure that keeps happening.”

Winterbottom, who was third-fastest in Friday practice at Pukekohe, stated that the decision was a mutual one between team and driver but reflected on the dilemma he faced.

“It’s emotional; when you work somewhere it’s hard to walk away,” he said.

“These guys would feel it; Jamie’s been at Triple Eight as long as I have and he’s that passionate he’s invested into the business.

“It’s very hard to just walk away from 13 years. It’s how it is; you try and hang on and hang on (but) there’s a point where you’ve got to make a call because next season turns up pretty damned quick.

“But it’s been respectful and the way it should be. That’s been the best part about it.

“It’ll be sad when you rock up next year and not walk in because the guys are not just workers, they become family, and that’s probably the saddest part but life moves on and you look for new challenges.”

Winterbottom is currently 13th in the championship as he searches for a first race win since the corresponding event two seasons ago.

The Supercars field is next on track for Practice 3 tomorrow at 1025 local time/0825 AEDT.