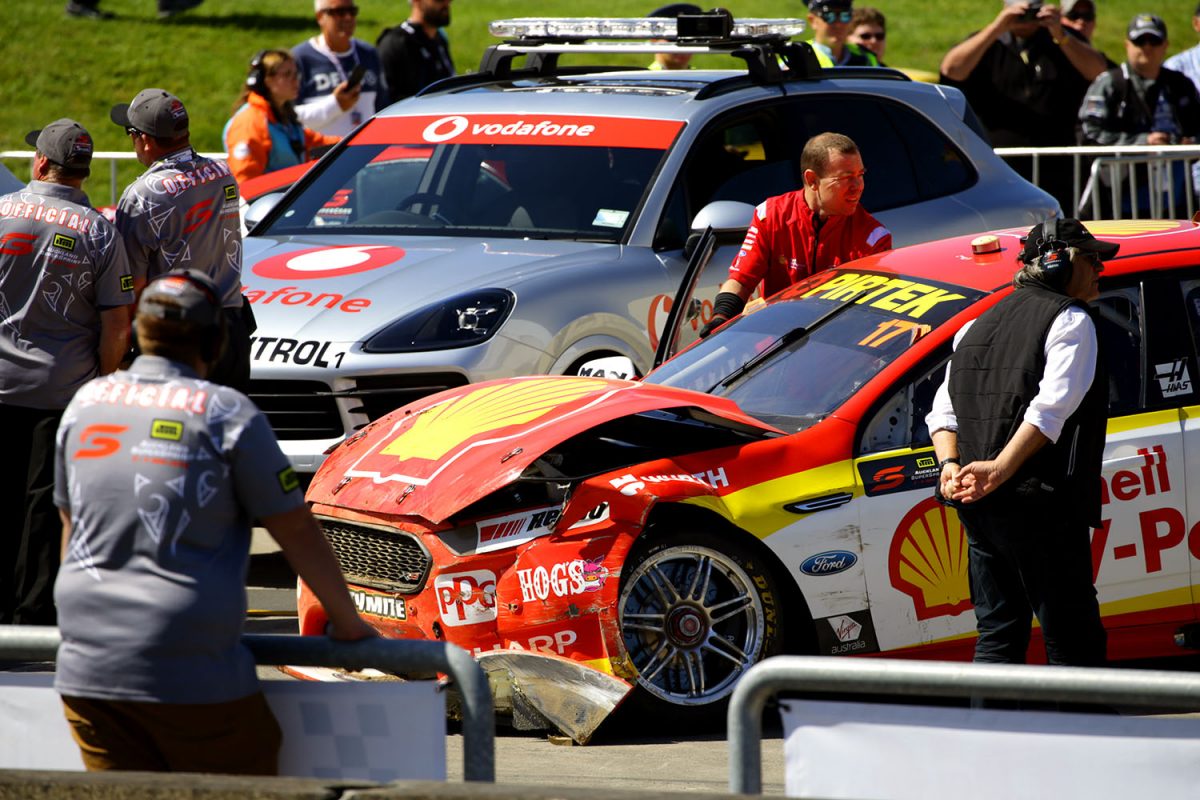 The Shell V-Power Racing team has repaired Scott McLaughlin’s car after the New Zealander made a ‘big mistake’ and crashed during Practice 2 for this weekend’s ITM Auckland SuperSprint.

The championship leader skated off the road at Turn 2 before heavily nosing the barriers to draw the red flag and end his session.

However, the team quickly set about repairing the damage which saw McLaughlin take part in the passenger ride session shortly after second practice concluded.

“The car is fast and it feels good, I’m just disappointed,” the championship leader said.

“Obviously, mistakes happen, but picking a fly-away round to make a big mistake is really frustrating.

“I’m disappointed in myself, but we’ll move forward. These things happen in motorsport, and you’ve got to move on.

“The team have cracked into it, and got the car fixed up really quickly. I’m very fortunate to have the best crew in the lane, and they’ve showed it again today.”

The crash occured after McLaughlin locked the rear brakes heading into Turn 2, leaving him unable to turn the car right for Turn 3.

It was an error that can be traced back to opening practice with the Kiwi feeling he was too slow through the first sector of the lap.

“I’m a little bit slower through Turns 1, 2, 3, 4 than I wanted to be, so I’ll try and look at that driving wise and see if we can come back stronger,” he commented.

Working on remedying those concerns in Practice 2 ultimately proved his undoing.

“(I was) just trying to find a little bit more of a driving thing that I’ve been working on into there,” he said.

“(I) just overstepped the mark, completely my fault, sorry to everyone at Shell V-Power Racing.

“We’ve been locking into there all run, so I’ve been running a little bit more brake bias since the start of that session,” he continued.

“Just lost the rear braking into (Turn) 2 there. Then just lost it and it was gone; passenger.”

Though he sat out most of the second session, McLaughlin still classified 12th fastest for the day courtesy of his 1:03.1150s effort in opening practice.

Supercars return to the Pukekohe circuit on Saturday at 1025 local time (0825 AEDT) for Practice 3.