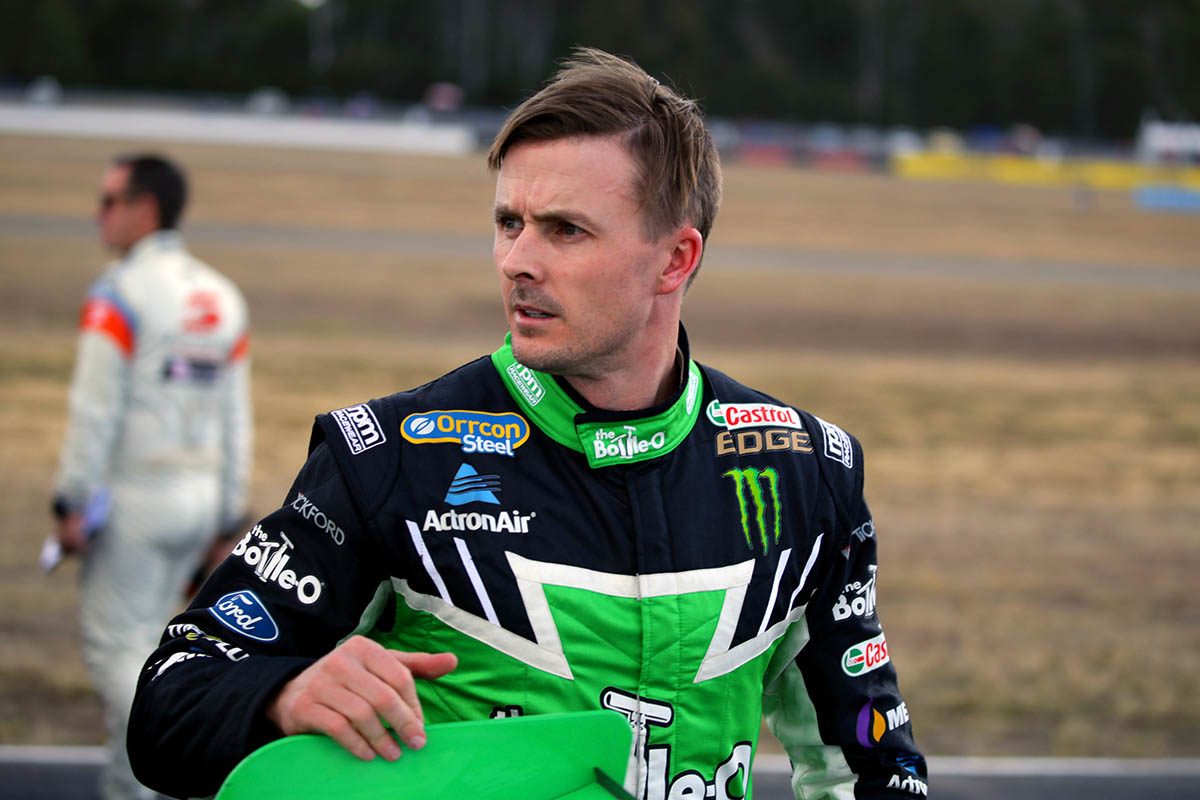 Tickford Racing has confirmed that Mark Winterbottom will leave the team at the end of the current campaign.

Winterbottom’s ongoing tenure at the team which he joined in 2006 had been subject to increasing speculation in recent weeks.

The Ford squad has since confirmed that its longest serving driver will not race with it in 2019.

“After ongoing discussions with us about his driving future, Mark Winterbottom has decided not to return to Tickford Racing in 2019,” read a team statement.

“Frosty has been a part of our family since 2006 and we have enjoyed 13 fantastic seasons together. With a Bathurst win, a season championship and over 100 podiums together, few team and driver combinations have been as successful as this one.

“Whilst we are sad to see the partnership conclude at season’s end, we will all look back fondly on the accomplishments we’ve achieved together. Our work isn’t finished. We plan to fight hard in the last two rounds of 2018 and hope to add to our long list of successes.

“Tickford Racing’s plans for the 2019 Supercars season remain well under way and we look forward to sharing exciting news about our future in the coming weeks.”

Winterbottom himself addressed the news on a Facebook live video shortly after the announcement was made.

“At the end of this season, Tickford and I will be parting ways,” began the 37-year-old.

“I know this will disappoint many of you but I want to assure you that I will still be on the grid in 2019 and beyond.

“Tickford and I have raced together for 13 years and we have achieved many of our ultimate goals; 38 race wins, 117 podiums, 36 pole positions, and not to mention a Bathurst win in ’13 and a championship win in 2015.

“In that time, I’ve worked with so many amazing people and they will continue to be a big part of my life.

“We talk a lot about loyalty in this sport, and that is incredibly important to me,” he added.

“I have been with Tickford for 13 years and I want you to know that this decision was not financially motivated.

“I shook hands with the Tickford management and we’ve wished each other all the best in the future.

“We will always remain respectful and grateful for the history we have created together, and the amazing times we have shared. Tickford will always hold a special place in my heart.”

Winterbottom arrived at the Campbellfield squad, then known as Ford Performance Racing, after spending his first two full years in the Virgin Australia Supercars Championship at Larkham Motorsport.

He was part of the team’s first major triumph in winning the 2006 Sandown 500 with Jason Bright, and then its first victory in the Great Race with Steven Richards in 2013.

A championship followed in 2015 but Winterbottom will be winless for two seasons if he does not pick up a win in either of this weekend’s races at the ITM Auckland SuperSprint.

None of Tickford’s four entries had been first to the chequered flag in 2018 until the most recent event on the Gold Coast when Chaz Mostert and James Moffat won on the Saturday.

It was that drought which Winterbottom also referenced in his comments about the decision to leave.

“The last few years have been really tough; my five-year-old son can’t even remember seeing me win a race,” he noted.

“The last thing I want is to fade away and just turn up for a paycheque.

“I know I can still compete like I did three years ago when I won the championship. I want to get back to the front and I have the backing of many people that I respect in this sport.”

Winterbottom, who is currently 13th in the championship, has been linked with Team 18 for 2019 but did not give any clues himself as to where he may land.

Tickford is believed to have handed back a REC but appears set to still field four cars in a customer deal with Milwaukee Racing.

Winterbottom talks about his exit from Tickford