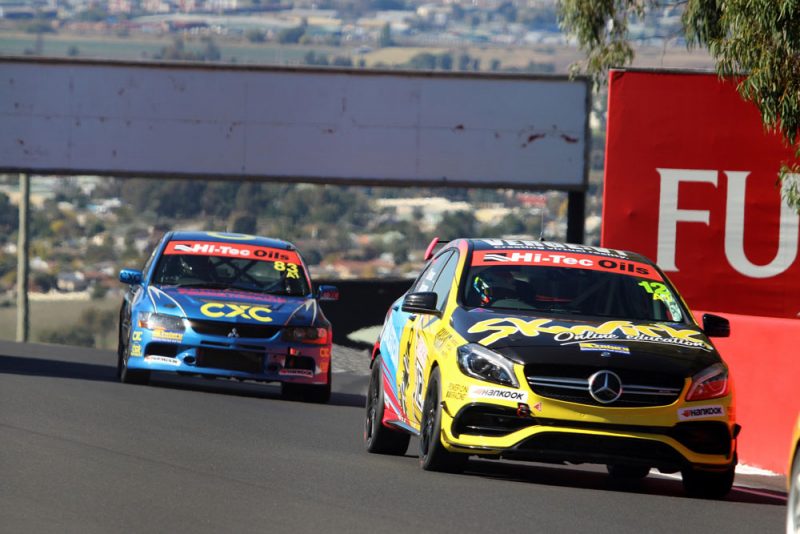 Organisers of the Production Cars Australia Championship are confident of attracting grids of more than 20 cars in its inaugural season next year.

Headed by Rod Salmon and Paul Taylor, the men responsible for the GT-1 Australia series, the new category is designed to cater to more typical production cars, targeting competitors Salmon suggests have been disenfranchised by the CAMS series in recent years.

The competition will be open to genuine four-seater production cars, with a price cap of around $100,000, with Salmon suggesting there’s already been strong interest in the competition.

“I reckon we’ll have 20-plus cars. I’m really, really confident that we will,” Salmon told Speedcafe.com.

“There’s been so many people who’ve gone ‘mate, you’ve absolutely hit the nail on the head, that’s what we want to do’.

“I built a Mercedes, it cost me $200,000 to build that thing and it’s not the right mouse trap for Australian Production Cars

“That’s what I think the category should be, and that’s what we’re designing it around. So, low cost, don’t spend $200,000 building a car, and develop it as you go.”

The series format is set to see three races held over a weekend, with two 30 minute encounters on Saturday and a 60 minute race on Sunday.

Teams will be able to enter two drivers, each competing in one of the 30 minute races and sharing the longer Sunday race.

The Production Car Australia Championship is set to take in five events in 2019, running on the AMRS platform which is yet to confirm its calendar.