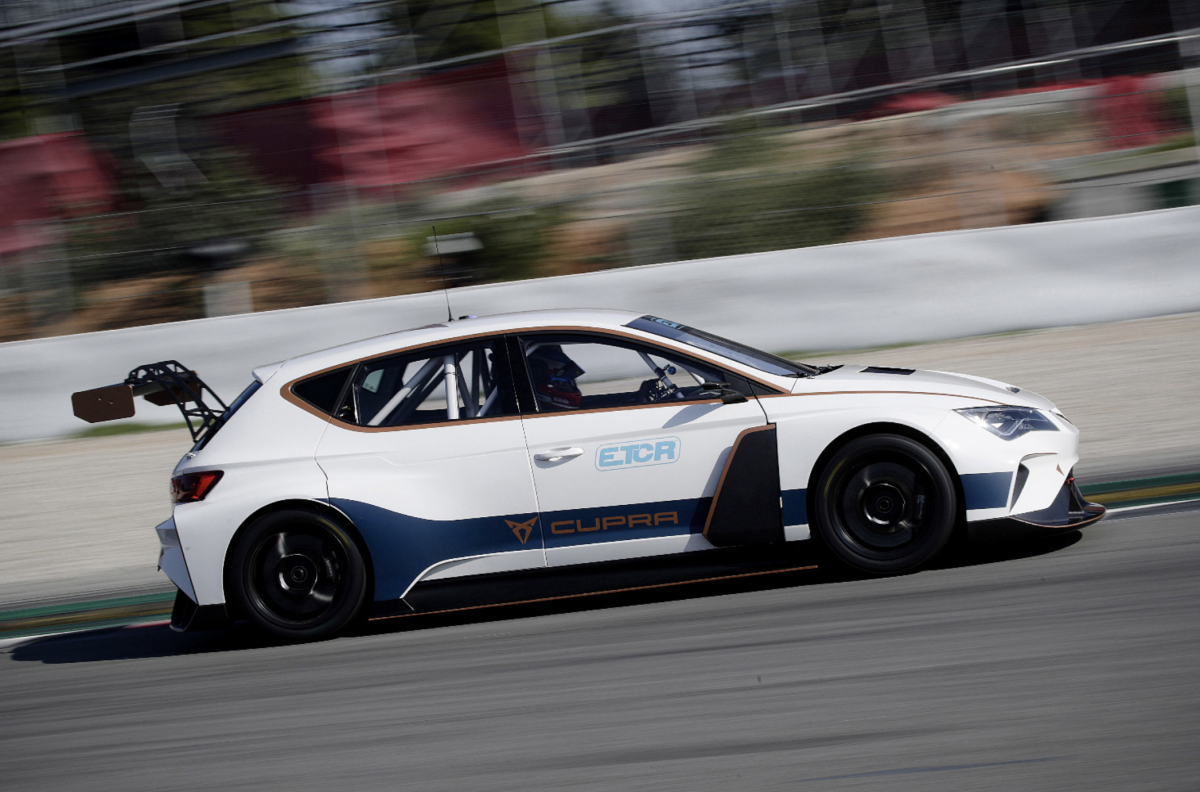 Electric touring car racing has a place in the future Australian motorsport landscape, according to TCR Australia boss Matt Braid.

Known as ETCR, the series which aims to begin in 2020 is first global multi-brand racing championship for electric touring cars, which is based around the existing TCR production based touring car platform.

A SEAT CUPRA e-Racer has already been constructed which cut laps in front of media and manufacturers at the Barcelona launch.

The car is powered by two twin-electric motors located over the rear axle, delivering up to 500 kW (680 bhp), and is also equipped with an energy recovery system.

While TCR Australia is building up to its inaugural season next year Braid can see the electric touring car platform featuring in Australia.

“I think it’s a great move for the series and certainly the manufacturers are particularly interested in it,” said Braid.

“By that nature, I think going forward, yes, I believe there’s certainly a place for it in Australia in the future.

“I don’t think that we would lead the way in it, quite clearly. It has got a few years to really map out how it runs and to preview more manufacturers coming in.

“But there is no doubt it’s going to happen, and it’ll happen big in Europe first and then I think  it will translate down into the Australian market for us in TCR Australia at some stage.”

Braid sees the ETCR movement as the leader in the bringing electrification into touring car racing much like Formula E has led the way for electric open wheel racing.

“I think the feedback on the day was very good, and you look at the manufacturers there, they were all talking about it, so they see the automotive landscape changing,” added Braid.

“Electrification is obviously here to say and is the way forward. (The manufacturers) see it as an avenue like Formula E, which is obviously pursuing technology in the electric space in open-wheel and leading edge stuff in the environment. Whereas, ETCR actually has electrification in a production-based Touring Car category.

“I think that’s very positive and (TCR boss) Marcello (Lotti), to his credit and his team, are now technically leading the way of electrification in Touring Car racing as Formula E is in open-wheelers.

“I think it’s a great move for the series and certainly the manufacturers are particularly interested in it.

Preparations for TCR Australia is continuing to build with the first Volkswagen Golf TCR machine arriving in the country this week.

The series is yet to reveal its 2019 calendar although racing is expected to start around April/May next year.