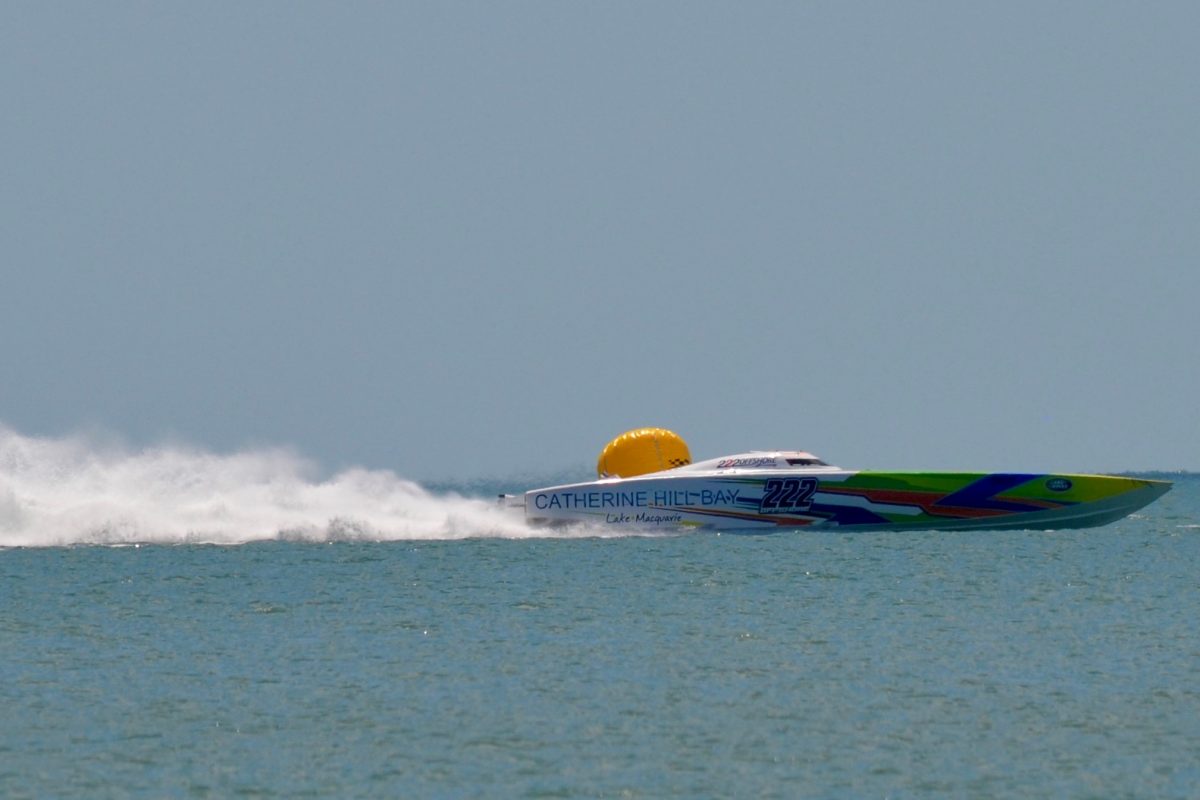 The 222 Offshore in Hervey Bay

Todd Kelly’s cameo in the final round of the 2018 Australian Offshore Superboat Championships has resulted in the 222 Offshore team sealing the title in dramatic circumstances.

Kelly stepped into the Class One Superboat for the third and final round of the season in Hervey Bay last weekend due to a clashing commitment for owner Darren Nicholson.

While the team arrived in Queensland needing to finish at least one of the two races to win the championship, they struck trouble in the opener when Kelly and throttleman Peter McGrath incurred a broken prop shaft.

Despite having not rebuilt a prop shaft between races before, the crew, including Kelly and McGrath, managed to pull off the feat in 30 minutes and just make Race 2.

They finished that 30-minute encounter, which ran in rough conditions, in second position to clinch the championship.

“The weekend was a fun challenge for me both on and off the water,” said Kelly after his first competitive racing since retiring from the Virgin Australia Supercars Championship last year.

“We arrived at the event only needing to finish one race to seal up the championship for team 222 and the tables quickly turned midway through race 1 with the prop shaft failure.

“The entire team did an outstanding job to get the boat back on the water and it made for an extremely exciting and rewarding Race 2.

“The pressure was on in conditions that I hadn’t yet experienced in the boat and we were doing over 200km/h, completely airborne, with someone else in charge of the throttles… it was a real buzz.

“It was great to experience another form of top level Australian motorsport.”

McGrath added, “Todd did an incredible job for us and he’s very handy on the wheel and also on the tools.

“In Offshore Racing your track is always changing and the wind picked up considerably between the first and second race, which meant that it was quite choppy. But I had no choice, I had to push the boat to ensure we finished in the best position for points.

“Todd handled it all so well and he got us across the line in second, which was enough to win the Australian Championship.”

The 222 Offshore Superboat is based in Lake Macquarie, adjacent to Nicholson’s home town of Newcastle, and carries signage promoting the Coates Hire Newcastle 500.

Its 750hp engines will now be replaced by two twin supercharged 1200hp powerplants in order to contest the Bridge to Bridge event on the Hawkesbury River, to Sydney’s north and northwest, on November 24-25.