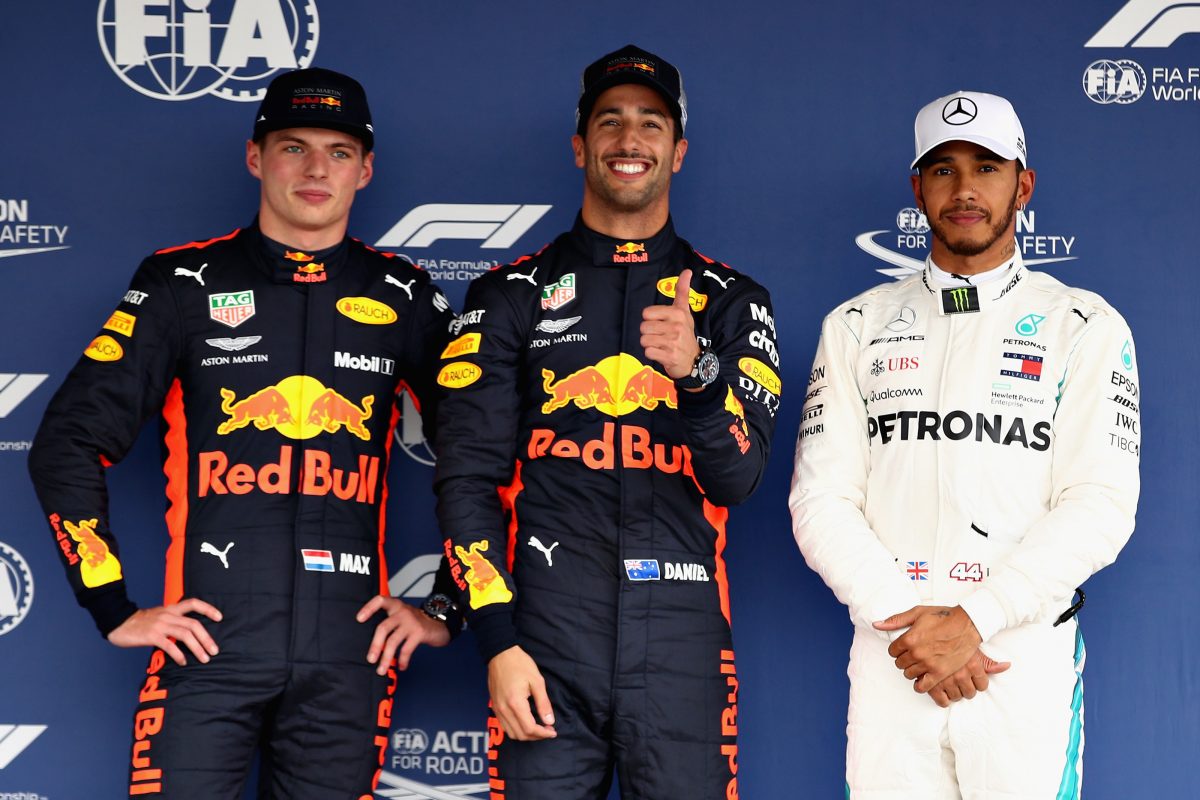 Max Verstappen’s father Jos has revealed that his son was “really agitated” by Daniel Ricciardo’s pole celebrations in Mexico.

Ricciardo went fastest in the final moments of qualifying at the Autódromo Hermanos Rodríguez, denying his Red Bull Racing team-mate a maiden Formula 1 pole by only 0.026s.

Verstappen had topped each of the three practice sessions and team principal Christian Horner observed that Ricciardo’s flyer “came from nowhere” but said the Australian “did the better job in Q3.”

Jos felt that Ricciardo’s celebrations were excessive and intimated that they provided extra motivation for Verstappen to go on and win the race.

“I was not really happy myself, but I spoke to him before bed time,” Jos told Dutch network Ziggo Sport.

“I tried to calm him down a bit, he was particularly angry because the car was out of order. That pole position is nice, but winning is of course much more important.

“He was especially annoyed by missing the pole and by the car, but also by Ricciardo. He celebrated his pole position with an exuberance as if he had become world champion.

“(Max) was very angry. He was greatly exasperated and wanted only one thing, that was winning the race.”

Verstappen did indeed take victory while Ricciardo, who dropped to third at the start but was holding off Sebastian Vettel for second position in the latter stages, suffered yet another technical failure.

Jos even remarked that the qualifying result had ultimately favoured the 21-year-old.

“In the end it was a good thing he started from second place,” he claimed.

“If you look at (Lewis) Hamilton’s start and how he gets in between the Red Bulls, Max would have been on the outside if he had started on pole.

“It all worked out well.”

The Dutchman is fifth in the standings while Ricciardo, who quipped that his car was ‘cursed’ after retiring for an eighth time in 2018, will take sixth in the drivers’ championship regardless of results in the final two races of the season.