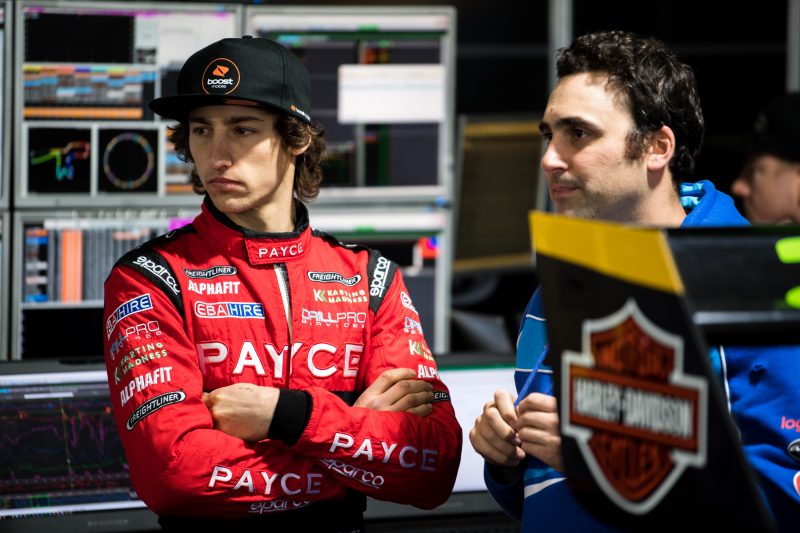 Macauley Jones says he is trying everything to make the step up to Supercars next year having emerged as a potential candidate for the vacant seat at Tim Blanchard Racing.

The Super2 driver is pushing hard to secure the drive which is yet to be filled for 2019 after confirmation that Tim Blanchard will step away from full-time Supercars racing at the end of the year.

Jones has long been linked with the #21 seat, run out of family team Brad Jones Racing, with suggestions that he could replace Blanchard for this season coming to light last year when the latter was considering his future in the series.

While the entry is set to remain at BJR next year, a possible graduation to Supercars is far from certain for Jones with a number of drivers expected to be vying for the seat.

The 24-year-old remains hopeful but admits securing sponsorship will be key for his bid.

“We are definitely working away at it,” Jones told Speedcafe.com.

“I’m hopeful and we are trying everything we can at the moment to step up, but there are a lot of commitments you have to make to do that.

“We are just trying to work it out now and I’m sure it will all be decided soon hopefully. It is still all up in the air.

“It is such a family knit team and I’m obviously part of that family.

“It would be very good to jump into it from that side and I actually live with one of the mechanics and I know the whole crew very well.

“It is such a big step in budget and we are just trying to finalise it all now.

“Sponsorship is very hard to come by these days in the sport and we are just trying to work that side of it out.

“It is a two week period where everyone is trying to make the decision.

“You have to play the patience game so I’m hopeful.

“I’m definitely one of the options and it is something I have been trying to work towards and I’m definitely pushing for it but it is a hard game.”

Having raced in Supercars’ second tier for almost five seasons after joining midway through 2014, Jones feels he is ready to make the leap to main game.

This season he boosted his miles in the category this year by contesting two wildcard appearances at Darwin in June and The Bend Motorsport Park in August.

The outings arrived in addition to a Pirtek Enduro Cup campaign alongside Nick Percat.

“I think it is the time (to make the jump to Supercars),” Jones added.

“Anytime you can get that opportunity, whether you are on the bubble of being ready, I think you need to make the jump and commit to that.

“Jumping in the deep end is something we have done a few times and it makes you learn a lot faster.”

REC owner Blanchard says the team will work on securing a driver for the #21 entry in the coming weeks.