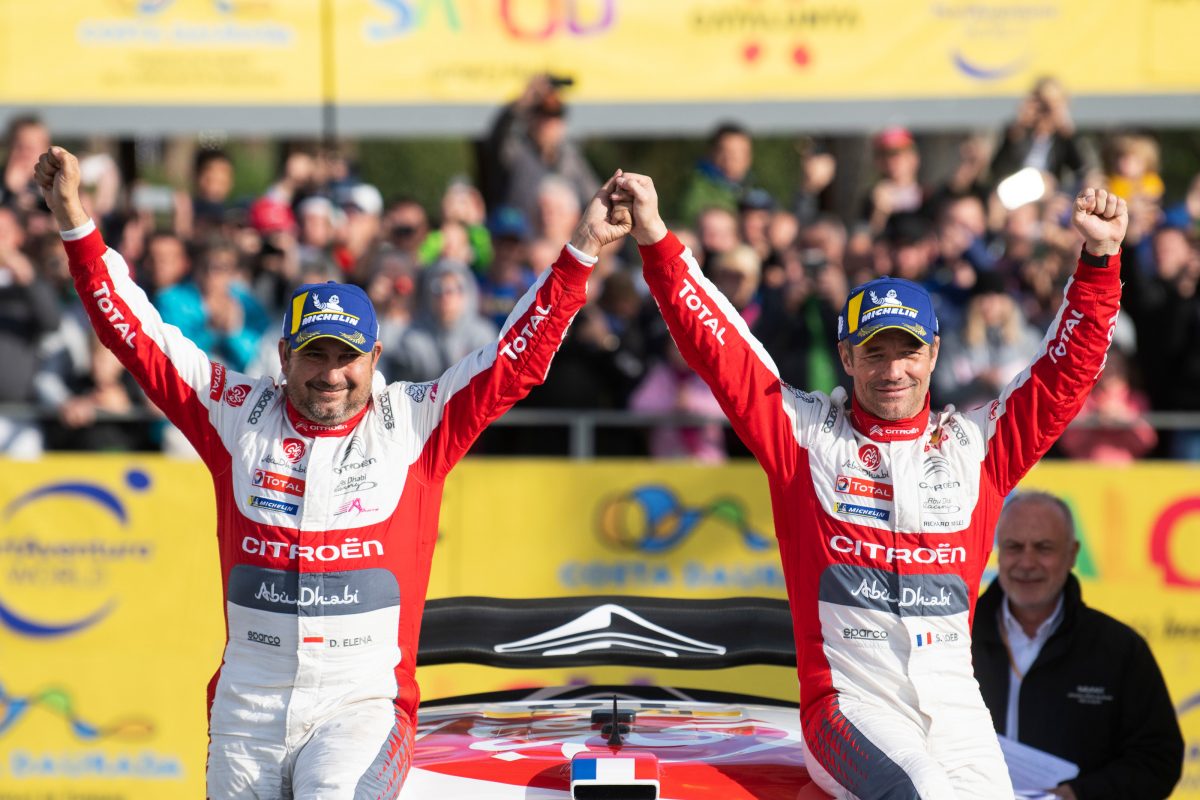 Loeb signed on for three rallies with Citroen in 2018 and led on the Saturday of Rally Mexico before picking up a puncture, eventually finishing the event in fifth.

He crashed out of Corsica early on but then went and took a narrow victory over the only man to have won the world championship since his nine-year reign, Sebastien Ogier, in Catalunya.

There is no confirmed WRC program for Loeb in 2019, and Citroen has so far only confirmed full-time entries for the returning Ogier and new signing Esapekka Lappi.

Loeb has driven with Citroen’s sister brand Peugeot in the World Rallycross Championship and Dakar for the past three years, but Peugeot has now pulled out of both of those competitions.

When asked if his win in Spain had motivated him to contest more rallies in 2019, the 44-year-old responded, “Maybe, yes.

“For sure I enjoyed the weekend. It was a really nice feeling to fight again and win the rally. This is where I feel better, more than any other discipline.

“But in another way, I know why I retire, it’s because you do only rallying and it’s a lot of time and involvement.

“It’s not what I want today and coming back, even for some rallies, is complicated as well. We have to see.”

Loeb’s last WRC win came in Argentina in May 2013, in his third of four events that year.

The Frenchman revealed that he had even grown accustomed to not winning in the years since when competing in other disciplines.

“When I started this season doing three rallies, I didn’t know what to expect,” he explained.

“I knew I could drive, but could I reach the top level again? I didn’t know.

“It’s not been so easy, but finally the feeling came back again and winning here was an incredible feeling.

“And six years after, I’m not used to winning; I didn’t win so much in rallycross. Winning was new for me again and this is why it was quite emotional.”

While Loeb had taken Craig Breen’s seat in Argentina and France, before a shuffle in Citroen’s line-up due to the axing of Kris Meeke, the team has run three World Rally Cars at various times in 2018, for Mads Ostberg and Khalid Al Qassimi.

That is up in the air, as is Loeb’s rallycross drive.

“I didn’t have time to think yet about what is coming for next year,” he said of World RX.

“When I heard about Peugeot, when I got the news about stopping rallycross, already I was thinking to this event.

“I was having my pre-event test and there wasn’t time to think to anything.”

The final WRC round of the season is Kennards Hire Rally Australia, from November 15-18.

Ogier will take a three-point lead over Thierry Neuville to Coffs Harbour and Ott Tanak also remains a mathematical chance of the title.