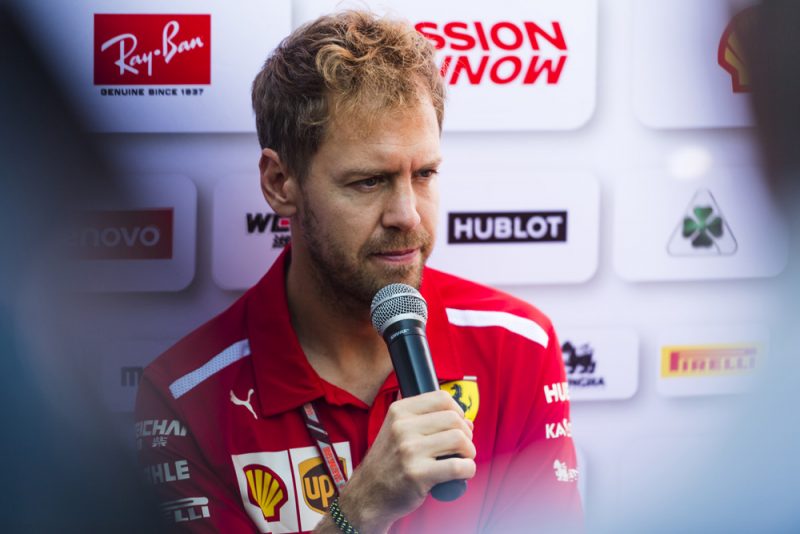 Sebastian Vettel has described his defeat in the 2018 Formula 1 world championship as a ‘horrible moment’.

Lewis Hamilton sealed his fifth championship in Mexico after Vettel finished second in a race he needed to win to have any chance of prolonging the championship fight.

Even if Vettel had won, by finishing fourth Hamilton ensured himself of his fifth F1 title after needing only to finish higher than seventh.

Though a title loss has seemed inevitable for sometime, Hamilton having had the ascendancy since the German Grand Prix in July, Vettel admitted it was still a hard pill to swallow.

“You put a lot of work in and even if you saw it coming – I didn’t pay any attention in maths so I couldn’t do the numbers – you hang in there as long as you can.

“Three times now in my life I’ve had that sort of disappointment where you realise one day that you can’t win the championship anymore and those are not happy days.

“You reflect on not one moment, but the whole year and the work that goes in, the effort that goes in from the end of last year until now.

“We had our chances, we used most of them. Maybe some we did not. But in the end we were not good enough.”

Despite his own disappointment, Vettel applauded Hamilton on his performance throughout the campaign.

The two protagonists embraced in parc ferme following the race, Vettel cutting short his post-race interview to congratulate Hamilton on his achievement.

“He was the better one of us two.

“I told him it was well deserved and to enjoy it. Number five, I think it’s something incredible.

“So I mainly congratulated him and asked him to keep pushing for next year and said I’ll do my best to fight him again.”

Following the race Vettel visited the Mercedes garage and congratulated the team, a moment shared by the German squad on Twitter.

While the Drivers’ Championship has been decided the Constructors’ remains up for grabs, with Mercedes holding a 55 point advantage over Ferrari with two races remaining.

Humility in victory, grace in defeat.

These are the attributes of great champions. 👏👏👏#MexicoGP 🇲🇽 #HiFive pic.twitter.com/kLoNVuEiFL