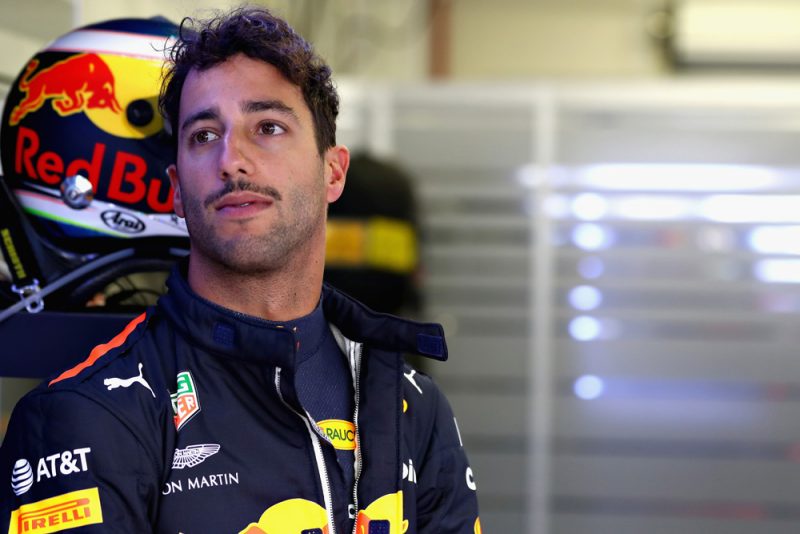 A disheartened Daniel Ricciardo suggested his car was cursed after his run of bad luck continued at the Mexican Grand Prix.

The Australian cut a dejected figure as he climbed from his car for the eighth time in 2018, his second retirement in as many weeks.

Running second at the time to team-mate Max Verstappen, the 28-year-old could offer no explanation beyond suggesting his RB14 was cursed.

“I don’t think ‘frustration’ is the word anymore,” Ricciardo confessed after the race.

“I haven’t had a clean race or weekend in so long. I’m not superstitious or any of this bullshit, but… the car’s cursed. I don’t have any more words.”

Ricciardo started from pole before bogging down off the line and dropping to third, but had remained in contention with the leaders.

He was promoted back to second when Ferrari stopped Sebastian Vettel for a second time, and was set to battle to the end on a set of Supersoft tyres that had been fitted when he stopped on Lap 13.

Despite his comparative lack of grip and the threat of a charging Vettel on fresher rubber, Ricciardo looked to be holding station and likely to at least achieve a podium result.

Smoke from his car as the race entered its closing stages were a forewarning of what was to come as he rolled to a halt half a lap later.

Reflecting on his race, Ricciardo admitted the omens weren’t positive from the start.

“The starts have been good all weekend, the practice starts, and for the race start, it’s all over the place with the pre-start,” he explained.

“Just things are happening on Sunday which I’ve got no more explanation for. The car… I’ll let Gasly drive it, I’m done with it.”

Ricciardo has retired from eight races in 2018, a season which started with two wins from the first six grands prix.

He is now confirmed in sixth in the drivers’ championship, with even maximum points from the remaining two races not enough to see him gain or lose a place in the standings.