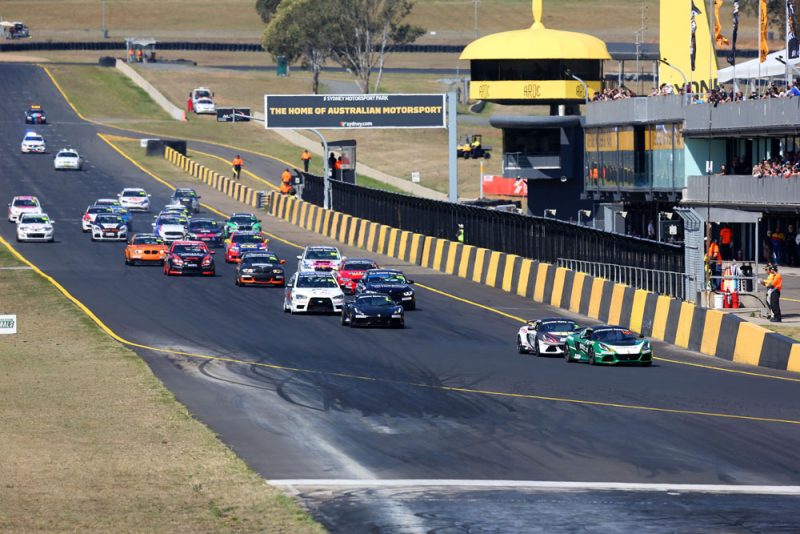 The Australian Production Car Series has released a new look calendar for its 2019 season that shares little in common with the draft released last month.

Organisers initially unveiled a draft calendar that included two standalone events as part of the five round series.

Now confirmed, the calendar will still take in five events with all but the opening round held as part of the Shannons Nationals.

Sydney Motorsport Park will host a standalone event in March, a date which sees it clash with the Virgin Australia Supercars Championship opener, Superloop 500, in Adelaide.

From there the series will head to Phillip Island, a rescheduled round at Queensland Raceway, then Sandown before wrapping up at The Bend in November.

“Between when we announced our draft calendar and now, a number of key changes have transpired – in particular of key importance was the shifting of Supercars’ long-standing Sandown date, which in turn required the Shannons Nationals to rethink their calendar for 2019,” explained category manager Iain Sherrin.

“With the Shannons Nationals new calendar seeing their Sandown weekend moved from May to the same weekend we had planned to visit Tailem Bend and with the well-publicised lack of dates in general at key venues such as these, it soon became apparent that the best way forward for all involved was a reworked calendar.”

Along with the calendar, which also includes revisions to race formats, the category announced a new naming rights agreement with tyre supplier MRF.

It will see the category known as the MRF Tyres Australian Production Car Series from next year, the first of a five year deal with an option for a further five.

Part of the deal will see the competition move to MRF as a control tyre suppler, with testing of the new rubber set to take place at Phillip Island this weekend.

“Already, the APC has conducted extensive testing on the MRF Tyre with more than 300 tyres tested across eight vehicle types including the Toyota 86, the Suzuki Swift, the BMW 130i, the Mitsubishi EVO 9, the BMW 135i, the BMW M3 and M4, and the Mercedes C63,” Sherrin explained.

“Further testing for fine tuning the tyre is booked at Bathurst and SMSP in November and also MRF has committed to running cars in a  support category spot at this week’s APC Phillip Island 6 hour, where these cars will run a full race weekend simulation including a one hour race.”

Alongside naming rights, MRF will sponsor a pole position award for each class, support junior driver development within the category, provide a hospitality lounge for teams, and create a ‘Tyre Changing Competition’ for teams with a $1,000 prize for the winners.

The 2018 Australian Production Car Series reaches its conclusion at Phillip Island this weekend.