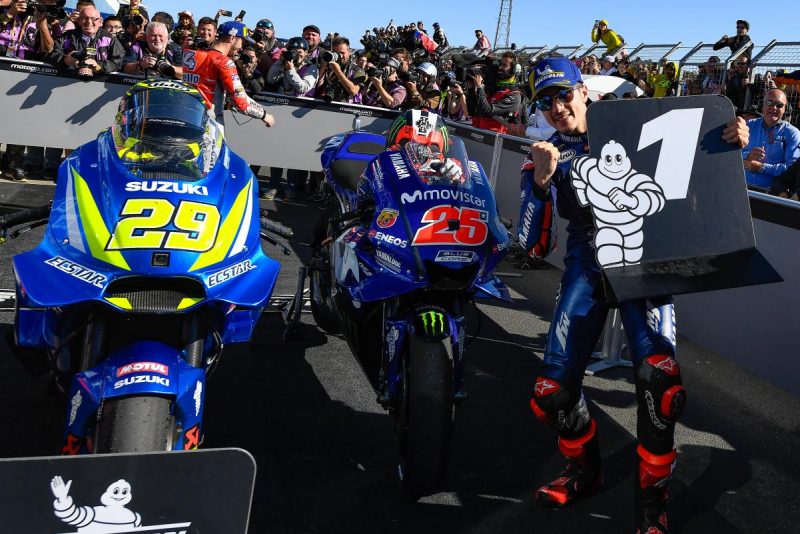 Maverick Viñales believes that he and the factory Yamaha team ‘needed’ his win in the Michelin Australian Motorcycle Grand Prix after a 25-race winless run dating back to June 2017.

Viñales took the lead on Lap 8 at Phillip Island, got as far as 4.2s ahead with six laps remaining, and while he gave up a lot of that margin he was never seriously challenged again.

The triumph comes after a shocking run of late for both the factory and Tech3 satellite Yamaha teams.

Movistar Yamaha had only one podium to show for its efforts in the preceding six races, while Tech3’s Johann Zarco now has only one top five in 12 races following his scary crash at Phillip Island.

Viñales says that the win was needed to give the team direction and confidence for 2019.

“I said on Friday we need to be good and we need to be motivated to start next year really good. For sure that win is going to give us a lot of motivation.

“We came into the weekend and I was not really motivated but I have good people around me that keep me high, keep me motivated, and today I did a little bit more.”

The Spaniard agreed, however, with pre-race comments from team-mate Valentino Rossi that Yamaha should not become complacent even if it was to win in Australia or Malaysia.

“I agree, we have great chassis but we have to recoup the electronics and the engine,” said Viñales.

“I really love the chassis because, as today, I can ride really fast when I have the chassis for my riding style but anyway, there is a lot of the way to improve and I think Yamaha is making a lot of effort.

“This year, we cannot change, because we cannot change the engine, so we want to try to make the best results in Malaysia and Valencia but for next year, if we are clever, we can have a great bike.”

The victory actually came after Viñales made yet another poor start, falling from his starting position of second to be ninth at the end of the standing lap.

He was still optimistic despite the setback due to his performances earlier in the weekend, and managed to quickly recover ground in a cagey opening to the race.

“First of all, I didn’t expect to start so bad,” conceded Viñales.

“It was incredible, when I see myself 10th, I just say ‘Man, you are stupid, what are you doing?’

“I just try to keep my concentration, we work so good this morning on the electronics and I know if I feel good I could be fast.

“Actually during all the weekend I was in the top three and I just felt good, I just say ‘Okay, now I have to push’, I don’t have to think about the tyre I just push and push.

“When I saw myself in three second (lead) I say, ‘Now I can relax a little bit’, trying to save the tyre.

“Anyway, it was close because both Andreas (Iannone and Dovizioso) were coming really fast.

“I didn’t expect to be so fast in the beginning but finally I made myself try to open enough gap, just in case I go down on the tyre I could finish the race then in front.”

Viñales remains fourth in the championship, but halved his deficit to third-placed Rossi to 15 points.

The second-last round of the year takes place at Sepang next weekend (November 2-4).