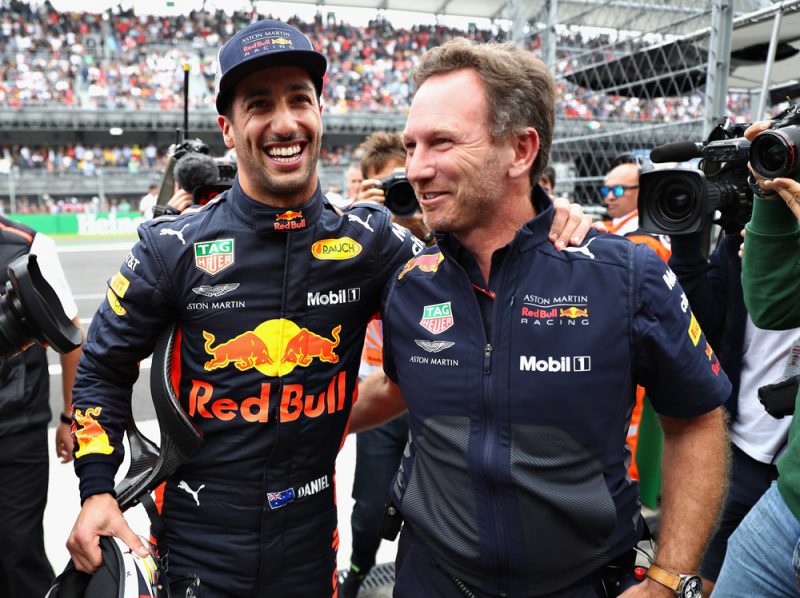 Ricciardo stole pole position from Verstappen in the dying stages of the session to head the team’s first front row lock out in five years, denying Verstappen the opportunity to become Formula 1’s youngest ever pole sitter in the process.

Verstappen had topped all three practice sessions heading into qualifying, and looked set for a maiden pole having provisionally set the fastest time before Ricciardo’s final lap.

“It’s a mighty last lap from him; second sector, and third sector he just nailed it,” Horner told Sky Sports.

“It sort of came from nowhere really.

“You could hear how happy he was on the sow down lap so really pleased for him.

“Same car, same opportunity, Daniel did the better job in Q3 so he deserves the pole,” he added of his two drivers’ performances.

“All credit to him. It’s great for the team to have both up there, we just need to do a good solid job tomorrow now.”

Though he’d been overshadowed by his team-mate heading into qualifying, Ricciardo maintains he knew he could cause an upset.

“I knew it was there somewhere. We hadn’t had the cleanest run through practice and I just knew putting the lap together would be crucial as always,” Ricciardo said.

“Obviously Max showed that all weekend, start to finish, so I just knew it was putting together a clean lap at the end.

“I still wasn’t convinced. It wasn’t the cleanest, but once I heard I got pole I got to relax a little, I’m tripping major nut sack right now.”

The result marked Ricciardo’s third career pole, and his first at a circuit other than Monaco.

“That one made it special as well. Obviously, Monaco’s the only place I’ve ever done this, so to do it here…

“I believe it was super close with Max, I heard a few hundredths, or thousandths.”

The final margin was a slender 0.026s between the Red Bull drivers.

The Mexican Grand Prix starts at 0510 AEDT on Monday.