Bradl to fill in for Crutchlow in Malaysia

Bradl to fill in for Crutchlow in Malaysia 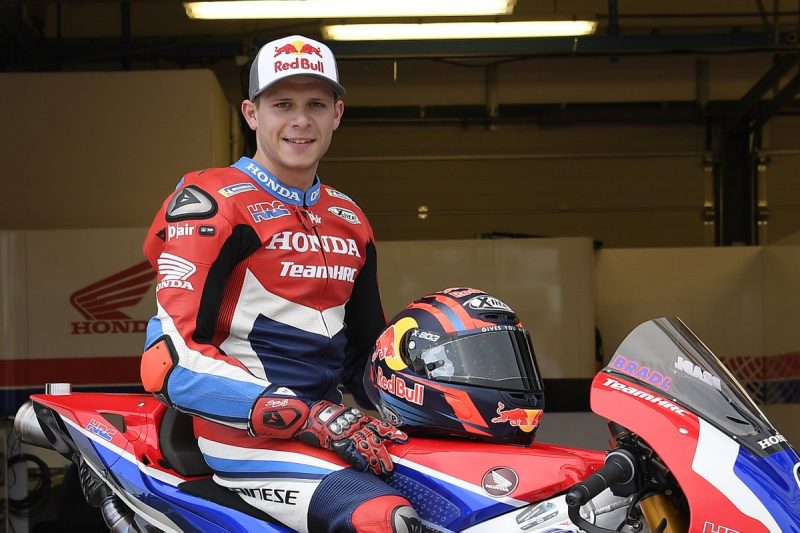 The LCR Honda team has named Stefan Bradl as Cal Crutchlow’s replacement for the Malaysian MotoGP as well as expanding on the ankle injury which he sustained at Phillip Island.

Bradl, HRC’s test rider who has made two starts as a wildcard and one as an injury replacement for Marc VDS’s Franco Morbidelli this year, was an LCR rider from 2012 to 2014.

“Obviously we are very disappointed about Cal’s crash in Friday’s FP2 session and the resulting fracture of the right ankle,” said team principal Lucio Cecchinello.

“But this is part of racing and we must accept if even if we do not like it. Cal’s orthopaedic problem will be successfully fixed in few weeks.

“The whole team wish him a very speed recovery and in the meantime we move to Malaysia for the penultimate round of the season with another LCR former racer.

“Stefan Bradl raced in LCR colours for three years in the premier class and we know all about his remarkable skills and undeniable talent.”

Bradl wished Crutchlow a quick recovery before adding, “It’s a good opportunity for me, it’s a nice comeback as we had three years together and there are a lot of people I know in the team.

“I also want to thank HRC and Lucio for reacting so quickly and professionally to this situation.”

Crutchlow went off at Doohan Corner during Free Practice 2 and was withdrawn from the Michelin Australian Motorcycle Grand Prix later that evening.

Having broken his right ankle and the distal tibia joint, he has already undergone surgery in Melbourne but only in preparation for a second procedure later in the week.

“The fracture he sustained to it involved both the ankle malleolus and distal tibia,” explained Cecchinello.

“This first surgery took 45 minutes and was simply to put the bone back into the perfect position for a second operation.

“That will take place on Wednesday or Thursday once the swelling to the ankle has gone down and will most likely involve inserting three small plates to keep the bone in place and guarantee the best possible recovery.

“The plan is that he will then be discharged three days after the second operation, which is next weekend.

“We will be in Malaysia at that time, so Cal will fly home instead and try to recover as quickly as possible. He will be able to start physiotherapy two weeks after the surgery to try and get himself fit as quickly as he can.”

From Sepang, on November 2-4, there is a fortnight until the final round of the season at Valencia.