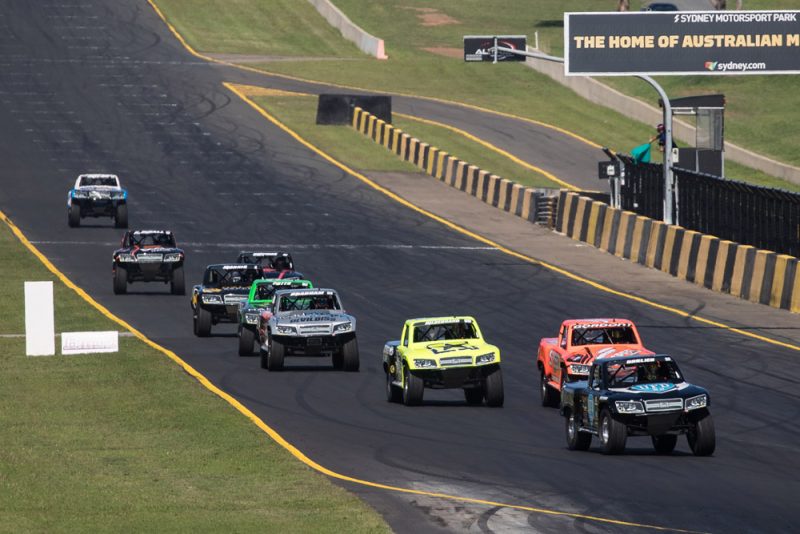 Brabham headed Gavin Harlien across the line by half a second in the 11-lap encounter with Cole Potts rounding out the top three.

Paul Morris ended the race sixth, while debutant Russell Ingall was one spot further back.

The Stadium Super Trucks will hold another Shootout Qualifier on Sunday at 1000 followed by Race 2 at 1345. 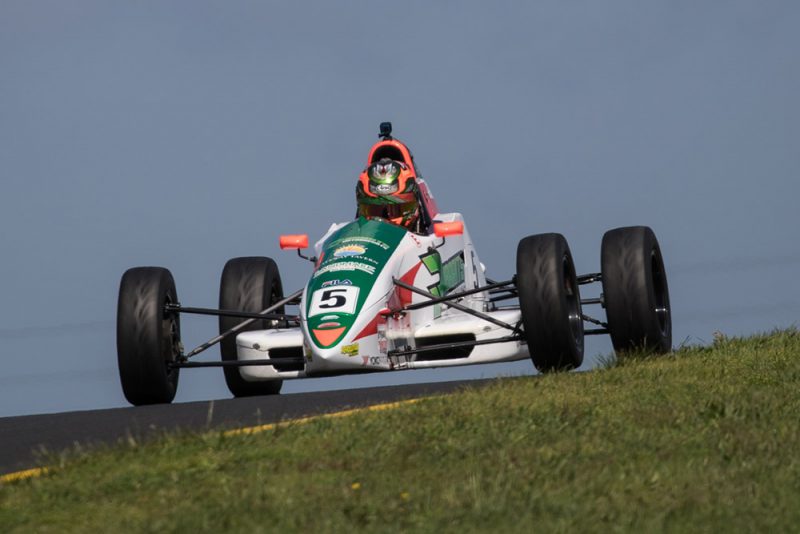 The opening Formula Ford race of the weekend went to Hamish Ribarits who has closed to within four points of the championship lead.

After leading the opening laps, Ribarits came under pressure from Herne in the closing stages and even moved into the lead on the final lap.

Using the slipstream, Ribarits reclaimed the lead as they approached the line to take the flag by just 0.0064s.

Formula Ford returns for the final two races of the year on Sunday. Title contenders Russell Wright and McAlister found themselves involved in incidents in Race 2, Wright getting home in 10th and McAlister recovering to fourth.

The TA2 Series concludes on Sunday with two further races to decide the 2018 title. 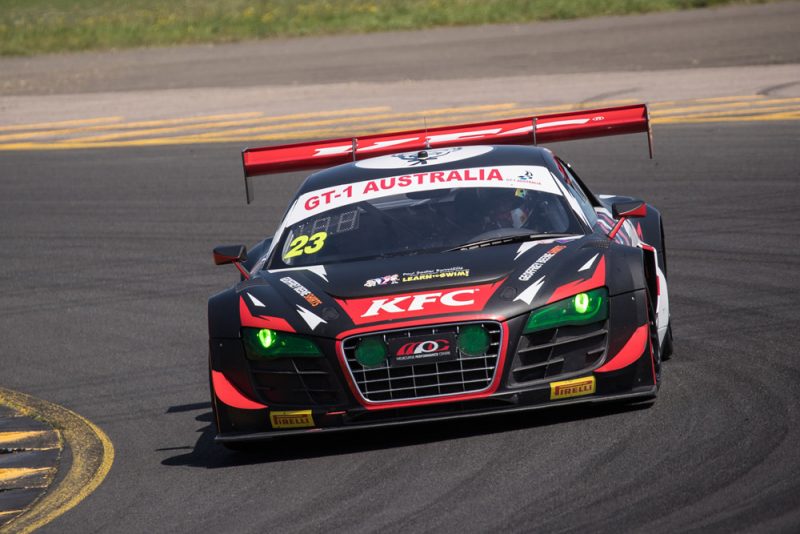 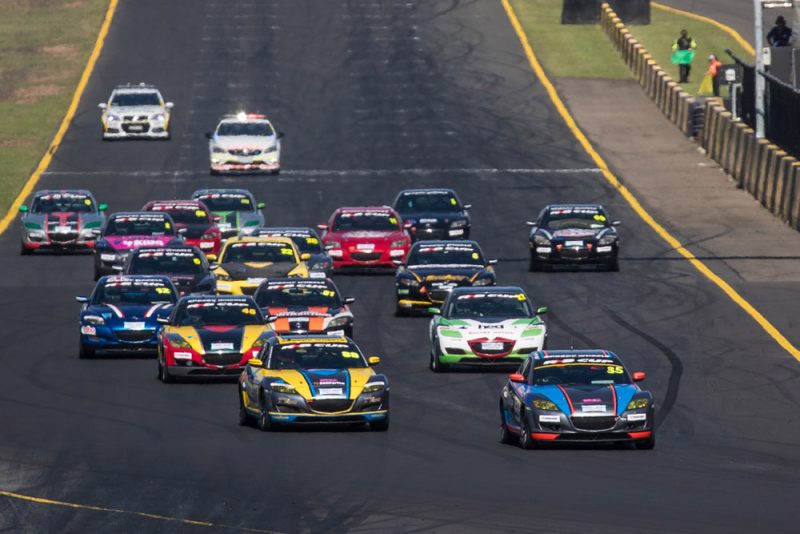 Shaw headed Stephen McLaine and Terry Lewis to win the opening race, but Aaron Prosser was third in Race 2 which ended under Safety Car after a collision between Nick Dunkley and Will Cauchi.

The Legend Cars podium was completed by Regan Angel and Zane Morse in Race 1, and Brendon Hourigan and Rick Christy in Race 2.

Lachlan Hamburg charged from fifth to win the opening IROC Challenge race of the weekend before going on to win Race 2.